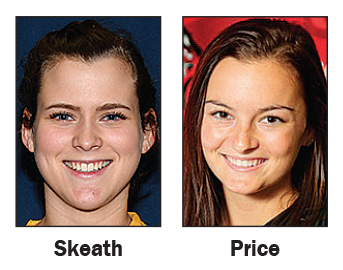 Skeath went 16-for-32 with three doubles, a triple and three home runs while racking up nine RBIs and 11 runs scored as MCC played 10 games in a span of six days. She also walked five times and stole seven bases.

Twice she hit the first pitch of the game over the fence for a home run.

On Monday, the National Junior College Athletic Association canceled all spring competitions for the remainder of the academic year. That includes all practices, regular season and postseason games, and national tournaments.

Spring sport student-athletes will maintain their year of eligibility, however.