T-R PHOTO BY NOAH ROHLFING - Marshalltown senior Bennett Hageman, right, dives into third base and is tagged out by Ottumwa’s Jesus Jaime during the second game of Friday’s CIML doubleheader at the MHS diamond.

After suffering a 13-2 defeat in the first game of Friday evening’s doubleheader with Ottumwa, Marshalltown baseball was building confidence through three innings of the nightcap. A two-run home run from Joe Harris and strong pitching kept the score tied at 2-2 heading into the fourth, with a win not out of the Bobcats’ grasp.

Six runs later, it was an opportunity missed for the Bobcats (0-11).

An error on a throw to first base turned a sacrifice bunt into a two-run triple for the Bulldogs, and from there things snowballed for Marshalltown and led to a 14-2 defeat.

Coach Derek Wrage said the team has to not let small moments turn into collapses.

“We had a good start for four innings, but we can’t have one bad thing happen and the wheels fall off,” Wrage said. “That’s sports and life — you’re going to face adversity, but you can’t let it affect you.” 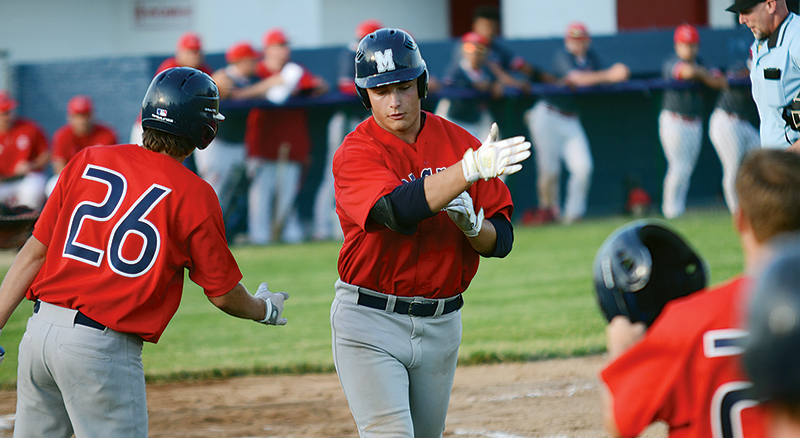 T-R PHOTO BY NOAH ROHLFING - MHS senior Joseph Harris, right, is congratulated by Jacob Van Pelt after hitting a two-run home run in the bottom of the first inning of Game 2 on Friday against Ottumwa.

Ottumwa (3-4) got off to a hot start in the first game of the evening, scoring seven runs in the first inning off of starting pitcher Tyler Dunham (only two of them were earned runs). Dunham was one of three pitchers for Marshalltown in the first game. A home run from Jesus Jaime — one of two on the day for the Bulldogs junior — set the tone early. Marshalltown answered back with two runs of its own but there was no scoring until the fourth inning when the Bulldogs put six more runs on the board to get a ten-run lead. Marshalltown had four hits: two from Patrick Landeros, one from Jacob Van Pelt and one from Jacob Wertzberger.

The issues on defense continued in the second game as errors harmed the team’s chances of pulling out the first victory of the season. The Bobcats had five errors in game one and three in game two.

Wrage said it shouldn’t be just up to the pitchers to keep opponents from scoring.

“The pitchers did their jobs,” Wrage said. “We have guys that are competitive enough that, if we have a good defense behind them, it wouldn’t look that way. But, you know, when we have our guys out here trying to get four, six, six outs, no pitcher’s good enough for that.”

The bats were swinging better for Marshalltown in both games, connecting on pitches and making swings. Wrage said a point of emphasis was to make sure the players did not strike out looking, which none did. Harris had the home run in game two. Nick Rebik had two hits and Barret Hageman had a single. 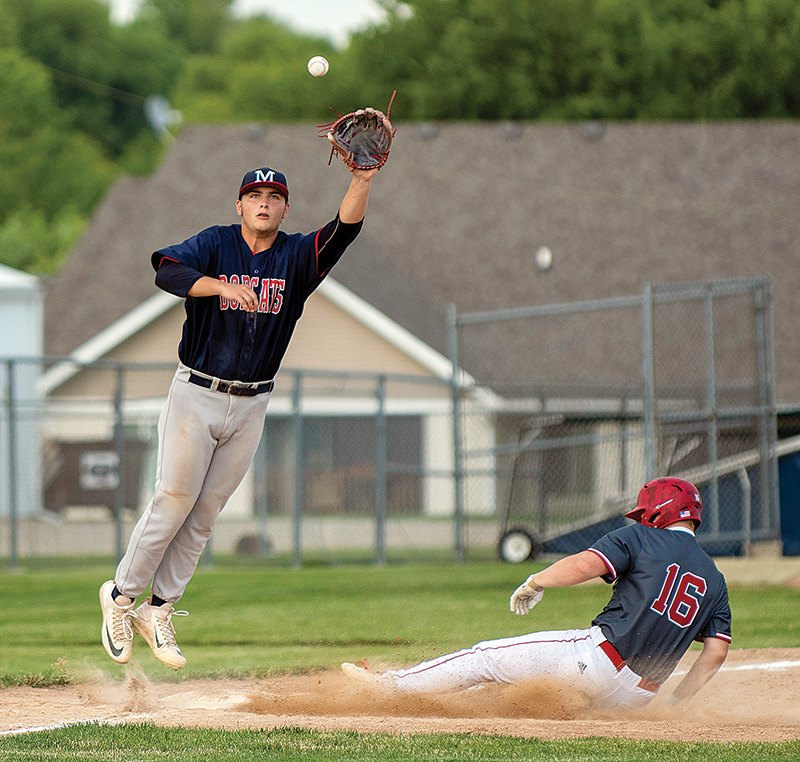 But with two weeks of the shortened season gone, Marshalltown sits without a win — against a very difficult schedule — and looking for the bright side of things in Wrage’s first season at the helm.

The Bobcats had a chance to pull through Friday, but instead, the wait for a win continues.

MHS hosts Ames for a JV/varsity doubleheader on Monday at 5 p.m. 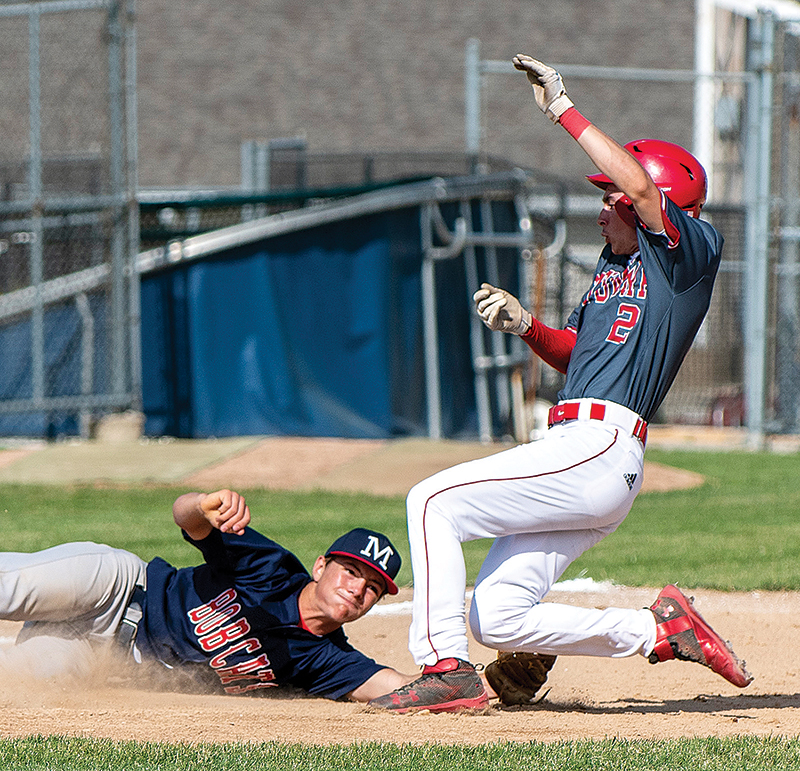 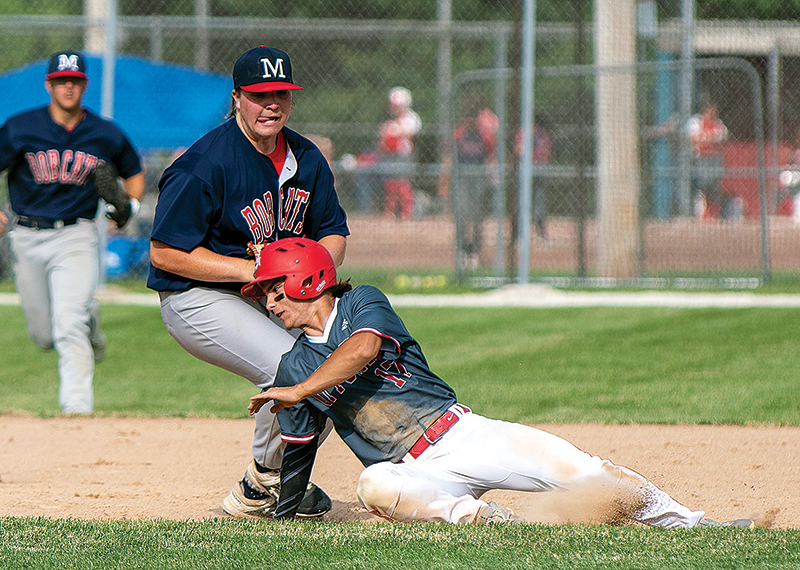