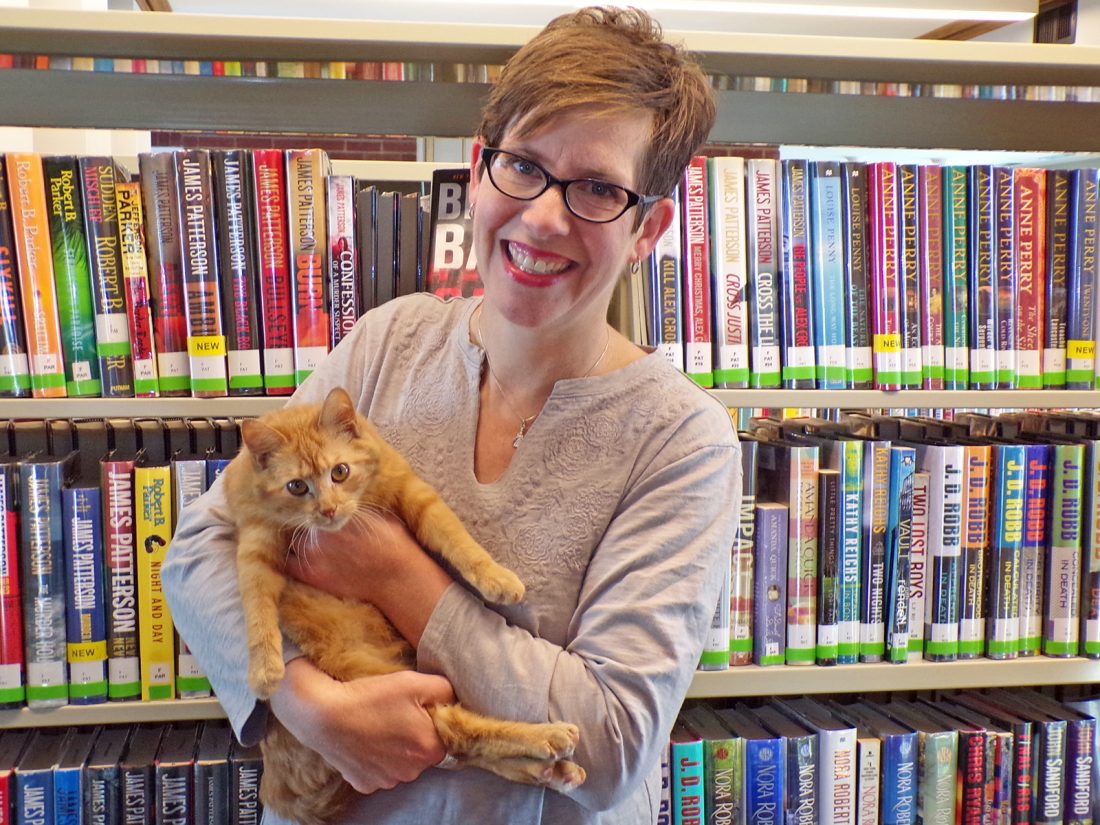 STATE CENTER — Cats have roamed libraries since the time of the ancient Egyptians. Most famously in Iowa, Dewey the cat called the Spencer Public Library home from 1988 until his death in 2006. At the Gutekunst Public Library in State Center, a stray kitten named Rosie has made a home as the library’s official pet.

The kitten first appeared on the library’s doorstep on Dec. 13.

“We didn’t find her. I think she found us,” Library Director Mara Edler said. “It was a Thursday morning and we didn’t have a cat. Then I went to lunch and came back and we had a cat. She was out by the front door and the patrons noticed her. She was still there after closing, and when my husband and I went to check on her that night. She never left.”

Initially, Edler was more interested in reuniting the cat with her rightful owner rather than taking the creature in. She made phone calls and took to social media, seeing if anyone recognized the cat.

“Nobody claimed her. We think she may have been a farm cat’s kitten. She was four months old when we found her,” Edler said.

After several guests asked Edler if the library would be adopting the cat, she decided to speak with the board of directors about the situation.

“They agreed to try it out and have us keep her,” Edler said.

The cat was given a veterinarian examination and was initially confined to staff office space.

“We had kids with their faces pressed up against the window of the office, trying to get a look at her. We know she didn’t like being cooped up but we didn’t want to let her out until she had all her shots,” Edler said.

Edler sought input about what the cat should be named.

“The name Rosie won — since State Center is the Rose Capital of Iowa,” she said. “Her full name is Rosie Agatha Christie Finch.”

Rosie has been in circulation at the library since earlier in the week, happy to now have free rein of the premises.

“When she was let out she looked around the building methodically,” Edler said of the 8,600-square foot library which recently doubled in size. “She is great for kids who don’t have a cat. We have a number of kids who just want to come in and play with her.”

Rosie can be found darting from one room to another and plopping down in front of a window to soak up some sunshine. Staff vacuums the library daily and there are signs posted informing guests of the cat’s presence, and to not let her outside.

“I love this cat. She’s the friendliest creature I’ve ever seen. She wants to be around people and greets them when they come in,” Edler said.