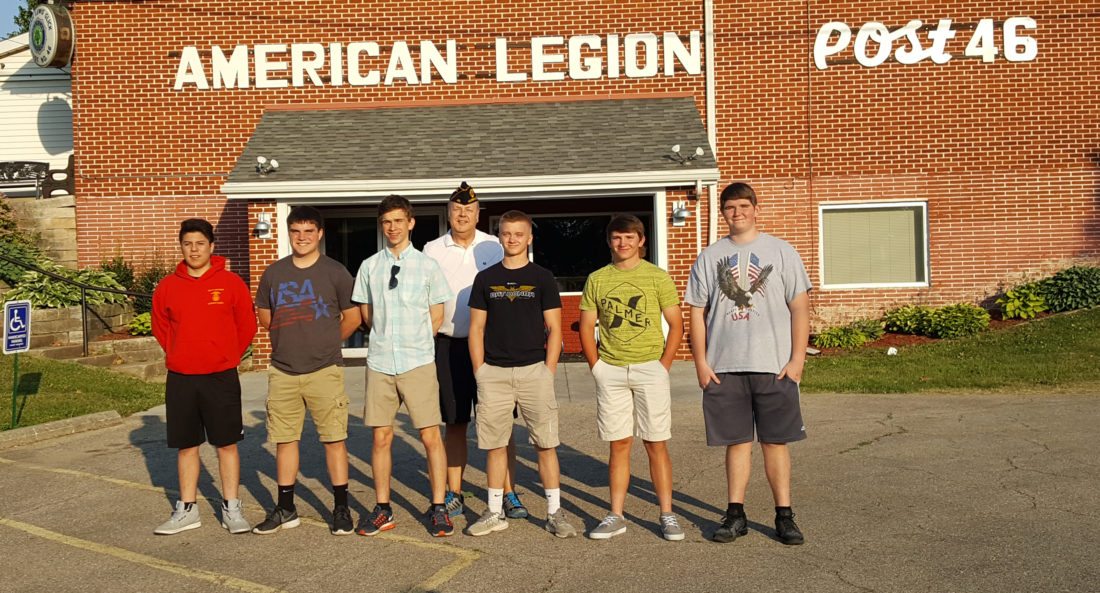 CONTRIBUTED PHOTO Pictured are the young men with Boys State Chair Don Bailey. From left to right are: Moises Garcia, David Ingram and Luke Pedersen, of Marshalltown; Wyatt Edler and Hunter Pfantz, of State Center, and Joshua Fuller, of Melbourne.

These young men, while at the week long hands-on civic education training program in citizenship and Democracy, experienced the operation of the American form of government, at multiple levels including campaigning for office in their chosen city, county and state leadership positions.

The young men also had the opportunity to hear from state and national leader’s personal experiences in government leadership, as well as the pleasure of meeting and learning from other Boys State delegates during their week in a relaxed atmosphere, to form lasting life long friendships.

Each of the boys will plan to share their Boys State experiences at future American Legion Post #46 general meetings, as well as to walk in the Iowa 2017 State Fair Veterans Day parade with Marshalltown Post #46 Veterans.