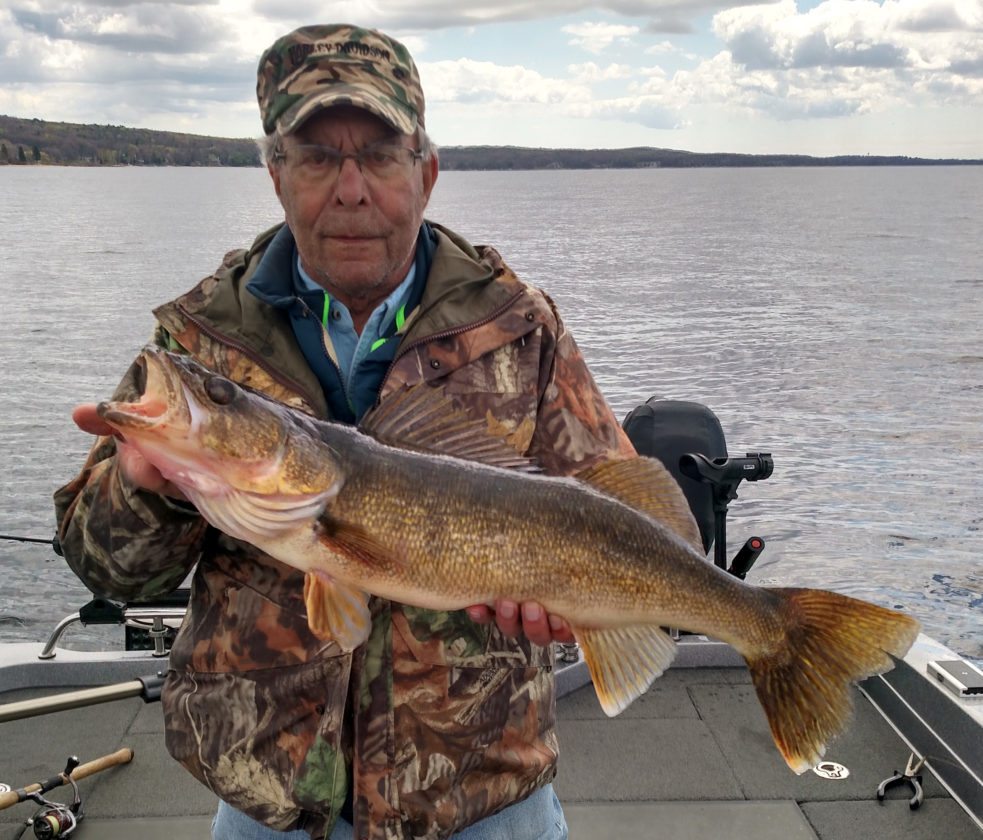 CONTRIBUTED PHOTO A walleye that was 27-1/2 inches long took a chub during a fishing excursion to Lake Michigan on May 10. Roger Kaput of Marshalltown had traveled to Wisconsin for the intent of hunting spring season wild turkeys. Well, Mother Nature had other ideas .... called rain, lots of it. At least three inches of rain fell in the vicinity of his turkey hunting areas. Standing water and mud did not seem too appealing as a place to set up a turkey blind. That is when plan B took effect .... out with the hunt and in with a fishing trip on the big water near Green Bay. All of his walleye were released after posing for photos and measurements.

PLAN B works In this case as illustrated by today’s big fish photo, when turkey hunting plans took a turn for the worst due to lots of rain, muddy fields, and the quite valid idea that even wild turkeys do not like to strut in shallow standing water, it was time to switch gears and make the most out of the situation. Roger Kaput and friends decided that plan B was an excellent idea. So they went fishing on Lake Michigan above Green Bay, Wis.

A day on the water of Lake Michigan can be very special. And it certainly made for an excellent outdoor adventure. Roger was able to catch a number of walleyes, many in the range of 25-26 inches. His biggest and best for the morning outing was this 27-1/2 incher. It hit the scale at a tad over 7.5 pounds. All the fish were returned to the water with perhaps a bit more “education” about what looks like a bait fish with a hook stealthily contained in the lure.

WALLEYE always get a lot of attention in late April either at Iowa’s Lake Rathbun or the great lakes of northern Iowa. DNR fisheries bureau staff have a short window of time to net and collect mature walleye females and males that are about to spawn. The process of egg collecting is critical to an ongoing fisheries management program. The goal was met but not without difficulties including ice covered lakes, late winter snow storms, and having to wait one whole week for the weather to become more cooperative.

Netting operations ended at Lake Rathbun on April 15, one full week before netting even started at East Okoboji, Big Spirit and West Okoboji. Storm Lake fisheries crews finished walleye netting on April 24, which is much later than typical years. Ice went out on the Iowa Great Lakes on April 29 breaking a previous record that had stood since 1951. “All three of the Iowa Great Lakes have never gone out on the same day before” said Mike Hawkins, fisheries biologist at Spirit Lake. While crews were ready to do the night netting work as planned, Mother Nature had other ideas. So the human side of this equation had to adjust, improvise and wait. Persistent ice made it difficult to get the job done.

But the crews did get the job of walleye egg collecting accomplished. More than 100 quarts in a single day at Storm Lake were taken, a deed never done before. As it turned out, egg collection timing worked out well bringing in the second highest amount ever collected. Iowa is one of the top producers of walleye fry (newly hatched fish) in the United States, second only to Minnesota. Iowa DNR fisheries folks will release 151.5 million walleye fry this spring, which is the majority. Some however will be raised at hatcheries to a length of about two inches. This number is 1.1 million and they will be stocked into lakes, rivers and streams later this summer. An additional 340,000 walleye fingerlings will be raised until they are 6-9 inches, and then will be stocked later this fall at selected locations.

Sand Lake will get some of these walleye fry just as they have in past years. Somewhere in Sand Lake have to be a few bigger walleye from stocking efforts of past years. So if your itch to go fishing needs to be satisfied, a close to home alternative exists right here locally at Sand Lake. But if you want to journey to Green Bay, Wis., call Roger Kaput for his insight into his successful plan B excursion.

LICENSE FEES for DNR hunting, fishing, and fur-harvesting will see an increase beginning Dec. 15, 2018. This is a long overdue need to put some financial muscle into maintaining funding for essential services. It passed the Iowa Legislative body this year and will go down as one of the most important bills passed for DNR support. The bill takes a new approach to how license fees can be set and adjusted periodically in a much more efficient manner. In former years, license fees had to be specifically set by legislation. The downfall of this approach had always been the lag time to get any fee increases just to keep up with the cost of doing business. And many times in the past when the need was duly noted, legislation to change fees did not follow.

That will change next year. The process is updated to give authority for the Natural Resource Commission to establish fee amounts through the administrative rules process. The process still has oversight for the General Assembly to nullify, amend or accept recommendations to the Rules Committee. However, this new flexibility will allow a more business like approach to services rendered. It will allow for a much closer match of funding income to services.

At this point, the DNR is anticipating to seek a 17 percent fee increase through the rule process this summer. If approved, new hunting/fishing and fur-harvesting license fees will go into effect on Dec. 15, 2018. This increase will generate and estimated $3.85 million for use during 2019. Iowa residents will cover the bulk of this funding stream at $2.75 million. Non-residents will pay in to the tune of $1.1 million. As this scribe has mentioned in past Outdoors Today stories, conservation work is accomplished by professionally trained people who have the credentials from Universities or colleges in fields of natural resource subjects. The work is important, and it costs money to overlook, maintain, and do wildlife/fisheries research. So I for one welcome the new fee setting process to keep up with changing times. A big thank you is in order to the Iowa Legislature for sending this bill component to the Governor for her signature. I’ll provide updates on the proposed DNR license fee schedule in a future column. Stay tuned.

Another sideline change to deer hunting licenses regarding young Iowans. A youth license for deer is offered. During that time of special early seasons on deer, the youth may or may not be in the right place at the right time to harvest a deer. Now new legislation will allow for a an unfilled youth license to stay valid and be used during another deer season as long as they comply with season specific rules of take. Examples will include archery deer if that is the method a youth prefers. Or the tag could be used at a muzzleloader season or a shotgun deer time frame.

DNR officials should not have to repeat the obvious concerning new baby wildlife in the Spring. But, alas, somewhere someone will think they know more about how to care for baby birds, baby raccoons, baby deer, or baby rabbits than the wildlife parents. This is a repeat case of the uniformed thinking a “rescue” is in order when it isn’t. Leave wildlife babies alone. Watch from a distance only. Avoid emotional feelings to get involved. Let nature’s wildlife mothers do the work they were designed to do. “All wildlife species have highly specific needs for survival” says Karen Kinkead, Wildlife Diversity Program coordinator with the Iowa DNR. Remember, a “rescue” of baby wildlife animal not only shows bad judgment, it is illegal. Tyson Brown, conservation officer for Marshall and Grundy counties will back up that statement 100 percent. It would be a very good idea to not argue with him. A word to the wise. So be wise.

“A good laugh and a long sleep are the best cures for anything.” 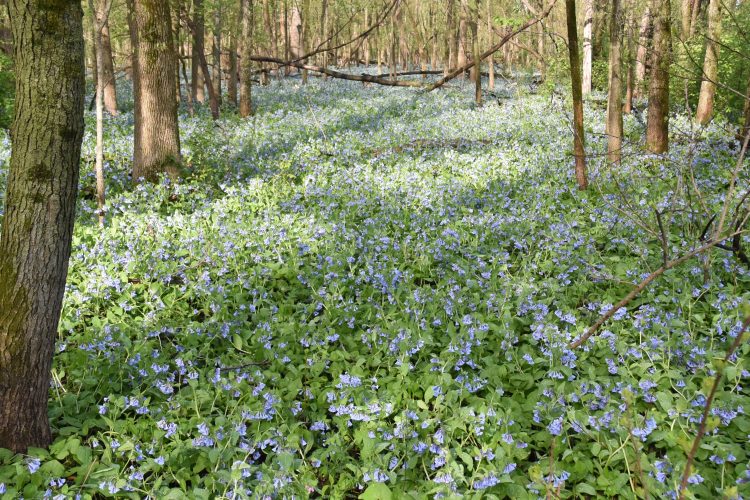 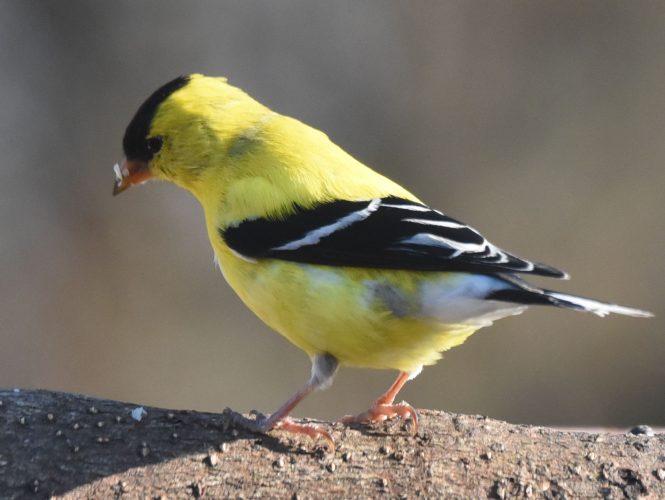 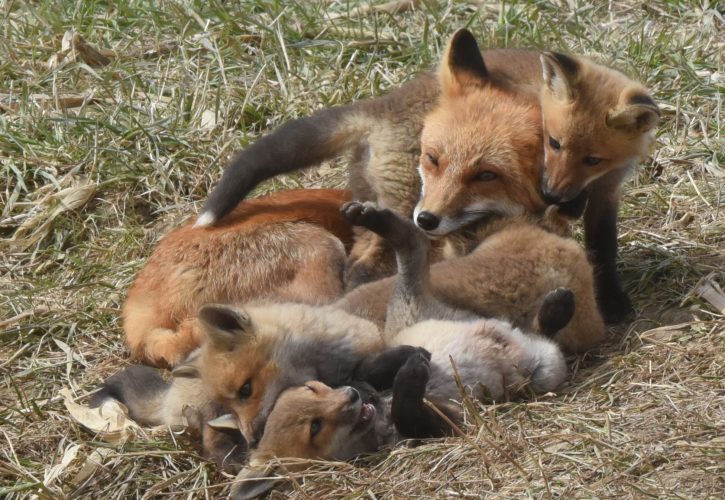 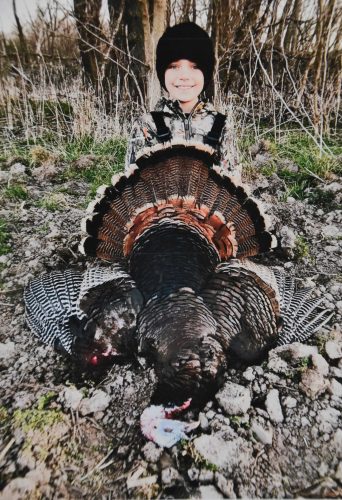