Everything is pretty good in ‘The LEGO Movie 2’ 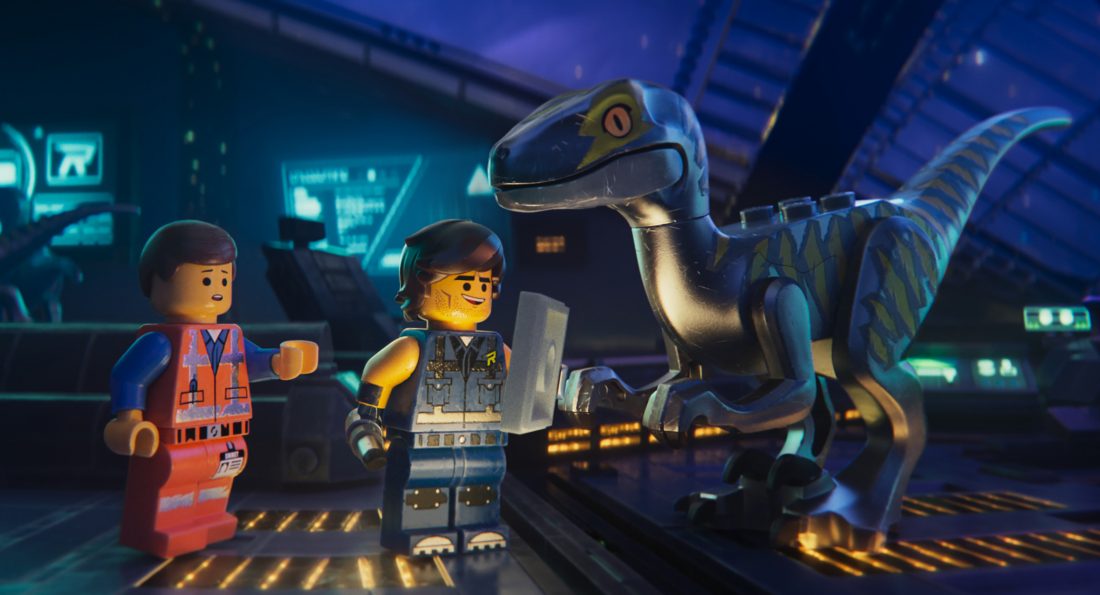 “The LEGO Movie” is a hard act to follow. Its world was so fresh and vibrant and unexpected, it’s no wonder that it spawned a number of spinoffs of varying quality. But the big test was always going to be the sequel and whether or not it could recreate the magic of the first. And I’m pleased to report that “The LEGO Movie 2: The Second Part “ is pretty darn good, but also you can’t help shake the feeling that it’s just never going to live up to the exciting newness of the first.

The script, written by Phil Lord and Christopher Miller, is once again whip-smart. Jokes and clever pop culture references whizz by at lightning speed and you’ll be lucky to catch even half of them on the first watch. Even the songs (there are a few more this time) are packed with Lord and Miller wit. And you’ll definitely want to stay for the credits song which, oddly enough, is one of the best parts of the movie despite not really being part of the movie.

But there’s something that’s lost in this round. With a new director at the helm in Mike Mitchell (“Trolls,” ”Sky High”) you sense sometimes that the film is just going through the motions. Still, it has charm and winking fun to spare and kids will likely adore it just as much.

The movie starts by establishing the introduction of a little sister, and all the chaos and destruction and cuteness that implies. Her LEGOs are oversized and adorable, and really throw the more traditional LEGOs of the brother’s world for a loop, wrecking all the meticulous buildings of Bricksburg.

An abrupt cut to five years later finds Emmet (Chris Pratt), Wyldstyle/Lucy (Elizabeth Banks), Batman (Will Arnett), Unikitty (Alison Brie), Benny (Charlie Day), MetalBeard (Nick Offerman) and all the favorites of the first living in a “Mad Max” homage they call Apocalypseburg (which they say is “grittier and cooler” than Bricksburg). Emmet is still Emmet, though, bright, cheery and optimistic even while everyone else is brooding and scowling. He even builds a cookie cutter house for himself and Lucy with a picket fence, a front yard, and a toaster room, you know, so they can eat toaster waffles anytime.

Lucy tells Emmett she wishes he could grow up, like her, but before their fight is resolved, aliens from the Systar system attack and take Lucy, Batman, Benny and Unikitty hostage for a marriage ceremony on their planet. Left behind, Emmet goes off to rescue them and teams up with a new character, Rex Dangervest, who is also voiced by Pratt, in a very self-aware riff on his own movie stardom. He’s a “galaxy-defending archaeologist, cowboy and raptor trainer” who enjoys showing off his “chiseled features that used to be hidden under baby fat.”

Rex’s crew is made up entirely of velociraptors, who sound like the Jurassic Park/World velociraptors but here are given subtitles. It’s an inspired bit that made me laugh every time. He and the Systar System people like General Mayhem (Stephanie Beatriz) and Queen Watevre Wa’Nabi (Tiffany Haddish) are all delightful, and refreshingly new. But the film does start to drag on just a big, and even feel rather similar to “Toy Story 3” at times. It’s not entirely their fault, once the real world element was revealed in the first “LEGO Movie,” there are only so many directions you can go and the big stakes that all toys face being forgotten and the threat of being shoved away into storage.

I’m not sure just how much more the studio can mine out of this concept that was once so brilliant. But happily, “The LEGO Movie 2” doesn’t destroy everything the first worked so hard to build. It’s just trying very hard to be exactly the same.

“The LEGO Movie 2: The Second Part,” a Warner Bros. Pictures release is rated PG by the Motion Picture Association of America for “for some rude humor.” Running time: 106 minutes. Three stars out of four.