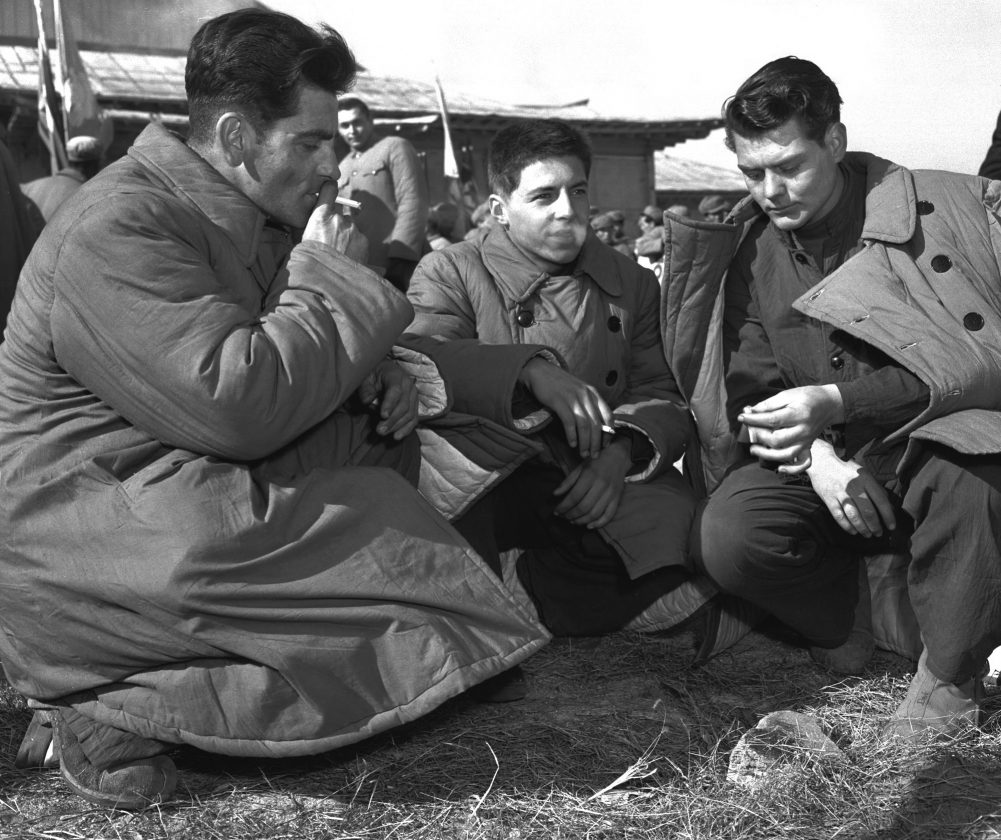 ALBUQUERQUE, N.M. — To escape the poverty of South Texas migrant camps, Homer Garza joined the U.S. Army. Months later he and his company found themselves surrounded in South Korea by an invading North Korean force.

Garza’s story is one of many shared in the PBS documentary “KOREA: The Never-Ending War.” The film, a production of WETA Washington, is scheduled to air on most PBS stations Monday and examines the lasting social and political costs of the Korean War — a conflict largely forgotten in the U.S. It also tells the story of a war that redefined the region from the perspective of families, U.S. veterans and journalists.

Filmmaker John Maggio said he wanted to create something that wasn’t focused on solely on views of ambassadors and historians but real people affected by the war. In addition, he wanted his project to explain why tensions between North and South Korea remain nearly 70 years after a series of diplomatic blunders and violent massacres.

“I also was curious. My uncles fought in the Korean War and never talked about it,” Maggio said. “My granduncles were in World War II and always talked about it.”

Former CIA analyst Sue Mi Terry is among those interviewed in the film. But instead of merely laying out strategic mistakes made by the U.S., she details how an imaginary border — the 38th parallel — dreamt up by the U.S. eventually divided her family. Such painful family separations, and the legacy of violence, still define tensions that remain today.

The Korean War, which took place from June 1950 to July 1953, claimed millions of Korean lives and more than 50,000 U.S. troops in a conflict between North Korea backed by communist countries and South Korea, a military dictatorship supported by the U.S. The war ended in a stalemate, and tensions would continue through 13 U.S. presidents. There was even a diplomatic meeting in the New Mexico desert in 2003 between North Koreans and former New Mexico Gov. Bill Richardson trying to chill heated rhetoric after North Korea announced it was developing nuclear weapons.

Maggio said the Korean War was a precursor to the Vietnam War and defined how the U.S. would participate in its own series of massacres against civilians caught up in the Cold War domino game.

For example, an investigation team, led by former Associated Press correspondent Charles Hanley, later uncovered atrocities committed by U.S. troops against helpless South Korean refugees during the early days of the war. The AP spent months tracing veterans in some 130 interviews by telephone and in person and a dozen former G.I.’s spoke out to document a massacre under a bridge near No Gun Ri that claimed the lives of hundreds of people.

Garza, who arrived after the No Gun Ri massacre, confirmed in the documentary that soldiers were giving orders to shoot anything that was in front of them.

“To understand North and South Korea today, you have to look at the war 70 years ago and the people hurt by it,” Maggio said.