Film on factory is first Netflix project endorsed by Obamas 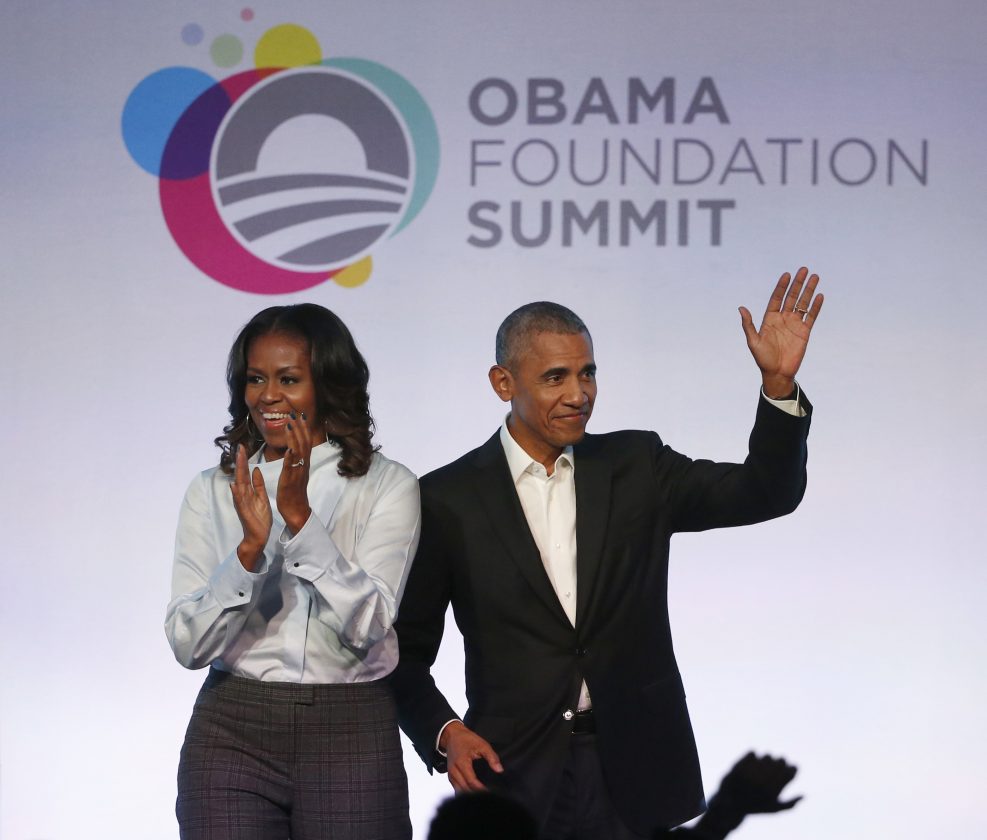 NEW YORK — A documentary about an Ohio auto glass factory that is run by a Chinese investor debuted Wednesday on Netflix as the streaming service’s first project backed by Michelle and Barack Obama’s new production company.

Filmmakers Steven Bognar and Julia Reichert said they learned of the Obamas’ interest after “American Factory” was shown at the Sundance film festival and they were pitching the film to Netflix. They were told the Obamas had screened it days earlier.

They’re ecstatic about the support, and in an interview Wednesday were quick to dissuade anyone from the idea that the film is delivering a message either for or against any politician.

“They got what we were trying to do, which is to tell a story that sort of transcends the year-to-year politics,” Bognar said.

Bognar and Julia Reichert, who live in the Dayton, Ohio, area where Fuyao Glass replaced an abandoned General Motors plant, said they were initially interested in exploring a culture clash, but the film deepened into a story about the rights of workers, globalization and automation.

The Fuyao plant, bought by Chinese industrialist Cao Dewang, employs some 2,200 American and 200 Chinese workers. The film gives a close-up look at how the cultures adjust to one another. At one point, a Chinese worker explains that Americans are slow because they have fat fingers. Many Chinese at the plant consider the Americans lazy. The Americans at the plant question what they see as Chinese workers unquestioned devotion to a company that robs them of time to enjoy life.

At the factory’s opening ceremony, Dave Burrows, the vice president of the American factory, privately curses out Ohio Sen. Sherrod Brown for suggesting that the Chinese owner be open to running a union shop. Two years later, after he’s been fired, Burrows drives by the factory and bitterly notes that you can’t spell Fuyao without an “f” and “u.”

Tensions rise when the factory doesn’t initially meet production goals, culminating in a bitter fight over the right to unionize.

In one of the last scenes, an employee gives Cao a tour of the factory floor and boasts about how automation provides Fuyao with the opportunity to fire workers.

The name of the Obamas’ company, Higher Ground, flashes by in the opening credits, but the Obamas themselves aren’t mentioned anywhere. Neither is President Donald Trump.

Netflix worked in partnership with Higher Ground to acquire the film from Participant Media earlier this year, and gave no details about the financing. Netflix released a brief clip Wednesday of the Obamas discussing their interest in the project with the filmmakers.

“One of the many things I love about this film … is that you let people tell their own story,” the former first lady said. “‘American Factory’ doesn’t come in with a perspective. It’s not an editorial. I mean, you truly let people speak for themselves, and that is a powerful thing that you don’t always see happen.”

Former President Obama said that they want people to look outside of their own experiences to understand the lives of others.

That “is what a good story does,” he said. “It helps all of us feel some solidarity with each other.”

Reichert said she’s seen some commentary that the Obamas were interested in the film as a criticism of Trump, and said that was stupid.

“It has zero to do with Trump or Obama, or the political scene at all,” she said. “It’s about the lives of average working people in the heartland. It’s really a close up and intimate look at what globalization looks like.”

One of the American workers is shown bonding with Chinese colleagues, inviting several to a Thanksgiving dinner and to drive his motorcycle. Later, the worker is fired because it took him too long to use a computer.

Reichter said she and Bognar were grateful to Cao for allowing them access to the factory. The company chairman mostly comes off as a cold-blooded capitalist, but one arresting scene toward the end shows him wrestling with his legacy.

“We hope that people realize that without empathy for people who are different from you, you’re not going to solve the political divide,” Bognar said. “We’re not going to solve gaping problems in this world. You have to put yourself in someone else’s shoes to help see and feel other people’s points of view.”