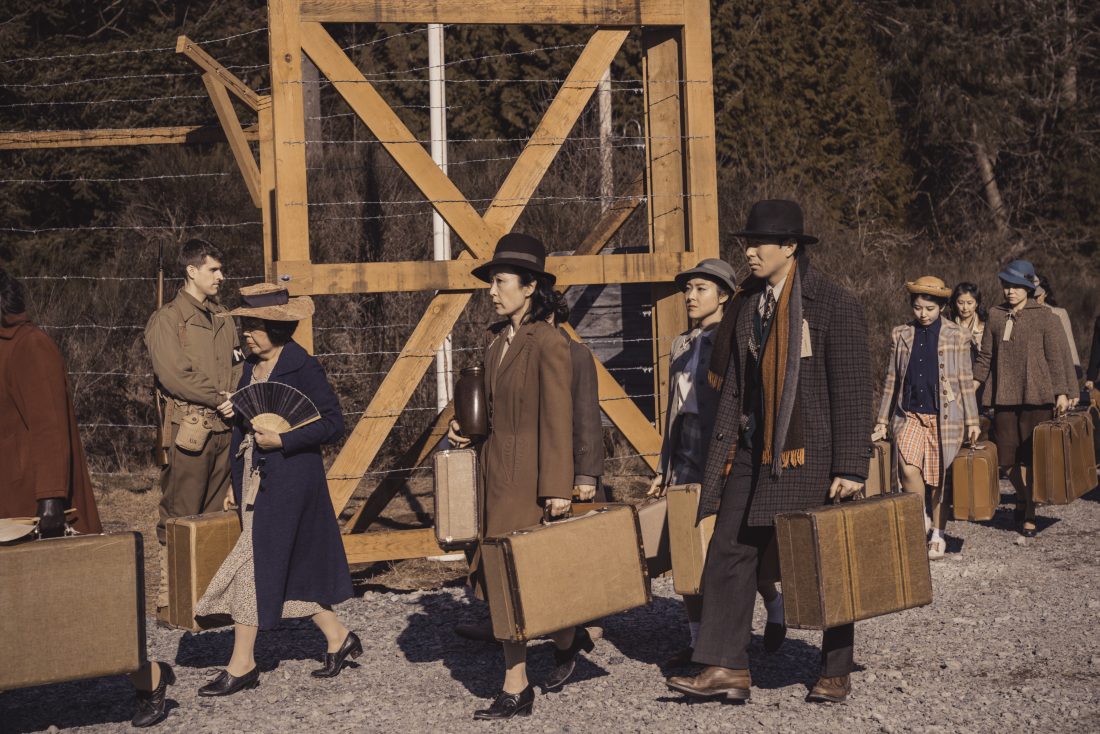 Ed Araquel/AMC via AP
The second season of an AMC-TV drama series scheduled to premiere Monday follows the internment of Japanese Americans during World War II and a number of bizarre deaths haunting a Japanese American community.

ALBUQUERQUE, N.M. — The second season of an AMC-TV drama series follows the internment of Japanese Americans during World War II and a number of bizarre deaths haunting a community.

“The Terror: Infamy” is set to premiere Monday and stars Derek Mio and original “Star Trek” cast member George Takei as they navigate the forced internment and supernatural spirits that surround them.

It’s the first television series depicting the internment of Japanese Americans on such a massive scale and camps were recreated with detail to illustrate the conditions and racism internees faced.

The show’s new season is part of the Ridley Scott-produced anthology series.

Mio, who is fourth-generation Japanese American and plays Chester Nakayama, said he liked the idea of adding a supernatural element to a historical event such as Japanese American internment. He says he had relatives who lived on Terminal Island outside of Los Angeles and were taken to camps.

Residents there were some of the first forced into internment camps after the 1941 attack on Pearl Harbor.

“If you add the supernatural element, it’s a little more accessible and now it’s like a mainstream subject and it can open up more discussion about what really happened and what’s going on right now,” Mio said.

It was a role personal to him as well. “It’s not just another kind of acting job for me,” Mio said. “I really do feel a responsibility to tell this story that my ancestors actually went through.”

From 1942 to 1945, more than 110,000 Japanese Americans were ordered to camps in California, Colorado, Idaho, Arizona, Wyoming, Utah, Texas, Arkansas, New Mexico and other sites.

Executive Order 9066, signed by President Franklin D. Roosevelt, forced Japanese Americans, regardless of loyalty or citizenship, to leave the West Coast and other areas for the camps surrounded by barbed wire and military police. Half of those detainees were children.

Takei, who was interned in a camp as a child, said he was impressed with the show’s research into recreating the camp.

“The barracks reminded me again – mentally, I was able to go back to my childhood. That’s exactly the way it was,” Takei said. “So for me, it was both fulfilling to raise the awareness to this extent of the terror. But also to make the storytelling that much more compelling.”

The series also involves others who are connected to historic World War II events. Josef Kubota Wladyka, one of the show’s directors, had a grandfather who was in Hiroshima when the atomic bomb dropped and managed to survive.