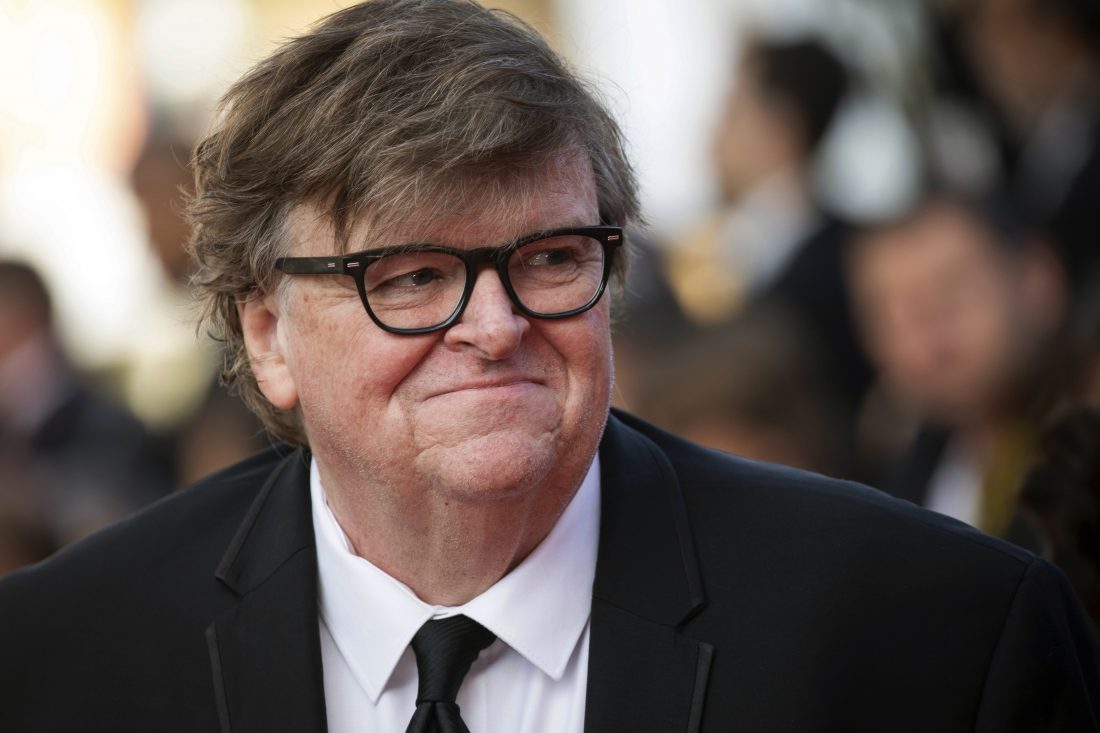 FILE - This May 25, 2019 file photo shows Michael Moore at the awards ceremony of the 72nd international film festival, Cannes, southern France. In "Planet of the Humans," which premiered Wednesday, July 31, at the Traverse City Film Festival, he and director Jeff Gibbs pull the curtain back on the false promises of alternative energy, from electric cars to windmills and biomass, and expose why they're not working. (Photo by Vianney Le Caer/Invision/AP, File)

LOS ANGELES — What if alternative energy isn’t all it’s cracked up to be? That’s the provocative question explored in the documentary “Planet of the Humans,” which is backed and promoted by filmmaker Michael Moore and directed by one of his longtime collaborators. It premiered last week at his Traverse City Film Festival.

The film, which does not yet have distribution, is a low-budget but piercing examination of what the filmmakers say are the false promises of the environmental movement and why we’re still “addicted” to fossil fuels. Director Jeff Gibbs takes on electric cars, solar panels, windmills, biomass, biofuel, leading environmentalist groups like the Sierra Club, and even figures from Al Gore and Van Jones, who served as Barack Obama’s special adviser for green jobs, to 350.org leader Bill McKibben, a leading environmentalist and advocate for grassroots climate change movements.

Gibbs, who produced Moore’s “Bowling for Columbine” and “Fahrenheit 9/11,” didn’t set out to take on the environmental movement. He said he wanted to know why things weren’t getting better. But when he started pulling on the thread, he and Moore said they were shocked to find how inextricably entangled alternative energy is with coal and natural gas, since they say everything from wind turbines to electric car charging stations are tethered to the grid, and even how the Koch brothers are tied to solar panel production through their glass production business.

“It turned out the wakeup call was about our own side,” Gibbs said in a phone interview. “It was kind of crushing to discover that the things I believed in weren’t real, first of all, and then to discover not only are the solar panels and wind turbines not going to save us … but (also) that there is this whole dark side of the corporate money … It dawned on me that these technologies were just another profit center.”

Both know the film is going to be a “tough pill to swallow.” It was a difficult eye-opener for them as well.

“We all want to feel good about something like the electric car, but in the back of your head somewhere you’ve thought, ‘Yeah but where is the electricity coming from? And it’s like, ‘I don’t want to think about that, I’m glad we have electric cars,'” Moore said. “I’ve passed by the windmill farms, and oh it’s so beautiful to see them going, and don’t tell me that we’ve gone too far now and it isn’t going to save us … Well, my feeling is just hit me with everything. I’m like let’s just deal with it now, all at once.”

It’s part of the reason why they had to make it independently. Gibbs said he tried for years to get an environmental group on board to help offset the costs, only to be turned down at every door. He was further disheartened when, in the film, he approaches people like Jones, McKibben and a local Sierra Club leader, and asks them about their stance on biofuel and biomass. Biomass, like wood and garbage, can be used to produce heat and is considered a renewable source of energy. It can also be converted to gas or liquid biofuels that can be burned for energy.

He finds every one ill-prepared to comment on their stance about the biomass process, which the documentary says requires cutting down enormous numbers of trees to produce the woodchips that are converted into energy. Neither McKibben nor Jones responded to request for comment from The Associated Press.

“I like so many people in the film and I’m one of those people who wanted to believe all of these years that that was the right path,” Moore said. “(But) I refuse to let us die out. I refuse to let this planet die.”

They were even nervous to show it to the festival crowd, where they expected maybe a “50-50 response.” Instead, they got a standing ovation. And there were even members of The Sierra Club there.

“It’s up to people who actually share the same values to sometimes call each other out and bring out the uncomfortable truths,” Gibbs said. “This is not a film by climate change deniers, this is a film by people who really care about the environment.”