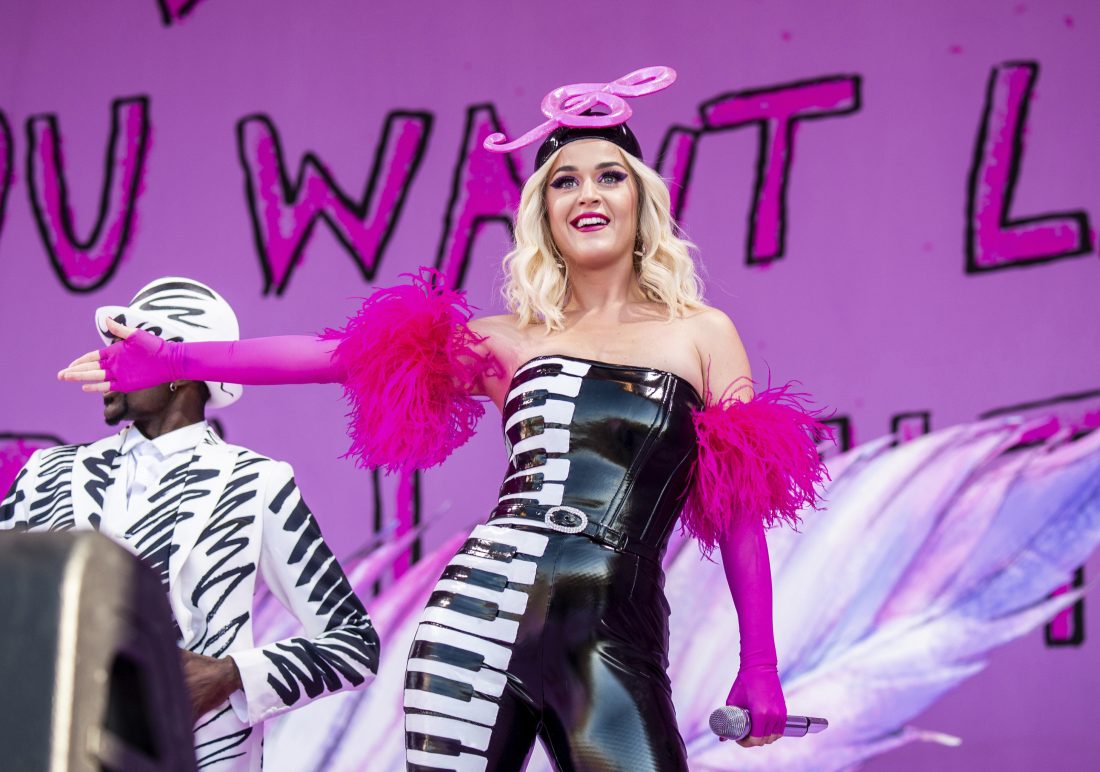 LOS ANGELES — To show that Katy Perry and the team that wrote her 2013 hit “Dark Horse” may have heard his song and stole from it, Christian rapper Marcus Gray’s primary evidence was that his 2009 song, “Joyful Noise” had plays in the millions on YouTube and Spotify.

Plaintiffs in copyright cases like Gray, who won a $2.78 million victory over Perry and her co-writers on Thursday, must prove that the artist who stole from them had a reasonable opportunity to hear a song that was widely disseminated, a principle lawyers simply refer to as “access.”

But does access have any meaning in a streaming era when almost everyone has access to almost everything?

The question, as other issues at Perry’s high-profile trial did, suggested that technology may be outpacing copyright law, and that more David vs. Goliath victories for relatively obscure artists like Gray over superstars like Perry may be the result.

“The law around it is a two-pronged test, access and substantial similarity,” Michael Kelber, a Chicago attorney who specializes in intellectual property and technology, told The Associated Press on Friday. “The fact that the access prong is so much easier to show, that can be some potent evidence for a jury.”

Kelber said the Perry decision may show that “the floodgates are starting to open on these cases.”

“It’s not hard to get thousands of watches and likes,” he said.

Perry’s attorney Christine Lepera said after the decision that Gray’s team had shown “no evidence of access” as she vowed to vigorously fight the verdict.

Courts have long seen a steady stream of similar lawsuits filed by minor artists against major ones alleging song theft. Traditionally many of them have been thrown out simply because the plaintiff had no way of proving the artist heard their song, unless they had given them a tape, opened for them in concert or had some similar proof.

“Whereas 20 years ago, where everything was controlled by the music industry, now anybody who wants a song can hear it, or stumble across it somehow,” said Timothy Foster, a New York attorney who works on copyright cases including a current lawsuit where a singer is suing Carrie Underwood over her “Sunday Night Football” song. “It’s easier to argue that they could have. Maybe Pandora played it for them on one of their random playlists one day.”

Foster said it’s not even “required that they actually knew of the song, but they may have subconsciously replayed it, even if they didn’t know or understand they were doing that.”

“The wider spread something is,” Foster said, “the easier it is to show that they either did or could have had access to it.”

Neither Kelber nor Foster is involved in the Perry case.

Gray’s attorneys did make other arguments for ways Perry or one of her co-writers may have heard the song, including some radio play, concerts in public spaces, and the recording being played in arenas and similar venues.

The album the song was on was even nominated for a Grammy, though not in a category that makes the show on television.

And they often pointed out in court that Perry’s own career began as a Christian artist, though she testified during the trial that she listened almost exclusively to secular music even then.

Perry’s team called the decision “travesty of justice,” saying it’s dangerous to music and creativity for such cases to prevail on such thin evidence.

“We’ve been receiving outcry from people all over the world, including musicologists,” Lepera said.

They have already filed a motion for the trial judge to throw out the verdict that will get a hearing, and they will almost certainly appeal to a higher court where the broad decision made by the jury could be severely tested.

Gray’s attorney Michael A. Kahn said after court that he would be happy to fight for a decision that was “fair and just,” though the award fell well short of the nearly $20 million he sought for his clients.

The case centered on a brief, simple instrumental beat and riff of a few notes that repeats throughout “Joyful Noise” and, Gray’s attorneys said, plays through 45% of “Dark Horse.”

Perry’s attorneys argued throughout that it was an extremely basic musical element that by no means should be copyrightable.

“The only matter in common is an unprotectable C and a B note,” Lepera said.