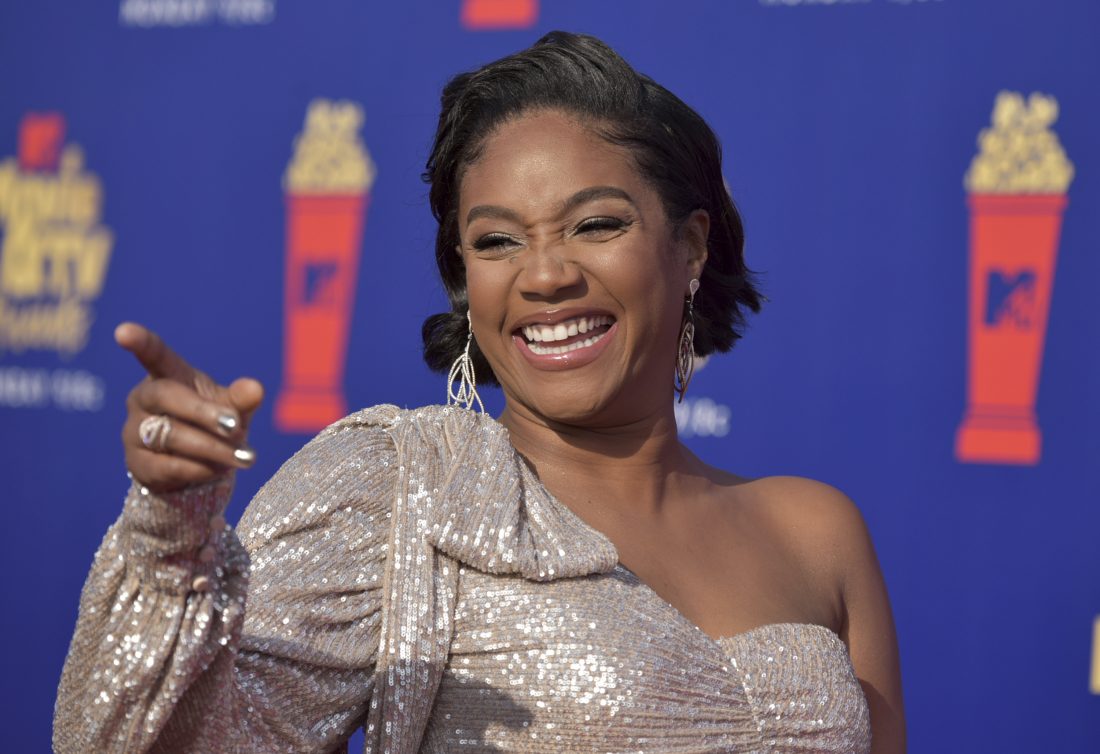 Tiffany Haddish arrives at the MTV Movie and TV Awards at the Barker Hangar in Santa Monica, Calif. As a comedian, Haddish sometimes says the darndest things. Now, she's getting kids to do it, too. Haddish is host and executive producer of ABC's "Kids Say the Darndest Things," the latest revival of Art Linkletter's comical interactions with children. (Photo by Richard Shotwell/Invision/AP, File)

BEVERLY HILLS, Calif. — As a comedian, Tiffany Haddish sometimes says the darndest things. Now, she’s getting kids to do it, too.

Haddish is host and executive producer of ABC’s “Kids Say the Darndest Things,” the latest revival of Art Linkletter’s comical interactions with children.

When she was the same age as some of the kids on the show, Haddish knew she “wanted to do something cool,” possibly working in factories that made sneakers or beef jerky (two of her favorite things).

“I’m a big kid myself,” the 39-year-old actress told a TV critics meeting on Monday.

Still, Haddish cautions that the show isn’t for kids.

“It’s for adults that happen to have children on it,” she said. “It’s like a late-night talk show with kids.”

Haddish described the kids who appear as “really smart,” with her only needing to ask a couple of questions before they took off riffing on a topic.

Executive producer Eric Schotz said the kids, cast from a nationwide pool, aren’t coached on what to say.

“She listens to the kids and doesn’t try to be the joke,” he said. “She treats them all with such respect and that’s the dynamic that allows the comedy to come out.”

Jack Martin, another executive producer, said the aim is to capture the kids’ humor, citing a 5-year-old who in discussing climate change talked about their refrigerator.

“If it comes out funny, we’ll definitely use it,” he said. “We have an idea what we want to talk about, half the time we throw it out the window.”

Haddish joked that working with kids inspired her to write new material “and take my birth control.”

She opens each show with a monologue.

Part of the show debuting Oct. 6 will be done in front of a live studio audience and other segments will be taped. “Kids Rule” has children explaining rules to Haddish, “Best Carpool Ever” takes place in a minivan, “Love Talk” has relationship advice, and “Granny Tiff” shows Haddish disguised as an elderly woman being helped with technology.

“I’m not about to show up in slinky dresses to talk to kids, so I don’t want them to think I’m a lady of the night,” she said. “You want children to respect you. I’m like a teacher or businesswoman to them. Kids look at you and decide who you are. Grown-ups are a whole other story.”

Why is Democratic leadership so poor?