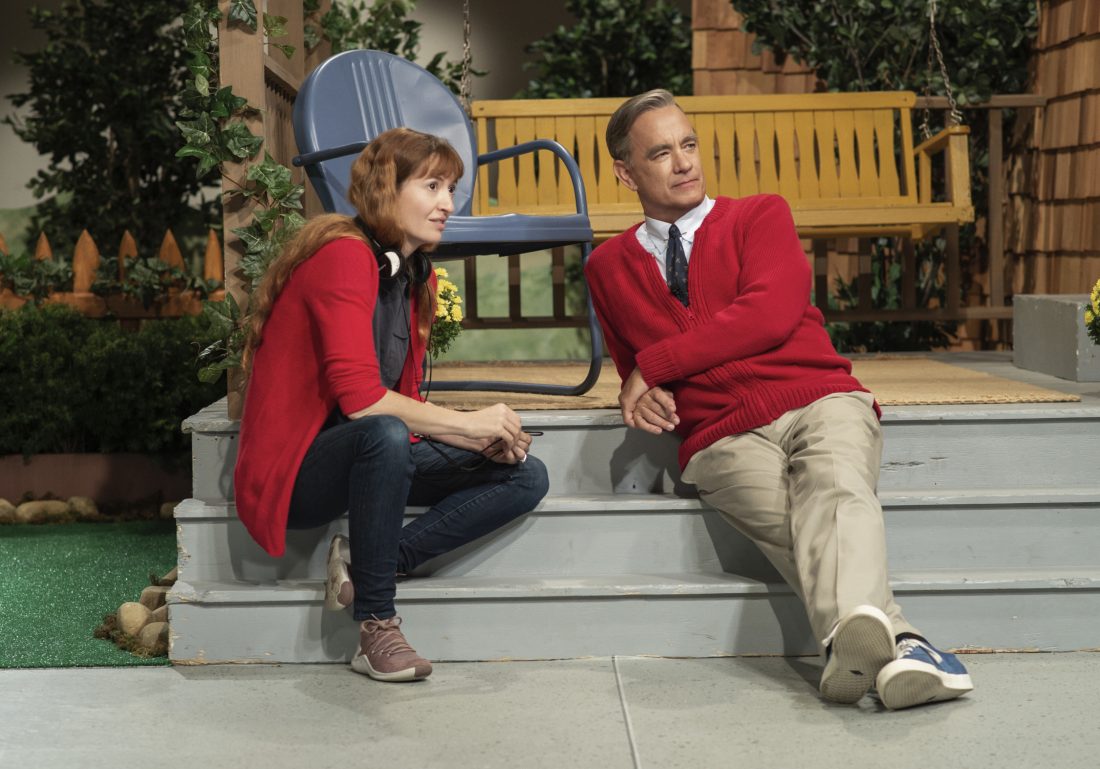 Lacey Terrell/Sony - Tristar Pictures via AP
This image released by Sony Pictures shows director Marielle Heller, left, and Tom Hanks on the set of “A Beautiful Day in the Neighborhood.”

TORONTO — As another awards season kicks into high gear at the Toronto International Film Festival, one disappointment of last year’s Oscar campaign is still on the minds of some.

Despite a number of films that ranked among the most critically acclaimed movies of the year — Debra Granik’s “Leave No Trace,” Marielle Heller’s “Can You Ever Forgive Me?” Chloe Zhao’s “The Rider,” Lynne Ramsay’s “You Were Never Really Here” — women were again shut out (for the 86th time in 91 years) from the best director category.

Coming on the heels of Greta Gerwig’s nomination for “Lady Bird” in 2018 (the fifth ever for a woman and first in a decade), that result felt for many like a step back for an industry that in recent years has made steps toward greater gender equality amid the upheaval of the #MeToo movement. While there are myriad reasons that lead anyone to an Academy Award nomination, the lack of apparent consideration for those filmmakers was, to some, conspicuous.

“With ‘Can You Ever Forgive Me,’ it’s easy to look at that and say my film was nominated for a million different awards and I was sort of the only person not acknowledged for working on that project,” says Heller, whose film landed nods for Melissa McCarthy, Richard E. Grant and its screenwriters. “But the truth of the matter is that movie got a huge amount of attention. And that was a small movie that could have gone unseen and fallen through the cracks.”

Heller will on Saturday in Toronto premiere her third film, “A Beautiful Day in the Neighborhood,” starring Tom Hanks as Fred Rogers and Matthew Rhys as a visiting journalist sent to profile the “Mister Rogers’ Neighborhood” host. Given the natural appeal of “America’s Dad” playing Mr. Rogers, attention will come easier this time. The film’s trailer on YouTube has already attracted nearly 11 million views.

Toronto is where those in-contention lists start proliferating and a sharper view of the coming Oscar season begins to take shape. And this year, Heller hopes things go a little differently — not necessarily for herself, but for her fellow female filmmakers.

“I feel encouraged by the number of really talented women filmmakers that have movies coming out this year. I tend to become friends with every female filmmaker that I possibly meet because I feel like we’re all in a bit of a sisterhood and the way we can get through this business is to have each other’s back and be a bit of a tribe,” says Heller. “Hopefully this year it plays out slightly differently and there’s more acknowledgement for all the work that we’re doing.”

“But the truth of the matter is the awards campaigns are not the only thing that matter,” she adds. “We’re making movies that audiences will hopefully see.”

The Toronto International Film Festival has tried to play an active role in shifting the awards-season conversation toward more equitable terrain. Last year — like many other festival leaders — the festival’s artistic director and co-head Cameron Bailey signed a “50/50 by 2020” pledge promising transparency in the selection process. In this year’s program, 36% of the selections are directed by women.

On Saturday, the festival will hold the Share Her Journey Day of Action. Its goal is to inspire 50,000 acts on Saturday of support for women in film, like buying tickets to movies directed by women. Along with the premiere of Heller’s “A Beautiful Day in the Neighborhood,” there will be the debut of Lorene Scafaria’s “Hustlers,” a true-life tale about strippers, starring Jennifer Lopez and Constance Wu, who plot to turn the tables on their wealthy Wall Street clients; and the premiere of Alice Winocour’s “Proxima,” starring Eva Green as a mother and astronaut-in-training.