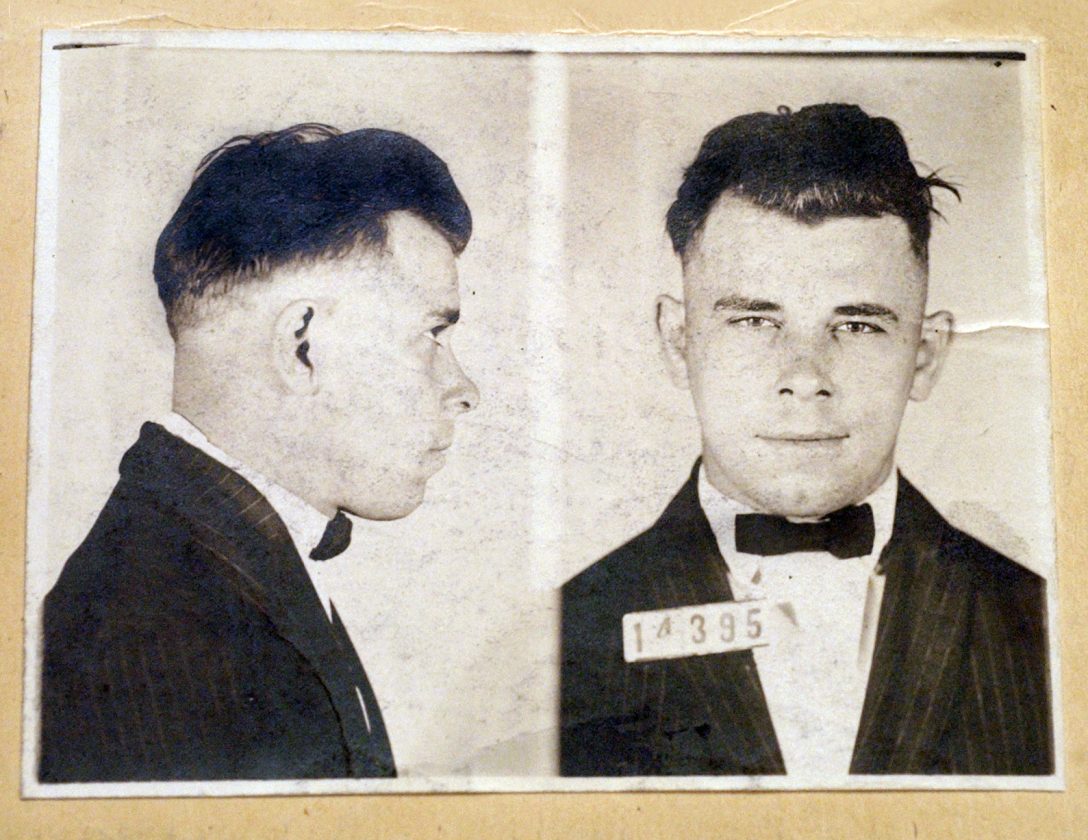 This file photo shows Indiana Reformatory booking shots of John Dillinger, stored in the state archives. The History Channel has dropped out of a planned documentary on John Dillinger that would have included the exhumation of the 1930s gangster's Indianapolis gravesite. A&E Networks spokesman Dan Silberman says The History Channel is no longer involved in the Dillinger documentary. Silberman says the network won't comment on why it has withdrawn from the project. The planned exhumation of Dillinger's grave is the subject of a lawsuit. (Indiana State Archives/The Indianapolis Star via AP, File)

INDIANAPOLIS — The History Channel has dropped out of a planned documentary on 1930s gangster John Dillinger that would have featured the proposed exhumation of his grave in Indianapolis sought by two relatives of the notorious criminal who question whether he’s truly buried there.

A&E Networks spokesman Dan Silberman said Wednesday that The History Channel is no longer involved in the documentary, but declined further comment, saying network officials “do not comment on why we aren’t moving forward with a project.”

Silberman said in early August that the Dillinger project had not gone into production.