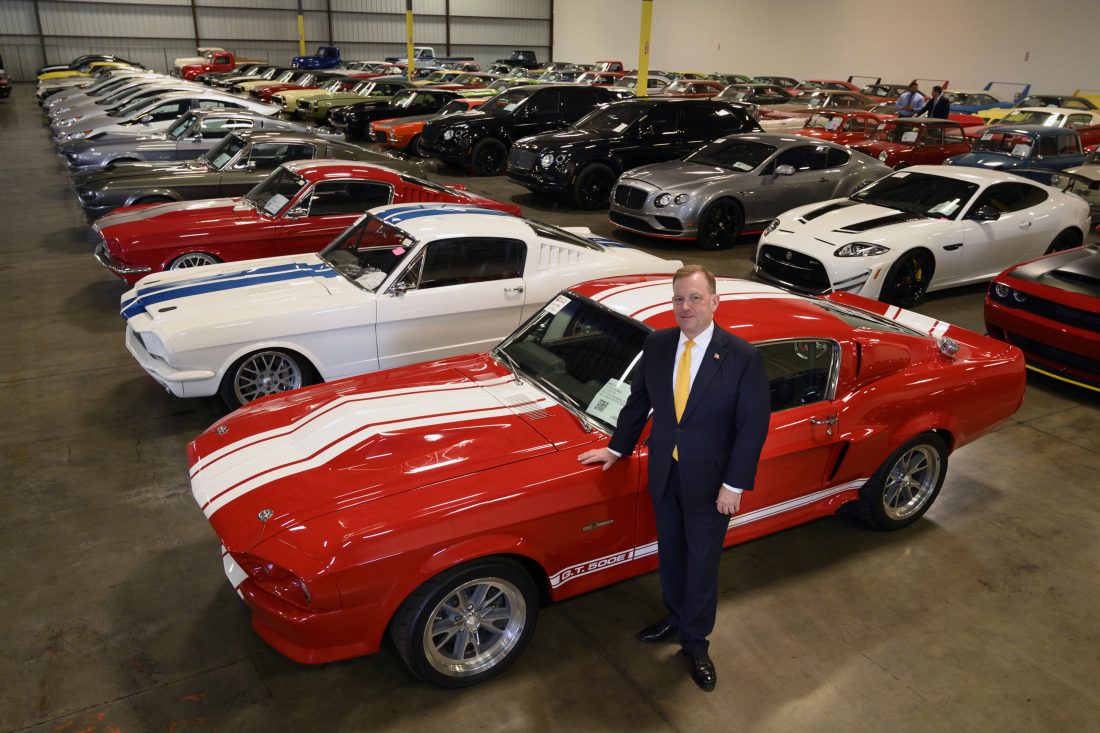 FILE - In this Sept. 16, 2019 photo, McGregor Scott, U.S. Attorney for the Eastern District of California, stands next to a 1967 Ford Shelby GT 500, that was seized along with other cars by the federal government that are now housed in a warehouse in Woodland, Calif. Two employees of a defunct San Francisco Bay Area solar energy company pleaded guilty Tuesday, Oct. 22, 2019, to participating in what federal prosecutors say was a massive $2.5 billion fraud scheme that defrauded investors of $1 billion. It’s the largest single-owner car collection ever auctioned by the U.S. Marshals Service, with vehicles to be auctioned off on Wednesday. (Randy Pench/The Sacramento Bee via AP)

Investigators said the owners, who have not been charged, accumulated nearly 150 classic, performance and luxury vehicles, including a 1978 Pontiac Trans Am once owned by Burt Reynolds.

The replica of the car the late actor drove in “Smokey and the Bandit” and the other vehicles are to be auctioned off on Saturday, with online bidding already pushing their accumulated value past $5.5 million.