For Springsteen, ‘Western Stars’ made sense after book, play 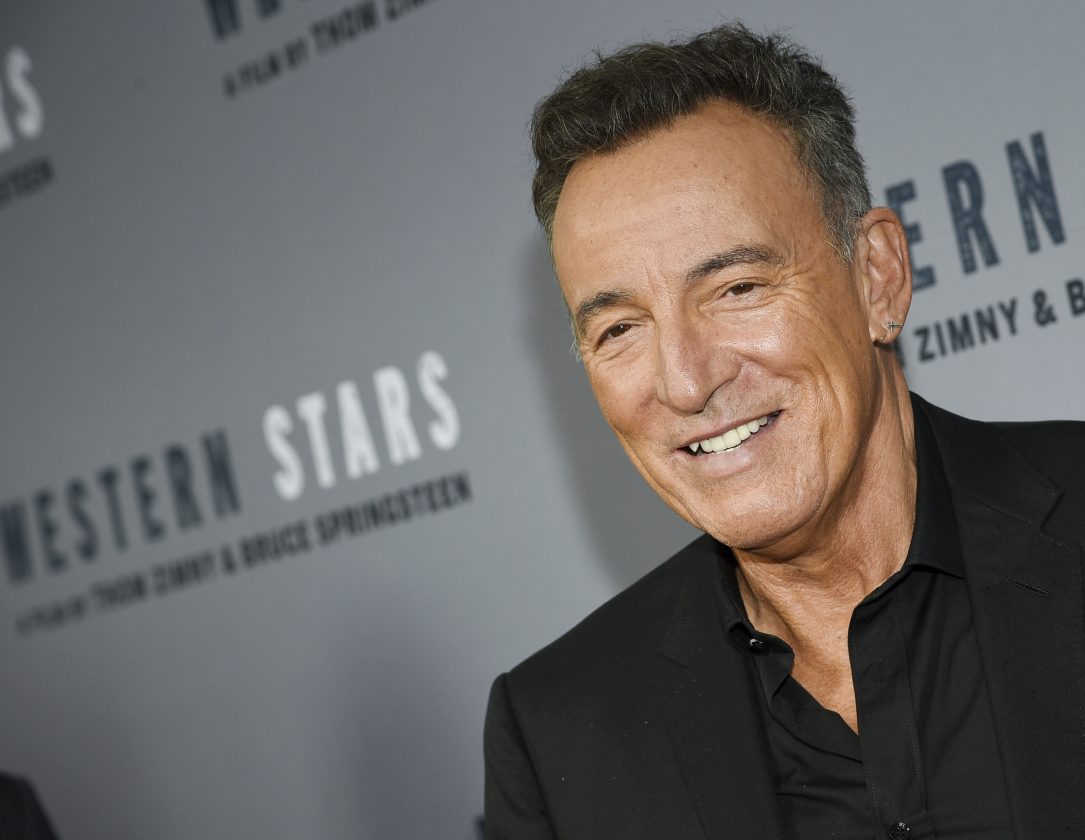 NEW YORK — “Western Stars” was just the change of pace that Bruce Springsteen needed after baring his soul over the past few years.

First, he shared his darkest secrets in his memoir, “Born to Run.” Then he spent more than a year telling his story five nights a week in Springsteen on Broadway. So, an album set in the American West, with an accompanying documentary seemed like the perfect bookend.

“I see it like that myself, because for me, there was the book and then from the book we did the play. And out of the play really came this film,” Springsteen told The Associated Press on the blue carpet Wednesday for the film’s New York premiere. The film opens in theaters on Oct. 25. The album was released in June.

The songs of “Western Stars” reveal characters experiencing love and loss, needing family and partners but sometimes feeling lonely and uncertain. In the film, Springsteen performs in front of a live audience under the cathedral ceiling of his family’s giant old barn with a backing band and orchestra.

Between each song he shares commentary and draws connections to his own life. Springsteen’s voice accompanies archive footage and home movies of his family. Several amusing scenes from their honeymoon touched wife, Patti Scialfa, who missed last month’s world premiere at the Toronto International Film Festival.

“I was surprised, because I hadn’t seen it in so long. I hadn’t even remembered that we did all those silly things. So, it’s actually very, very sweet. It’s really a lovely surprise,” Scialfa said.

The presence of the American Southwest is felt in the music with hints of Glen Campbell and Jimmy Webb and in the vast expanses of land shown in the film.

Thom Zimny, who shares directing credit with Springsteen on the film, knew they had something special.

“Working on ‘Western Stars’ was an interesting time, because it was a different collaboration. Bruce was with me from day one, and literally we knew we had something different. Because the sonic landscape of this music, the strings, the feeling of the West, we knew that was different than ‘Springsteen on Broadway,’ and all other projects that we worked with, together,” Zimny said.

Springsteen has no plans for a “Western Stars” tour, instead he’s heading back into the studio to work on a new E-Street Band record. Springsteen laughed at the notion of incorporating recent social and political upheavals in the lyrics of the band’s new music. He’s leaning toward the personal. Most of what he’s written so far “ruminates a little bit about some of the things from my past,” Springsteen said.

“I think it’s a little more forward looking than writing the memoir or doing a play,” he said.

At 70, Springsteen still impresses audiences around the world with his energetic concert performances, but equally as important is his ability to create an album and film like “Western Stars.” At some point, even the most established artists stop making new music and begin resting on their previous accomplishments, despite having successful tours.

Springsteen’s manager Jon Landau said The Boss’ approach to his craft is what precludes him from ever being a nostalgia act.