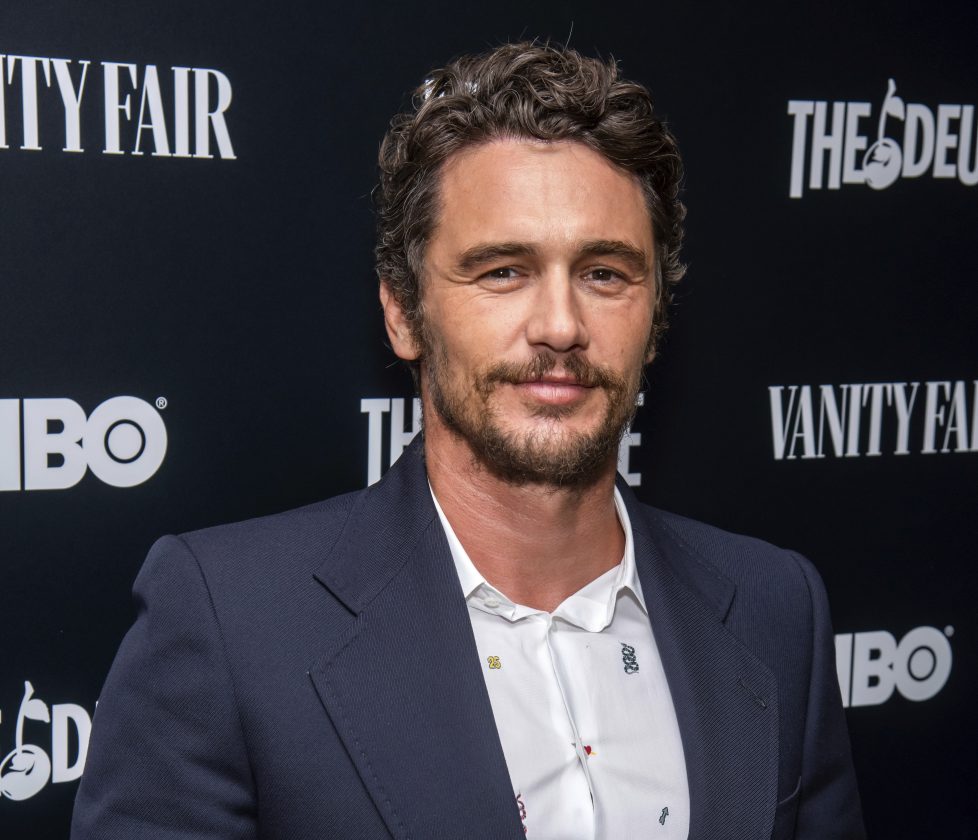 FILE - This Sept. 5, 2019 file photo shows James Franco at the premiere of HBO's "The Deuce" third and final season in New York. Two actresses have sued Franco and his former acting and film school, saying they were pushed into gratuitous and exploitative sexual situations as his students. (Photo by Charles Sykes/Invision/AP, File)

LOS ANGELES — Two actresses sued James Franco and the acting and film school he founded Thursday, saying he intimidated his students into gratuitous and exploitative sexual situations far beyond those acceptable on Hollywood film sets.

Franco “sought to create a pipeline of young women who were subjected to his personal and professional sexual exploitation in the name of education,” the suit alleges.

The women say students were led to believe roles in Franco’s films would be available to those who went along.

The situations described in the suit arose during a master class in sex scenes that Franco taught at the school, which he opened in 2014 and closed in 2017.

The lawsuit, which also names Franco’s production company Rabbit Bandini and his partners as defendants, includes allegations Tither-Kaplan made publicly last year after Franco won a Golden Globe Award for “The Disaster Artist.”

Gaal is speaking out for the first time.

In an interview on “The Late Show with Stephen Colbert” last year, Franco called the sexual misconduct stories about him inaccurate, but said, “If I’ve done something wrong, I will fix it. I have to.”

A publicist and an attorney for the 41-year-old actor did not immediately respond to emails seeking comment Thursday.

The lawsuit alleges that to take Franco’s master class, students had to audition by simulating sex acts on film, which he watched to choose candidates.

The suit alleges that Gaal was kept out of the master class for questioning its exploitative nature.

Tither-Kaplan took the class and was subsequently cast in Rabbit Bandini films, “which she now recognizes was a direct result of her willingness to accept Franco’s exploitative behavior without complaint.”

The lawsuit seeks damages to be determined at trial, an apology from Franco and his partners, and the handover or destruction of video of the plaintiffs.

Attorneys for the women are looking for more plaintiffs to join, and for it to become a class action.

Tither-Kaplan previously recounted her experiences with Franco and the school as one of five women who talked to the Los Angeles Times about him early in 2018.

She was also among the women who spoke out against Franco on Twitter when he won his Golden Globe in January 2018 at a time when the #MeToo movement was surging.

Tither-Kaplan later told the LA Times that the Time’s Up anti-sexual harassment lapel pin Franco wore to the ceremony felt like “a slap in my face.”

The organization behind the pin, Time’s Up Now, said in a statement Thursday that “If these allegations are true, we hope the survivors, and all impacted by this behavior, receive some measure of justice.”

Since the allegations first emerged, Franco has made few publicity appearances, but work has not seemed to slow down for him on the big or small screen.

The HBO series “The Deuce,” which he executive produces and stars in, began its third and final season on Sept. 9.

Franco also appeared last year in the Coen brothers’ acclaimed Western anthology “The Ballad of Buster Scruggs,” which was nominated for three Oscars.

And this weekend he will have two films that he directed and stars in playing in theaters: “Zeroville,” an adaptation of Steve Erickson’s 2007 novel that was filmed in 2014 but faced delays in distribution, as well as “Pretenders,” with Brian Cox and Dennis Quaid.

“Zeroville,” which co-stars Seth Rogen, Megan Fox and Will Ferrell, is already a box office bomb and critical dud. This past weekend it played on 80 screens and made an average of $111 per screen. And “Pretenders,” which opens in limited release Friday, is not faring much better with critics.