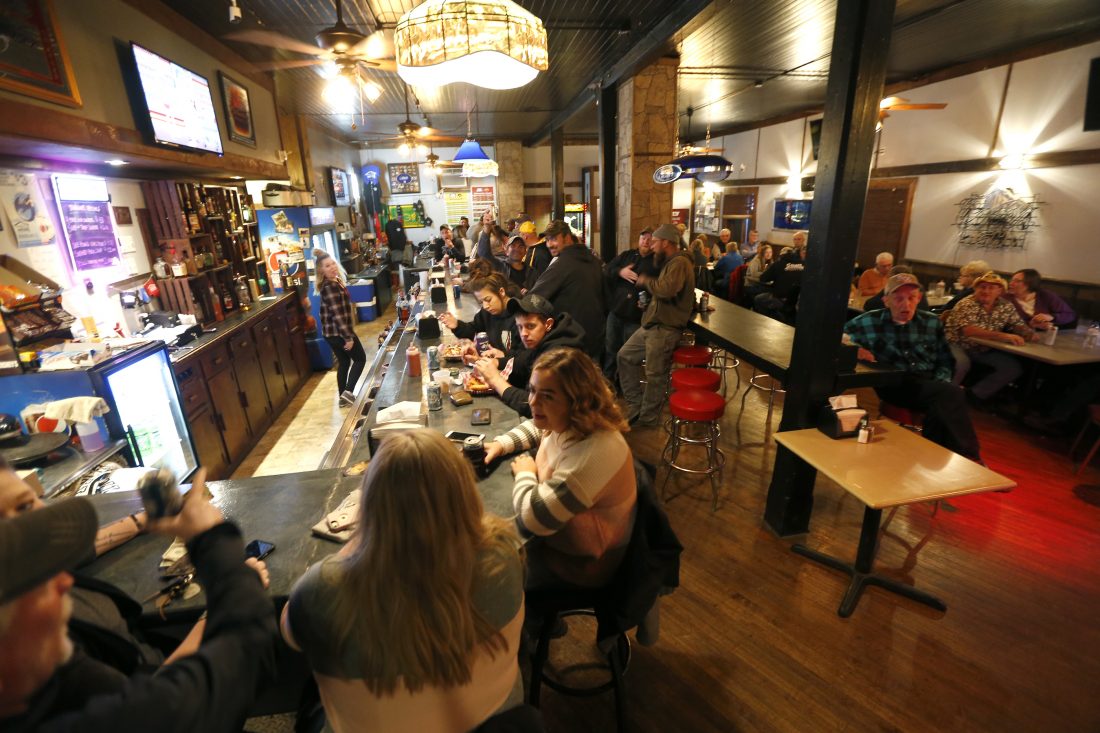 PETERSBURG — A quick visual inspection suggests there is not much to the small community of Petersburg.

Made up of no more than a few clusters of homes, the sparse Delaware County community doesn’t seem to offer much to passersby. But on the weekend, people from all over the area flock to the town.

The reason is simple. They know every weekend a band is making music at The Big House.

“You get a big variety of different types of music, and it’s always great,” Shawn “Engus” Engelken, of Colesburg, told the Dubuque Telegraph Herald. “On some nights, the place is completely packed.”

Nestled in the center of the town, The Big House: Eating and Drinking Emporium, sits across the street from the town’s only place of worship, Sts Peter & Paul Catholic Church. 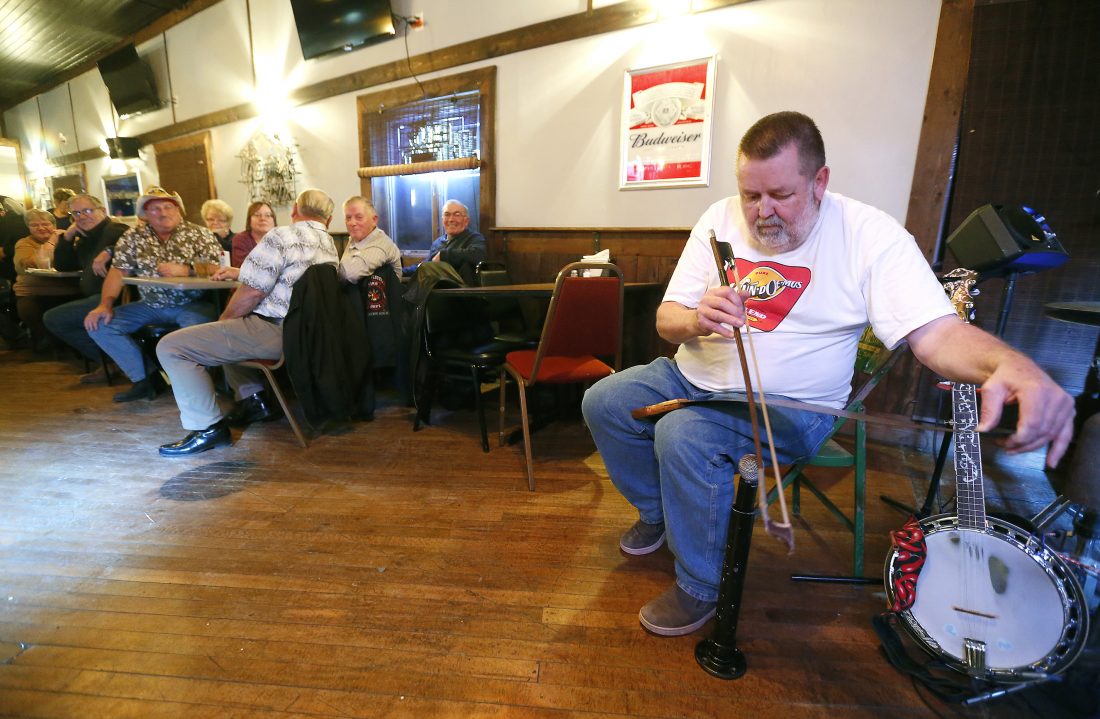 Tud Bowden performs using a hand saw as part of the The Wundo Band from Platteville, Wis., who played at The Big House in Petersburg, Iowa Saturday Nov. 2, 2019. (Dave Kettering/Telegraph Herald via AP)

While church-goers are invited Sunday mornings to cross the street for coffee, Saturday nights belong to those looking for food, drinks and live music.

“I want to see this town keep going,” said owner Rick Bruggeman. “There isn’t live music anywhere around here, so I wanted to bring it to Petersburg.”

When Bruggeman opened The Big House in 2016, he had no previous experience operating a bar and live music venue. The Petersburg native has been a farmer his entire life.

“The bar was owned by someone else, but it closed,” Bruggeman said. “I had people telling me I should open it back up. They kept asking about it, so I eventually said, ‘Fine, I’ll do it.'”

Bruggeman went to work on renovating the 130-year-old building. New lighting and fixtures were installed to compliment the old wooden window frames and support columns. The finished product is a mix of the modern and the historic.

Early on, he had a vision to create a family-friendly bar and restaurant that promoted the community, and he knew he wanted live music played every weekend.

“Live music has disappeared in this area,” Bruggeman said. “I want people from around here to be able to listen to live music without having to drive to Dubuque or Cedar Rapids.”

The bands that come to The Big House fit the tastes of the rural patrons who fill its seats. Country acts equipped with double bass play rural classics, while rock bands play the essentials from the 1970s and 1980s.

Delaware County-based band Not Quite Brothers plays at The Big House once per month, bringing their high-energy renditions of classic rock’s biggest hits.

Engelken said he regularly comes to The Big House for the inviting atmosphere. For him, there are plenty of bars in the area, but none that provide the same level of hospitality and quality live music.

“I just love coming here,” Engelken said. “I know that it is going to be a good time.”

Bruggeman said he has been surprised to see people from as far as Cedar Rapids come to his venue to hear live music, but he is glad that his bar is introducing more people to the community he loves.

“I really do care about this community,” Bruggeman said. “I think it’s places like this that help keep small towns alive.”

Tud Bowden performs using a hand saw as part of the The Wundo Band from Platteville, Wis., who played at The Big House in Petersburg, Iowa Saturday Nov. 2, 2019. (Dave Kettering/Telegraph Herald via AP)