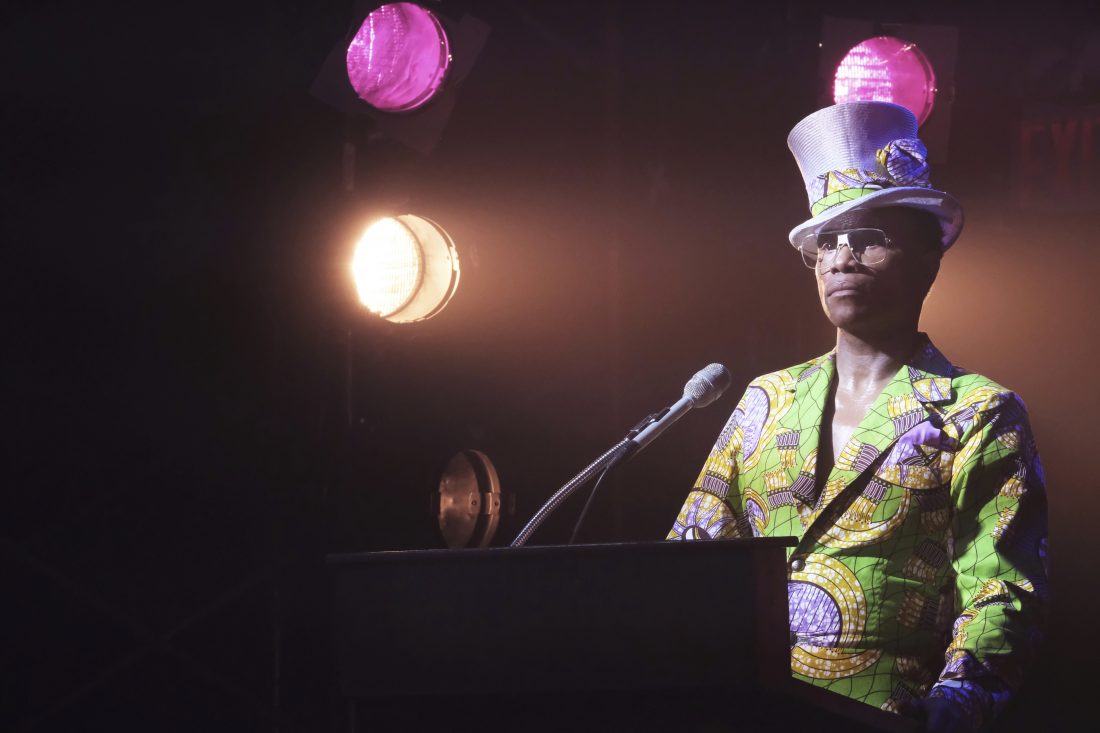 This image released by FX shows Billy Porter in a scene from "Pose." A new study by the advocacy group GLAAD says that TV is building on its record of inclusiveness. GLAAD said Thursday that the percentage of LGBTQ major characters on broadcast networks reached an all-time high this season of just over 10%. “Pose” and “Batwoman” are among the shows contributing to a surge in LGBTQ and gender inclusiveness on television, according to a new study by the advocacy group GLAAD. (JoJo Whilden/FX via AP)

LOS ANGELES — “Pose” and “Batwoman” are among the shows contributing to a surge in LGBTQ and gender inclusiveness on television, according to a new study by the advocacy group GLAAD.

The percentage of regularly seen LGBTQ characters on prime-time broadcast TV this season reached an all-time high of 10.2%, or 90 out of a total of 879 characters, according to the study released Thursday. That topped last year’s record of 8.8% and achieved the 10% goal that GLAAD had set for the networks by 2020.

“Last year, GLAAD called on the television industry to increase the number of LGBTQ characters and more accurately reflect the world we live in, and they responded by exceeding this challenge,” Sarah Kate Ellis, GLAAD president and CEO, said in a statement. “At a time when the cultural climate is growing increasingly divisive, increased representation of LGBTQ stories and characters on television is especially critical to advance LGBTQ acceptance.”

Series including “Pose,” set in the 1980s ballroom culture and with the biggest LGBTQ cast ever for a scripted show, and “Batwoman,” with the first gay superhero in a lead TV role, are signposts of TV’s growing diversity and proof that “viewers everywhere continue to respond with extreme positivity,” Ellis said.

GLAAD is upping the stakes for the future. It’s asking the industry to reach 20% representation of LGBTQ regularly seen characters on primetime scripted broadcast series by 2025, and to ensure that half of LGBTQ characters on every TV platform are people of color within the next two years.

An estimated 4.5% of adults in the United States, approximately 11.3 million people, identify as LGBTQ, according to new analysis by the Williams Institute at UCLA School of Law.

For the first time in the study’s history, the percentage of regularly seen and recurring female LGBTQ characters on broadcast TV exceeded the male characters, 53% to 47%.

Across all TV platforms, there were increases in the number of trans characters and those with HIV-AIDS over last year.

GLAAD has tracked lesbian, gay, bisexual, transgender and queer characters on TV for 24 years and began releasing its expanded survey, titled “Where We Are on TV,” in 2005.

Other findings contained in the report:

— Women were a record 46% of the regular characters on broadcast TV, up 3 percentage points from last year but shy of the 51% they represent in the U.S. population.

— The percentage of regularly seen broadcast TV characters with a disability was 3.1%, or 27. While that’s the highest tally yet found by GLAAD, it’s well below the 20% of the population with a disability, according to a U.S. Census estimate.

— Among streaming services, Netflix had the highest number of LGBTQ regular and recurring characters on its original series. Showtime was the most inclusive cable channel and CW ranked first among broadcast networks in LGBTQ inclusivity.