Trump may face fight over planned move from NYC to Florida 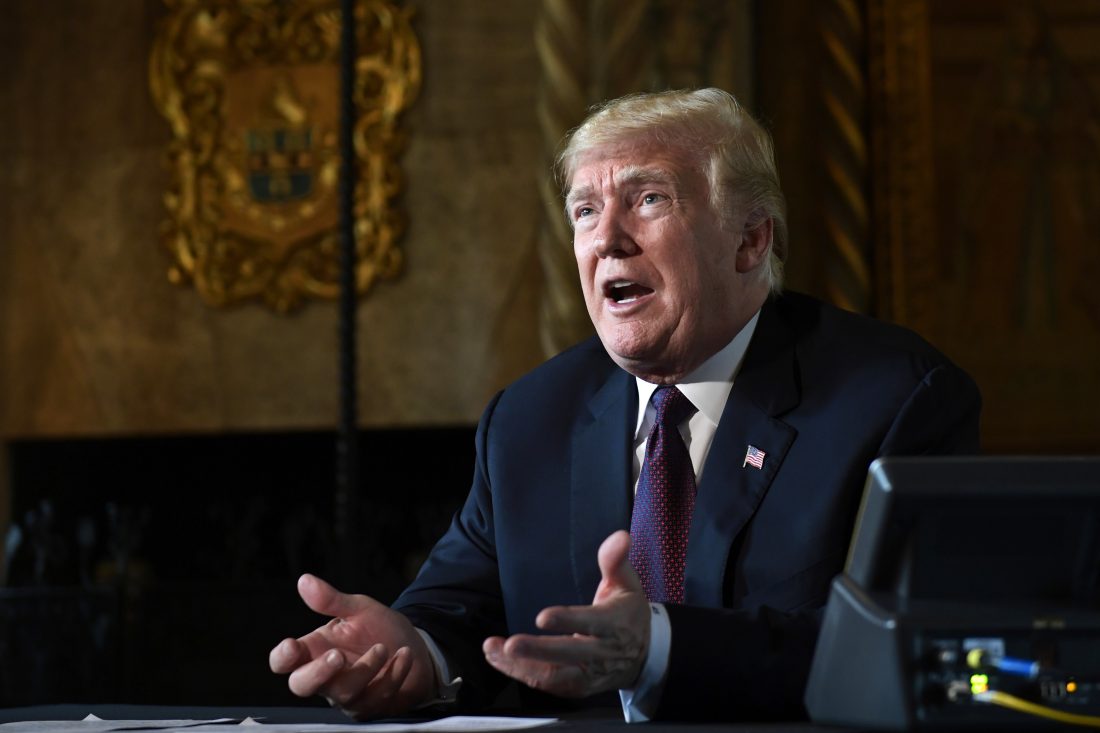 NEW YORK — Donald Trump a Florida man? Not so fast.

Despite a stinging “good riddance” tweet from New York’s governor, the president’s home state may not let him go to Florida without a fight.

Trump’s plan to shift his permanent residence to Palm Beach will likely be heavily scrutinized by New York state officials, who are notorious for auditing wealthy residents seeking to flee to lower-tax states to make sure such moves are real and not just on paper. Those cases can go on for years.

“New York says just because you fill out a piece of paper, that doesn’t make you a Floridian,” said Mark Klein, a tax lawyer who has handled hundreds of tax-residency audits. “People have this misunderstanding that if you go to Florida and fill out an affidavit, you register to vote and you get a driver’s license, that is all it takes.”

Even though it appears Trump has a strong case — he’s only spent a few nights at his Trump Tower penthouse overlooking Fifth Avenue since he became president — tax experts say it’s not a matter of if he will be audited but when.

“It’s 100 percent he’ll get audited,” predicted Barry Horowitz, a tax accountant who has handled many change-of-residency cases. “There’ll be a fight.”

The general rule for avoiding New York taxes is to spend less than 184 days of the year in the state, but that’s just the beginning. Auditors and judges could look at where his business is headquartered (also in Trump Tower), the size of his various homes, where he displays his family photos and his most valuable artwork, even where he gets his teeth cleaned.

In announcing his move in a tweet late Thursday, Trump said New York City “will always have a special place in my heart!” But despite paying “millions of dollars in city, state and local taxes each year,” he complained, he had been “treated very badly by the political leaders of both the city and state.”

And then New York City Mayor Bill de Blasio chimed in, tweeting, “Don’t let the door hit you on the way out” and “Deepest condolences to the good people of Florida.”

Trump responded later Friday with a four-part tweet that blasted both Cuomo (“the brother of Fredo”) and de Blasio, saying, “I love New York, but New York can never be great again under the current leadership.”

In New York, Trump is paying a top marginal tax rate to the city and state that adds up to 12.7 percent. And because of Trump’s own tax overhaul two years ago, he can no longer deduct most of those state and local taxes on his federal return.

Trump is following a well-trod path of many other septuagenarian New Yorkers who have been drawn to Florida’s year-round warmth, sunshine and low taxes. Last year alone, 63,000 New Yorkers became Florida residents.

“I think the governor of New York should take a look at his economic policies and what is happening there,” said Kellyanne Conway, a counselor to the president. “The president is doing what many taxpayers have done and property owners have done, and that is to go to a state that is more hospitable to hard-working Americans.”

For Trump, his planned move to Florida could mark the end of an era. The glittering Manhattan skyline has always been part of Trump’s brand, interwoven with his brash, boastful, in-your-face style. Trump Tower, his gleaming high-rise home for decades, became a character in his 2016 presidential campaign, the site of his famous escalator ride to launch his bid and dozens of headline-grabbing events and news conferences.

But soon after Trump took office, few people around him thought it would remain his home, mostly because of the hostile reception he’s gotten there. Upset with its Democratic leaders and the protests, Trump has privately raged against the city, according to three Republicans close to the White House not authorized to speak publicly about private conversations.

New York City’s elite never full accepted the brash, tabloid-friendly, Queens-born businessman. And it got worse after he embraced right-wing politics, particularly on immigration. The deeply diverse and Democratic city turned on him, and he only received 10 percent of the vote in Manhattan.

When the president-elect ran his presidential transition out of the Tower, aides actively explored scenarios in which Trump would return to New York most weekends. But as demonstrators clogged midtown streets, Trump, who is loath to face protesters, began to back away from the idea.

Since taking office, New York’s attorney general has announced investigations into the Trump Organization, and the state Legislature has moved to obtain his tax returns, efforts that likely will not be affected by his planned move to Florida.

“If people could escape New York charges simply by moving to Florida, there would be a lot of criminals walking around Miami Beach right now,” said Duncan Levin, a New York City lawyer specializing in money laundering and fraud cases.