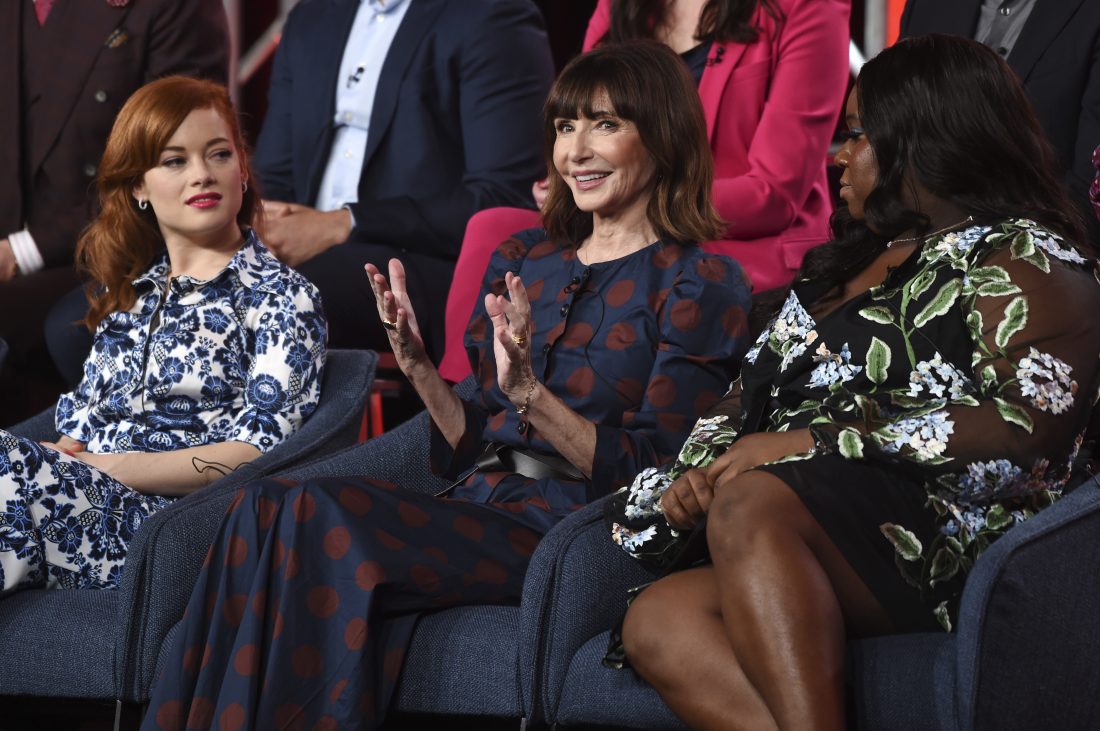 LOS ANGELES — The zestfully titled, song-and-dance filled “Zoey’s Extraordinary Playlist” has an unlikely origin. The NBC series, about a young woman who channels other people’s thoughts through pop songs, was inspired by the devastating illness of creator Austin Winsberg’s father.

In the months before a rare neurological disorder claimed Richard Winsberg’s life in 2011, the 68-year-old architect who had been engaged in a full, active life was left immobilized and unable to speak.

“We would try to figure out ways to communicate with him, but we didn’t always know what he was thinking, what he was processing. And I was also becoming a dad for the first time, while losing my dad that I was really close to,” Austin Winsberg recalled. “It was a very, very painful time in our lives.”

The distance of years allowed Winsberg, 43, to address the loss in his writing.

“One day I thought, ‘What if the way that my dad saw the world during that time was through musical numbers?’ And somehow the idea of that made me smile, and it brought a little joy out of something that felt very sad and tragic,” he recalled.

“Zoey’s Extraordinary Playlist,” which previewed in January and begins its full 12-episode run at 9 p.m. EST Sunday, stars Jane Levy as Zoey, a computer coder whose life is transformed during a medical test. She becomes the one-woman audience for such impromptu numbers as work friend Max (Skylar Astin) exclaiming his unspoken affection for her with the Partridge Family tune “I Think I Love You.”

There’s choreography along with the vocals, invisible to all but the bewildered Zoey. But the burden turns into a gift when she gains entry to the thoughts of her dad, who is incapacitated with an illness like that of Winsberg’s father. Peter Gallaghand and Mary Steenburgen play Zoey’s parents, Mitch and Maggie, with Lauren Graham as her boss.

Musicals are familiar turf for Winsberg. He wrote the book for “First Date,” which was on Broadway in 2013-14, and sold three other music-centered TV pilots to networks that didn’t make it to series. But creating what are essentially a dozen musical productions on a tight schedule proved logistically daunting, he said, even with unwavering network support.

“We have eight days to shoot episodes, and we do somewhere between five and six musical numbers an episode,” he said, all within strict creative rules. “We didn’t want them to feel like music videos. We didn’t want to make them feel like fantasy numbers, where the lighting and the costumes and everything change and with people singing directly at the camera.”

Instead, the goal was to create “an external expression of the person’s internal wants and desires,” Winsberg said. “So, in a way, it’s an extension of the comedy or the drama that’s happening in the scene. It’s not just a musical number for a musical number’s sake.”

That high bar found the choreographer who could leap it: Mandy Moore, who shares her name with the “This Is Us” actress but is a star in her own field. Her credits include the film “La La Land,” stage projects, and the Oscar, Grammy and Emmy ceremonies. She’s also a double Emmy winner for her choreography on “So You Think You Can Dance” and “Dancing with the Stars.”

“These numbers that we’re creating are unique to each character in each scene. It’s not like the kind of show where you’ve got a cabaret club, and every time you’re in the club there’s a band. These dancers live in so many different worlds within the show,” Moore said. “It is physically different worlds, because you do (a number) in a bedroom, or in a coffee shop. But we’re also able to physicalize emotion: Something can be a very sad song, and so how does that look? What kind of shape, what kind of dance moves during a sad song, versus one that’s talking about being jealous or one that is someone poking fun?”

What may be entertaining and touching for viewers remains personal for Winsberg.

It’s also proved rewarding. Since the preview episode aired, Winsberg has heard from dozens of people whose families are afflicted by diseases akin to progressive supranuclear palsy, which took his father’s life within a relatively short time after it was finally diagnosed (the disease can be mistaken for the more common Parkinson’s, according to Johns Hopkins Medicine).

It’s heartening that viewers are “seeing the reflection of what they’re going through,” he said. It also makes his family’s loss count for something.

The value of bringing awareness to the disease is “part of my dad’s legacy,” he said.