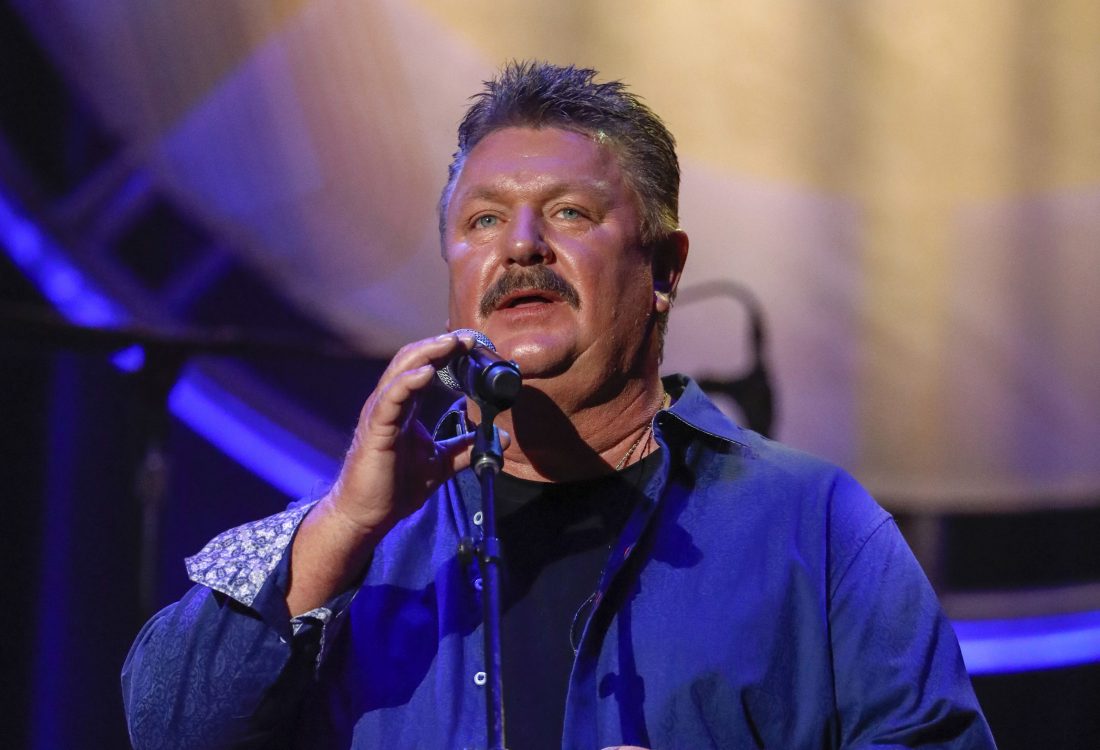 FILE - This Aug. 22, 2018 file photo shows Joe Diffie performing at the 12th annual ACM Honors in Nashville, Tenn. A publicist for Diffie says the country singer has tested positive for COVID-19. Diffie is under the care of medical professionals and is receiving treatment. (Photo by Al Wagner/Invision/AP, File)

NEW YORK — Country singer Joe Diffie, who had a string of hits in the 1990s with chart-topping ballads and honky-tonk singles like “Home” and “Pickup Man,” has died after testing positive for COVID-19. He was 61.

Diffie on Friday announced he had contracted the coronavirus, becoming the first country star to go public with such a diagnosis. Diffie’s publicist Scott Adkins said the singer died Sunday in Nashville, Tennessee, due to complications from the virus.

Diffie, a native of Tulsa, Oklahoma, was a member of the Grand Ole Opry for more than 25 years. His hits included “Honky Tonk Attitude,” “Prop Me Up Beside the Jukebox (If I Die),” “Bigger Than the Beatles” and “If the Devil Danced (In Empty Pockets).”

“Country music lost one of the good guys today,” Naomi Judd said in a statement.

Diffie’s mid-90s albums “Honky Tonk Attitude” and “Third Rock From the Sun” went platinum. Eighteen of Diffie’s singles landed in the top 10 on the country charts, with five going No. 1. In his 2013 single “1994,” Jason Aldean name-checked the ’90s country mainstay.

Diffie shared in a Grammy award for best country collaboration for the song “Same Old Train,” with Merle Haggard, Marty Stuart and others. His last solo album was 2010’s “The Bluegrass Album: Homecoming.”

“Joe Diffie, one of our best singers and my buddy, is gone,” Tanya Tucker said in a statement. “We are the same age, so it’s very scary. I will miss his voice, his laughter, his songs.”

“Joe was a real true honky tonk hero to every country artist alive today,” singer John Rich said in a statement. “No one sang our music better than he did, and to see his life and artistry cut short is beyond tragic. He was loved, cherished and respected by all of country music and beyond.”

Toby Keith extended his condolences to Diffie’s family, saying in a statement, “A great traditional voice will live on cuz I’m putting his music on now. Here’s a beer to ya, Joe. Go get your reward.”

Deanna Carter said she was “shell shocked” by the news and had hoped to perform again with Diffie this year. “He was a powerhouse that stopped people in their tracks, both on and off stage,” she said in a statement.

Diffie is survived by his wife, Tara Terpening Diffie, and seven children from four marriages.