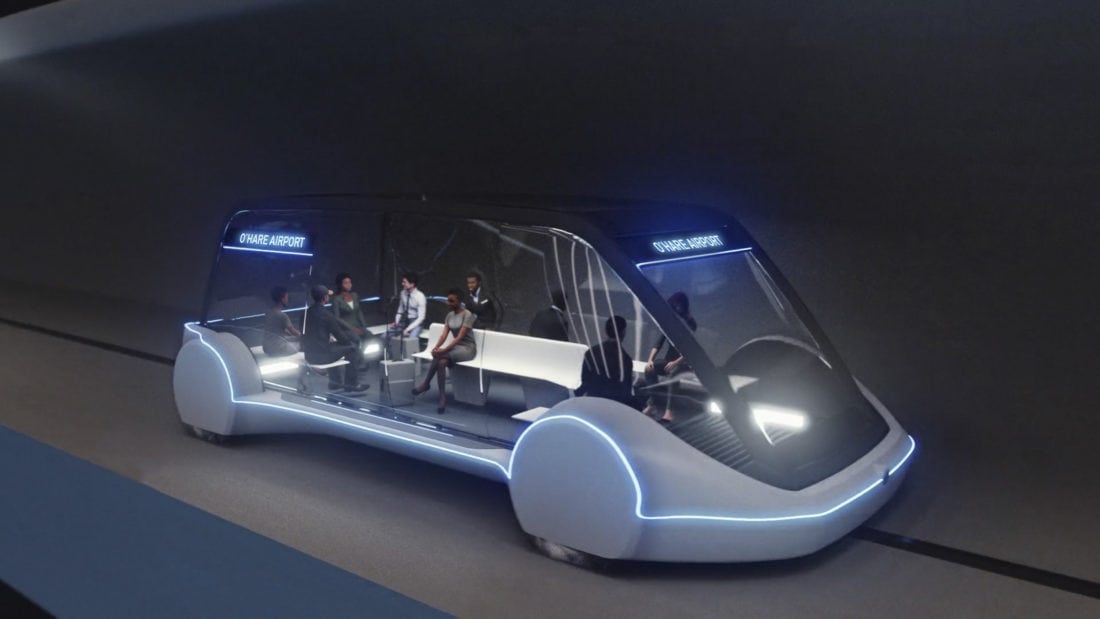 CHICAGO — Entrepreneur Elon Musk said Thursday a high-speed transportation system that will whisk people between downtown Chicago and O’Hare International Airport at speeds of up to 150 mph could be operational in about three years.

Musk joined Chicago Mayor Rahm Emanuel to formally announce that a Musk-owned enterprise, The Boring Company, was selected for the project and will fully fund it. They say electric vehicles will carry passengers through underground tunnels in about 12 minutes each way.

Emanuel called the new transit system “the fast lane to Chicago’s future,” and said it will create jobs and make the city more competitive.

He scoffed at critics who question the still-unproven technology or the city’s ability to achieve what’s been a goal at City Hall for more than a decade. He noted there were doubters when the city set out to reverse the flow of the Chicago River or build the first skyscraper — other seemingly impossible tasks the city now boasts of having accomplished.

“Chicago is always looking at what’s possible and then making it achievable,” Emanuel said. “There are doubters along the way all the time who sit on the sideline and then when the thing gets built and opportunities come and the job growth happens you can’t find them.”

He said he expects the company will begin digging the dual tunnels after it’s received all the necessary regulatory approvals, a process he expects to take a few months. Once construction begins he’d like to see the system operational in 18 months to two years, but said it should be no more than three years.

“This is a different thing that we’re doing, it’s a hard thing, it’s a new thing,” Musk said. “I’d hope that you’d cheer us on, because if we succeed it’s going to be a great thing for the city, and if we fail, well I guess me and others will lose a bunch of money.”

Thursday’s news conference was held in the mothballed shell of an underground station that the city constructed years ago. The site, in a downtown development known as Block 37, will serve as the downtown station for the new express service. The Boring Company will create a new station at O’Hare.

Vehicles will depart the airport and downtown as often as every 30 seconds, and each vehicle will accommodate up to 16 passengers and their luggage.

The 12-minute ride — which Emanuel equated to “three songs on your iPod” — compares to the roughly 40 minutes it currently takes to make it from O’Hare to the city via the Chicago Transportation Authority’s Blue Line train. The alternative — by road — can take more than twice as long.

The company plans to collect ticket and advertising revenue, and Deputy Mayor Robert Rivkin said the estimated fare will be $20 to $25 per ride, which is significantly less than a taxi ride to or from the airport. A Blue Line ticket from O’Hare costs $5.

Making the long-discussed express route a reality — and at no cost to taxpayers — would be a major accomplishment for Emanuel, who’s seeking his third term next year. The project’s timeline will allow him to campaign on the initiative, with its success or failure unknown until well past the election.

Some critics already have emerged. Alderman Scott Waguespack, a member of the City Council’s progressive caucus, said Emanuel was again putting the interests of billionaires and big corporations ahead of the needs of neighborhoods and taxpayers. He said the caucus is demanding hearings on the “potential boondoggle.”