Disney takes over Hulu from Comcast 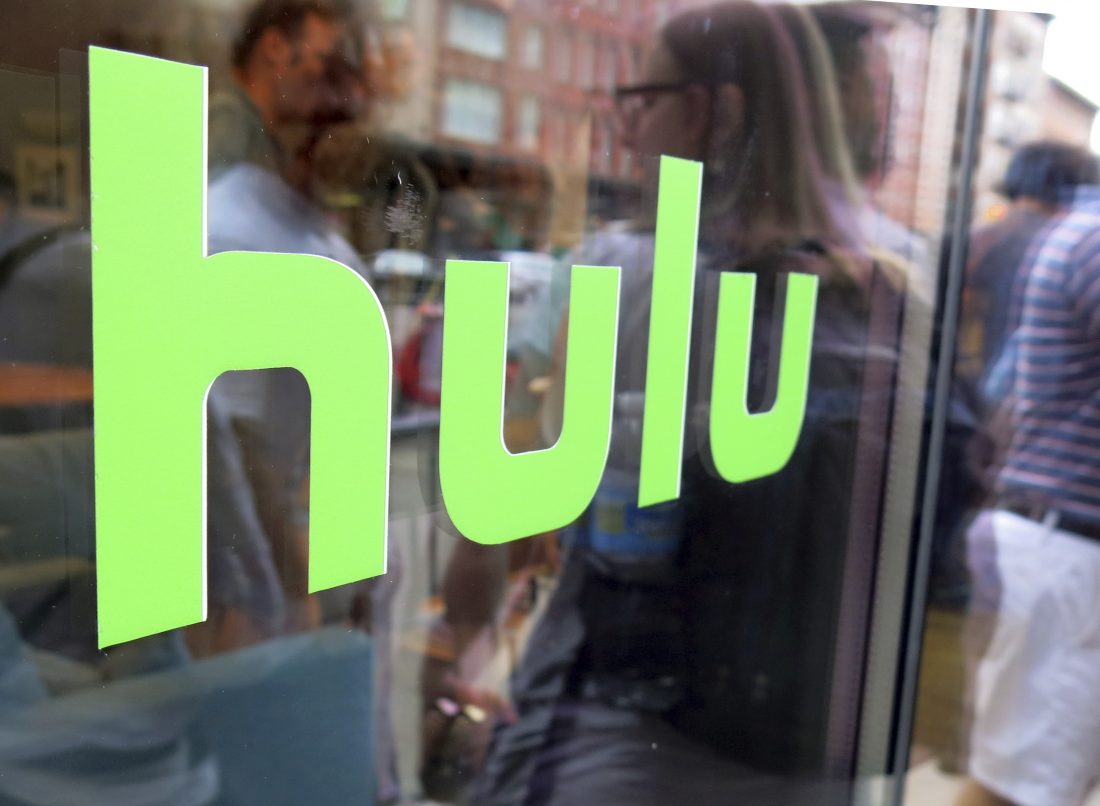 FILE - This June 27, 2015, file photo, shows the Hulu logo on a window at the Milk Studios space in New York. Disney has struck a deal with Comcast that gives it full control of streaming service Hulu. The companies said Tuesday, May 14, 2019, that as early as January 2024 Comcast can require Disney to buy NBCUniversal’s 33% interest in Hulu and Disney can require NBCUniversal to sell that stake to Disney for its fair market value at that future time. (AP Photo/Dan Goodman, File)

NEW YORK — Disney is taking full control of Hulu from Comcast, as both companies prepare to launch their own streaming services in response to declining audiences for traditional TV.

The companies said Tuesday that Comcast, which owns a third of Hulu, can sell its stake to Disney starting in 2024, for a minimum of $5.8 billion. Until then, Comcast will be a silent investor.

Hulu launched more than a decade ago as the major entertainment companies dealt with the rise of digital media. While YouTube became a home for digital video, Netflix built up a streaming library of back seasons of popular TV shows and movies, and Hulu made TV episodes from networks such as ABC, NBC and Fox available online after they aired on TV.

Hulu today still shows network TV episodes and original series for $6 a month. It has a newer, cable-like service with live TV channels for $45 a month.

In the past few years, many other streaming services have emerged, helping more people drop their cable subscriptions. These include ones from AT&T and Google that, like Hulu’s live-TV service, compete with the traditional cable bundle. Others are more focused, like HBO Now.

Meanwhile, big media companies that own TV networks are looking to launch still more streaming services as a way to make up for revenue lost from fewer cable subscriptions.

Disney’s deal with Comcast isn’t surprising. Disney had already become the majority owner of Hulu when it absorbed Fox’s stake as part of its purchase of Fox’s entertainment businesses .

Having total control of Hulu gives Disney more power to support its own streaming efforts. The company is launching a new kids-focused streaming service called Disney Plus this year for $7 a month and is likely to offer discounted bundles with Hulu and its sports service, ESPN Plus.

Meanwhile, Comcast’s NBCUniversal will debut a streaming service in 2020. And AT&T’s WarnerMedia is launching its own streaming service, with a focus on HBO and other shows and movies owned by the company. There’s also a new one from Apple, with original content.

An aftereffect of all these new services could be the fragmentation of content. You may have to pay for more streaming services to keep watching the same stuff.

Disney is planning to take back its library, which includes Pixar, Marvel and “Star Wars” movies, from Netflix for its own services. Other popular shows on Netflix, including “Friends” and “The Office,” are owned by the big entertainment companies, and they may want to have them back for their own services. AT&T CEO Randall Stephenson said at an investors conference Tuesday that the company, which owns “Friends,” will be “bringing a lot of these media rights, licensing rights back to ourselves” for its streaming service.

If entertainment companies pull shows from Hulu, Netflix or Amazon, however, they miss out on lucrative licensing revenue — a hard decision to make when their own fledging services have to compete with so many others.

“I’m not firmly convinced that everyone going to pull all their content off Netflix and put it behind their walled garden,” said Brett Sappington, analyst for research firm Parks Associates.

Doing so is risky, he said, because companies lose out on another service marketing shows on their behalf, as well as that guaranteed money.

While Comcast has agreed to keep its NBCUniversal shows and networks on Hulu until late 2024, it can cut much of that deal off early, moving shows to its own streaming service in three years. In a year, its streaming service can also start offering video that’s currently exclusive on Hulu, sharing the shows with Hulu for the time being.

“It’s a good hedge in terms of them being able to gauge whether their own service needs its content,” Sappington said.

He added that the deal gives Comcast flexibility to figure out the best way to make money off the video it owns.

Hulu’s ownership has contracted as a wave of mergers consolidated the industry: The Walt Disney Co. absorbed 21st Century Fox’s stake as it bought up Fox’s studio and many of its networks, while AT&T sold off the share it inherited with the purchase of Time Warner, now renamed WarnerMedia.

AT&T’s sale valued the unprofitable Hulu at $15 billion. The agreement with Disney and Comcast values Hulu at a minimum of $27.5 billion in 2024. Disney has forecast that Hulu will turn a profit around then.