Judge orders FDA to speed up review of e-cigarettes 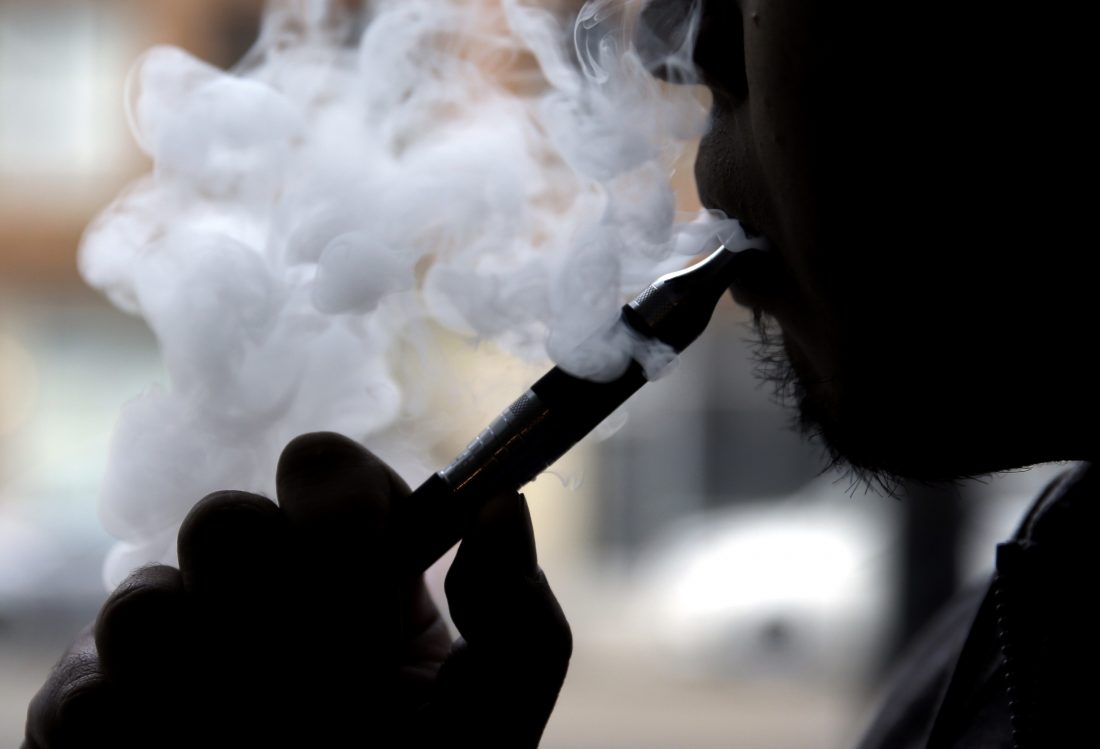 FILE - In this April 23, 2014, file photo, a man smokes an electronic cigarette in Chicago. In a ruling handed down Wednesday, May 15, 2019, a federal judge is siding with public health groups in their effort to force the Food and Drug Administration to begin reviewing the health effects of e-cigarettes. (AP Photo/Nam Y. Huh, File)

WASHINGTON — A federal judge is siding with public health groups suing the Food and Drug Administration to begin reviewing thousands of e-cigarettes on the U.S. market.

The ruling handed down Wednesday in district court states that the agency shirked its legal duty when it postponed reviewing all U.S. vaping products by several years.

The American Academy of Pediatrics, Campaign for Tobacco-Free Kids and other groups filed the federal lawsuit in Maryland last year. The groups say the lack of FDA oversight has led to an explosion in underage vaping by teenagers, threatening to hook a generation of Americans on nicotine.

“It is now the FDA’s responsibility to take immediate action to protect our kids and require manufacturers to apply to the FDA if they want to keep their products on the market,” the groups said in a statement.

E-cigarettes are nicotine-emitting devices that have grown into a multibillion-dollar industry in the U.S. despite little research on their long-term health effects, including whether they are useful in helping smokers quit cigarettes.

The FDA gained authority to regulate the products in 2016, but it has allowed thousands of products to remain on the market without formal rules or product standards. The agency says that both FDA staff and manufacturers need more time to prepare for regulation.

The public health groups have warned that the lack of oversight could undo decades of anti-tobacco efforts as young people migrate toward newer vaping products.

U.S. Judge Paul Grimm agreed, calling the FDA’s delay “so extreme as to amount to an abdication of its statutory responsibilities.”

An FDA spokesman could not immediately provide comment Wednesday evening. The agency will have the option of appealing the decision.

Gregory Conley of the American Vaping Association said the government “must appeal this ruling” to “protect adult access to less harmful alternatives to cigarettes.”

Under President Donald Trump’s FDA commissioner, Scott Gottlieb — who departed last month — the FDA said it would not require e-cigarette manufacturers to submit their products for review until 2022. Shortly before stepping down Gottlieb moved the deadline up to 2021.

But Grimm’s ruling suggests the FDA must move much faster. He calls for the health groups and the FDA to submit plans for moving forward with product reviews within 30 days.

Wednesday’s ruling follows a similar decision last September, when a federal judge said the FDA must move ahead with adding graphic warning labels to cigarette packs. The FDA was required to take that step under a 2009 law, but the process has been bogged down by legal challenges from tobacco companies.

“The courts are clearly pushing FDA — at behest of medical and consumer groups — to step up their regulatory pressure on industry,” said Marc Scheineson, a former FDA official who now advises companies with the law firm Alston & Bird.

Scheineson said he expects the FDA to argue that it doesn’t have the resources to process the flood of applications that industry would submit if the ruling is enforced.