As housing market wavers, brokers strategize to get buyers 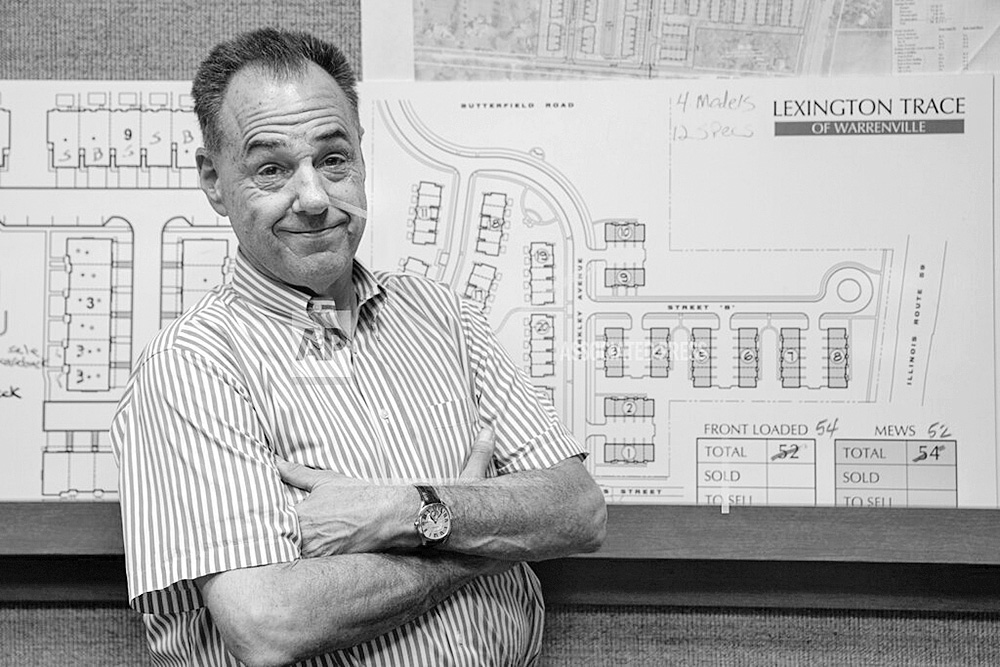 In this Tuesday, July 16, 2019 photo, Jeff Benach, co-owner of Lexington Homes poses for a portrait inside his office in Chicago. Lexington Homes, which has townhouse and single-family developments in the Chicago area, has been building smaller projects than in the past, Benach says. (AP Photo/Amr Alfiky)

NEW YORK — The persistently slow housing market has Debra Goodwin creating cooking videos to try to sell a house. Glenn Phillips finds himself explaining to sellers the reasons why they might have to take a loss on their homes.

Real estate agents have developed new strategies as they contend with a housing market that still hasn’t fully recovered from the crash that began in 2006. For many, revenue is flat because of a shortage of homes in the low-to-middle market, while higher-priced homes languish because they’re too expensive for many buyers.

“If a house has a great kitchen I might cook in the kitchen. Maybe they have a beautiful wine cellar or storage unit then I would feature that,” says Goodwin, who’s based in Irvington, New York.

Sales of already occupied homes rose 2.5% in May after two months of declines but were down more than 1% from a year earlier and 4.5% from two years ago, according to the National Association of Realtors. Even with the recent pickup, sales are weak because the number of homes on the market has fallen in recent years — many foreclosed homes were bought by investors and turned into rental properties, while prices for many homes haven’t returned to pre-recession levels, discouraging owners from selling.

Prices have risen enough, however, to outpace the modest gains in Americans’ incomes; prices rose 4.5% last year while incomes grew 3.2%, according to figures from the government and CoreLogic, a provider of business information.

Goodwin, whose revenue has been flat over the past year, has to be more proactive than in the past, when a posting on the real estate website Multiple Listing Service was standard operating procedure. Besides using videos that she posts on her website, she’ll seek publicity on a local TV station for some higher-end homes.

“You can’t just post on MLS and hope someone finds it,” Goodwin says.

Phillips and the agents at his company, Lake Homes Realty, have learned that to sell a high-end property, they may need to be brutally honest with homeowners whose asking price is way above what the market will bring. That’s a tactic brokers didn’t need to use before the housing crash.

“We started over a year ago, when we anticipated a slowdown. We started aggressively training agents to negotiate listing prices,” says Phillips, whose company is based in Hoover, Alabama, but sells lakefront homes in about half the states.

Phillips’ revenue growth has slowed the past two years. In 2018, revenue rose 22%, less than the 40% he expected based on prior years. So far in 2019, revenue is up 15%. The problem is that houses on the market are priced higher than what buyers are willing to pay.

Homebuilders are having similar struggles. New home sales dropped nearly 8% in May from April as would-be buyers shied away from higher-priced homes in the Northeast and the West, according to the Commerce Department. Sales were down 3.7% from a year earlier.

Lexington Homes, which has townhouse and single-family developments in the Chicago area, has been building smaller projects, co-owner Jeff Benach says. While in the past a development would have between 150 and 650 homes, now they tend to run between 20 and 50. And homes in some developments sell slower than expected, leading Benach to offer incentives like more expensive fixtures to encourage people to buy.

“I’d love to believe that we will get some momentum back some day, but I think the Chicago housing market will never see even close to the volume that we had before, at least in my lifetime,” Benach says.

Many real estate brokers have learned to be bloggers and experts in search engine optimization, the process that helps companies rank high in online searches. Pavel Khaykin, who buys homes in Massachusetts and rents or sells them, has started blogging on topics like foreclosure.

“If someone in a town in Massachusetts is facing foreclosure, they can land on our website and potentially reach out to us,” he says.

Khaykin says his revenue has been flat over the past year because of the lower inventory of available homes and because of too-high prices.