US economy dodges the threat of painful spending cuts 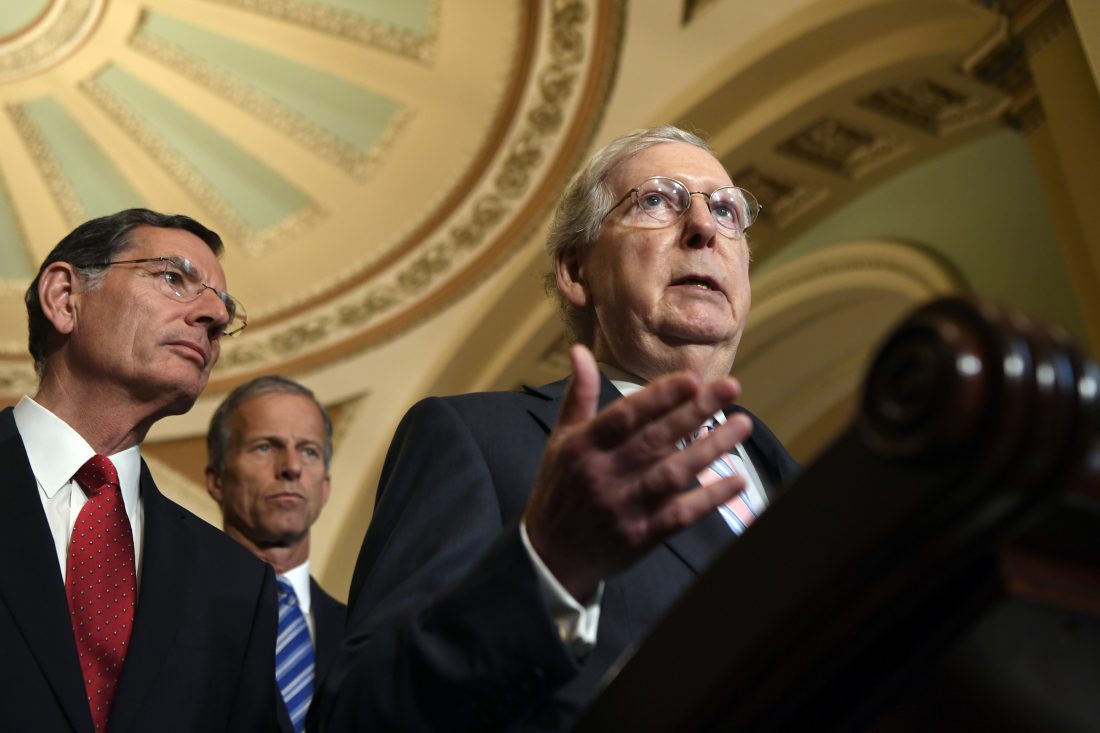 WASHINGTON — The budget agreement that congressional leaders and President Donald Trump forged late Monday lifted a big potential drag on the U.S. economy for this year and next.

Under the agreement, the economy was spared from a series of deep spending cuts that were set to take effect under a far-reaching budget law enacted in 2011. Monday’s agreement nullified those cuts and increased spending by $320 billion over two years.

Still, that additional spending isn’t expected to deliver a significant boost to the economy. That’s because the $320 billion figure is somewhat misleading. It’s an increase compared with the deep cuts that would have been required under the 2011 law. But it’s only a small gain compared with the current level of spending.

“It’s not so much that it’s a big boost, but it’s a pain that was avoided,” said Michael Puglianese, an economist at Wells Fargo Securities.

Like most economists, Puglianese hasn’t revised his economic forecasts based on Monday’s deal. He still expects economic growth to slip to 2.6% this year, a solid pace, from 2.9% in 2018.

Still, the budget deal preserves the higher levels of federal spending that have helped support the economy under Trump as he prepares to seek re-election. The agreement also lifts the limit on the government’s borrowing authority for two years, thereby avoiding a difficult battle that twice bedeviled the Obama administration and weighed on consumer sentiment and the financial markets.

The increase in the government’s borrowing authority, also known as the debt ceiling, has been a partisan flashpoint that has ignited epic political fights. If the debt ceiling isn’t raised, the government can no longer borrow and is forced to default on some of its obligations. It’s a prospect that can panic financial markets by eroding confidence in the United States as a place to invest.

Federal Reserve Chairman Jerome Powell had pointed to the debt ceiling as a potential risk for the U.S. economy in testimony before Congress earlier this month.

In 2011, a fight between the Republican-led Congress and President Barack Obama over raising the debt limit led Standard & Poor’s to downgrade its credit rating of the United States for the first time in U.S. history, from AAA to AA+. Consumer confidence fell, and stock markets plunged.

Another duel over raising the debt ceiling ensued in 2013. Congressional Republicans sought to use it as leverage to delay the implementation of Obama’s health care law.

“The budget fights have become less odious,” said Joe Song, senior U.S. economist at Bank of America Merrill Lynch. “We’re not threatening to breach the debt limit or have a government shutdown over it.”

The 2011 debt ceiling battle led to an agreement between Congress and the White House that capped the levels of domestic and military spending. Subsequent laws breached those caps but not by much.

That changed in 2018. Congress and the White House agreed to a package that increased spending by $300 billion over two years. After years of weighing on the economy, the government began to add to growth, particularly as it ramped up spending on military equipment.

In 2018, federal spending added nearly 0.2 percentage point to the economy’s growth rate — the most since 2010, when Obama’s stimulus package was still in effect. Federal spending cutbacks had reduced growth for four straight years, from 2011 through 2014.

Even with Monday’s agreement, economists expect the boost from extra government spending to fade by the end of this year. That’s one reason many economists foresee slower growth in 2020.

Some disputes over spending could still arise, Pugliese warns, particularly over how to actually spend the money the budget pact has authorized. The government shut down for 35 days in January as the two sides fought over border wall funding.

And the budget agreement means that the annual federal deficit will remain huge. The nonpartisan Congressional Budget Office in May estimated that it will reach nearly $900 billion for the current budget year.

Song note that the government’s interest payments will likely come in lower this year because the Fed has held off on expected rate hikes. That’s lowered the government’s cost of borrowing and offset much of the impact of higher spending, Song said.

Still, the deficits could eventually cause damage.

“We don’t know when the ax is going to fall, but economic theory would argue that at some point we are going to have to pay for it,” Song said.