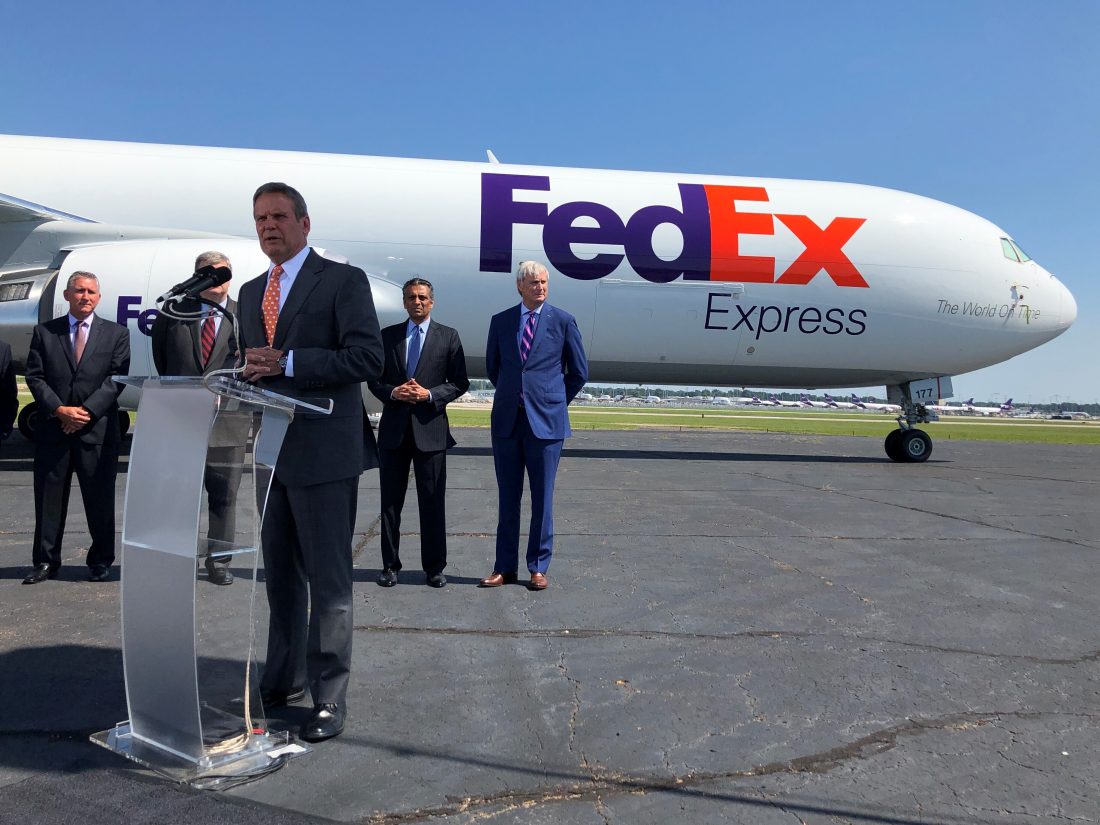 NEW YORK — FedEx says it will no longer make ground deliveries for Amazon as the online shopping giant builds its own fleet and becomes more of a threat to delivery companies.

The announcement Wednesday comes two months after FedEx terminated its air delivery contract with Amazon. FedEx said dumping Amazon is part of its plan to go after more e-commerce deliveries from other companies.

Traditional retailers like Walmart and Target want to sell more of their goods online, which in turn allows FedEx to distance itself from Amazon.com without suffering the same competitive damage it might once have.

“This does not come as a surprise to us,” Citi Research analyst Christian Wetherbee said in a note to clients. “The company is clearly trying to move away from its partnership with Amazon and we believe it is using this move as a selling point to win new non-Amazon business.”

Cowen analyst Helane Becker said FedEx’s profit margin on Amazon shipments is probably in the “very low single digits,” and she believes the company can replace those packages with more profitable business from other retailers.

Amazon is growing its own fleet of air and ground transportation, giving it more control of how its packages are delivered while reducing its reliance on FedEx, UPS and the U.S. Postal Service. The Seattle-based company has leased jets, built package-sorting hubs at airports and launched a program to let its contractor drivers start their own businesses delivering packages in vans stamped with the Amazon logo.

Last month, FedEx warned for the first time in a government filing that Amazon’s fledging delivery business could lower prices, hurt its revenue and “negatively impact our financial condition and results of operations.”

It was a departure from previous statements by FedEx officials — and those at UPS — who have long downplayed the idea that Amazon could become a competitor in the delivery business. They noted that it took many years and billions of dollars for their companies to build extensive, worldwide networks of planes and delivery trucks.

“I mean, we look at Amazon as a wonderful company and service, and they’re a good customer of ours,” said FedEx Chairman and CEO Fred Smith during an earnings call in December. “We don’t see them as a peer competitor at this point in time. For many reasons, we think it is doubtful that that will be the case.”

In a regulatory filing in February, Amazon tweaked the description of its business to say that competitors include transportation companies so FedEx “is taking them at their word and dropping them as a client,” Becker said.

“We think (FedEx) is treating Amazon like any other competitor. They wouldn’t carry competitor packages, like UPS, so why would they carry Amazon packages?” she said.

Amazon spent $27.7 billion on sorting and shipping costs last year, up from $16.2 billion two years earlier. Amazon doesn’t say how much of its packages flow through FedEx, but it’s likely a much smaller amount compared to UPS and the U.S. Postal Service.

“Nothing but respect for FedEx but they were very small piece of our network and vice versa, we wish them nothing but the best (conscious uncoupling at its finest),” tweeted Amazon executive Dave Clark, who oversees the company’s warehouses and delivery business. “We have great strategic partners who are part of our long term plan and we appreciate what they do for customers.”

Besides building its own delivery business, the online retailer wants to drop off packages to its shopper’s doorsteps even faster, which is proving to be a bigger expense than expected. Last month, Amazon admitted it would cost more than the $800 million it had said it would spend to switch its Prime two-day delivery promise to one-day delivery.