Nintendo banks on profits from characters 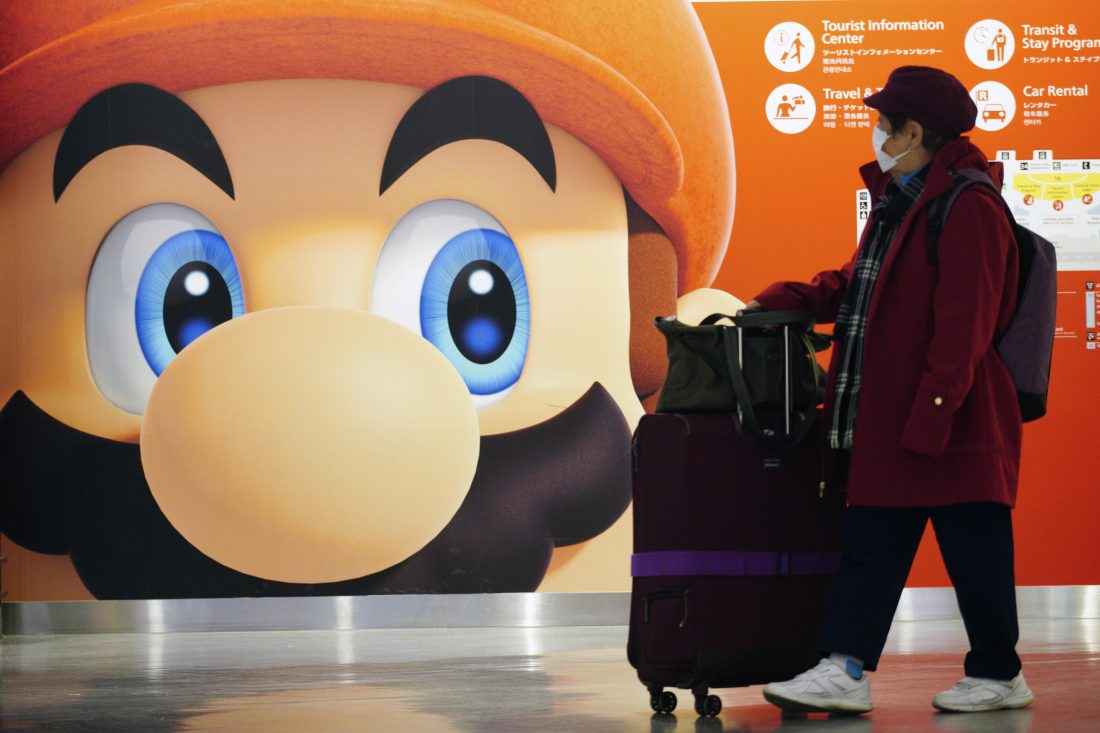 In this Jan. 23, 2020, photo, a traveler walks past a propaganda featuring Nintendo character at Narita airport in Narita, near Tokyo. Japanese video game maker Nintendo is reporting a 29% rise in quarterly profit on solid demand for its Switch console during the year-end shopping season. (AP Photo/Eugene Hoshiko)

TOKYO — Will Mario follow in the steps of Mickey Mouse? Japanese video game maker Nintendo Co. said Friday it is bullish about profiting from its characters by mirroring the historical appeal of the Disney franchise.

“We are thinking about the Nintendo brand that way,” said the company’s game designer, Shigeru Miyamoto. He stressed that Nintendo characters have an extra, interactive element because they originate from video games.

“We want more people to know our characters, not just through games,” he said.

Nintendo has been banking on its intellectual property. Its own branded store and event space in Tokyo has opened recently, and a Nintendo park is set to open at Universal Studios Japan in Osaka, central Japan, later this year. More are in the works, including in Hollywood and Singapore, according to the company.

Kyoto-based Nintendo was upbeat a day after reporting a 29% rise in quarterly profit on solid demand worldwide for the Switch console during the year-end shopping season.

With October-December profit at 134 billion yen ($1.2 billion), up from 104 billion yen a year earlier, it raised its full year Switch sales forecast to 19.5 million machines, up from 18 million projected earlier.

The Switch is a hybrid game machine that works both as a console and a tablet.

Nintendo said it continues to see opportunities for growth from the handheld Switch Lite, launched in September, which is a compact and lightweight version of the Switch meant for on-the-go playing.

Nintendo Chief Executive Shuntaro Furukawa said that four years after it was launched, the Switch holds promise for more growth that didn’t exist for previous consoles that peaked out after a few years. People may buy several Switch Lite machines in addition to the original Switch, he said.

Miyamoto said one strength of Nintendo products was that grandparents are playing with their grandchildren, highlighting a wide age range of users.

“We want to value that great appeal and do something unique,” he said of how characters might play out in future games, a Hollywood film and the theme parks.

Nintendo has raised its annual profit forecast to 210 billion yen ($1.9 billion), up 8% from the previous year, and better than an earlier projection for 180 billion yen ($1.7 billion) profit.