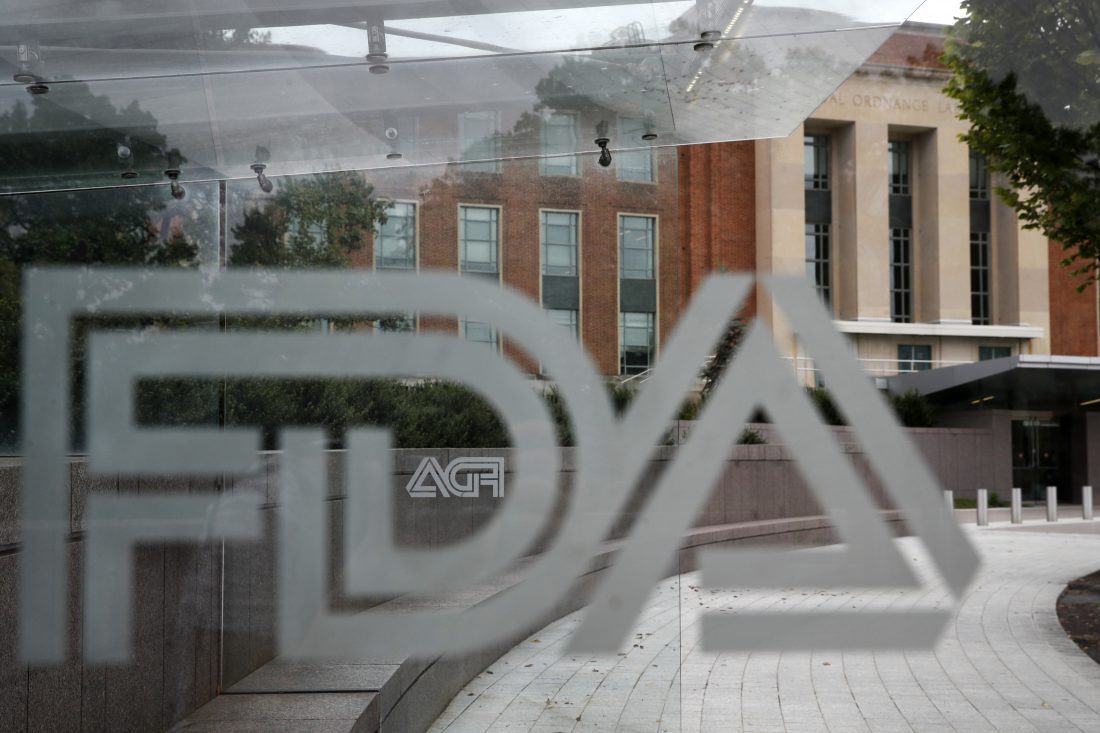 ap photo This 2018, file photo shows the U.S. Food and Drug Administration building behind FDA logos at a bus stop on the agency’s campus in Silver Spring, Md.

U.S. regulators have approved a new type of coronavirus test that administration officials have promoted as a key to opening up the country.

The Food and Drug Administration on Saturday announced emergency authorization for antigen tests developed by Quidel Corp. of San Diego. The test can rapidly detect fragments of virus proteins in samples collected from swabs swiped inside the nasal cavity, the FDA said in a statement.

The antigen test is the third type of test to be authorized by the FDA.

Currently, the only way to diagnose active COVID-19 is to test a patient’s nasal swab for the genetic material of the virus. While considered highly accurate, the tests can take hours and require expensive, specialized equipment mainly found at commercial labs, hospitals or universities.

A second type looks in the blood for antibodies, the proteins produced by the body days or weeks after fighting an infection. Such tests are helpful for researchers to understand how far a disease has spread within a community, but they aren’t useful for diagnosing active infections.

Antigen tests can diagnose active infections by detecting the earliest toxic traces of the virus rather than genetic code of the virus itself.

The FDA said that it expects to authorize more antigen tests in the future.

Quidel said Saturday that the test can provide an accurate, automated result in 15 minutes. The FDA’s emergency authorization “allows us to arm our health care workers and first responders with a frontline solution for COVID-19 diagnosis, accelerating the time to diagnosis and potential treatment,” Douglas Bryant, CEO of Quidel, said in a statement.

A genetic material test by Abbott Laboratories used at the White House also takes about 15 minutes.

The company said it specializes in testing for diseases and conditions including the flu and Lyme disease.

Quidel stock has more than doubled in value since the beginning of the year, closing Friday at $158.60.

The U.S. has tried to ramp up testing using the genetic method, but the country’s daily testing tally has been stuck in the 200,000 to 250,000-per-day range for several weeks, falling far short of the millions of daily tests that most experts say are needed to reopen schools, businesses, churches and other institutions of daily life.

That’s led White House adviser Dr. Deborah Birx and other federal officials to call for a “breakthrough” in the antigen tests.

“There will never be the ability on a nucleic acid test to do 300 million tests a day or to test everybody before they go to work or to school, but there might be with the antigen test,” Birx told reporters last month.

Recently, the National Institutes of Health announced $1.5 billion in research grants aimed at fast-tracking the development of rapid, easy-to-use testing approaches — including antigen tests — by the fall.