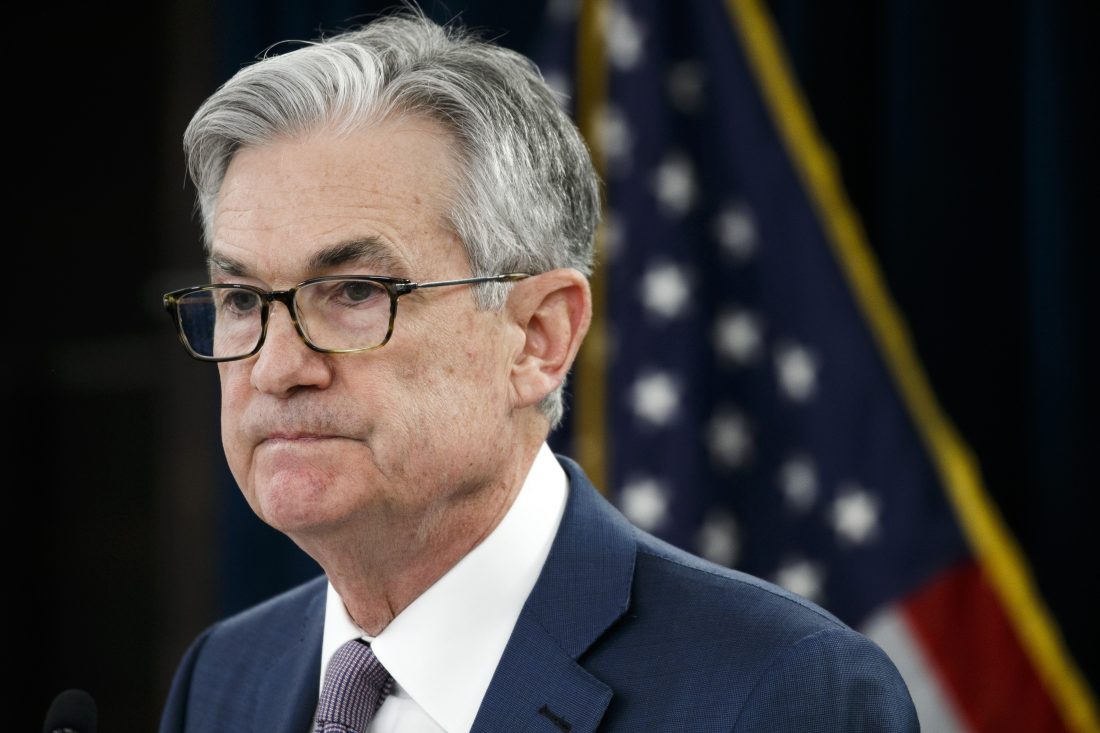 In this March 3 file photo, Federal Reserve Chair Jerome Powell pauses during a news conference to discuss an announcement from the Federal Open Market Committee, in Washington.

WASHINGTON — Confronted with an economy gripped by recession and high unemployment, the Federal Reserve signaled Wednesday that it expects to keep its key short-term interest rate near zero through 2022.

At the same time, the Fed said it will keep buying about $120 billion in Treasury and mortgage bonds each month to maintain low longer-term borrowing rates in an effort to spur spending and growth.

The Fed’s message Wednesday, in a statement after its latest policy meeting and in a virtual news conference by Chair Jerome Powell, was that it’s ready to do more to help support a shaky economy that faces significant uncertainty. Powell acknowledged that he and other Fed policymakers have only a hazy view of how the economy will fare in the coming months, largely because no one knows how quickly businesses may regain their health or resume a normal pace of hiring.

“It is clear that the Fed does not anticipate a V-shaped economic recovery and is positioned to move forcefully to support the economy,” said Joe Brusuelas, chief economist at RSM, referring to an economy that snaps back as quickly as it shrank.

Powell noted that the job market “may have hit bottom” last month, when employers added a surprise 2.5 million jobs, according to a government report last Friday. But he underscored that nearly 21 million Americans remain unemployed and that one solid jobs report was hardly enough to ensure that the economy is back on track — or alter the Fed’s intention to keep rates ultra-low.

In the statement, the Fed also credited its emergency lending programs for reviving the flow of credit to households and businesses, after markets had locked up in March when investors sold a range of securities to boost their cash holdings.

The central bank noted that the viral outbreak has caused a plunge in economic activity and surge in job losses. Fed officials estimate that the economy will shrink 6.5 percent this year, in line with other forecasts, before expanding 5 percent in 2021. They foresee the unemployment rate at 9.3 percent, near the peak of the last recession, by year’s end. The rate is now 13.3 percent.

The projections suggest that the Fed doesn’t see the economy fully recovering from the recession until 2023.

“My assumption is that there will be a significant chunk — well into the millions — of people who don’t get back to their old jobs,” Powell said. “It could be some years” before they find work.