WASHINGTON — The coronavirus pandemic sent the U.S. economy plunging by a record-shattering 32.9 percent annual rate last quarter and is still inflicting damage across the country, squeezing already struggling businesses and forcing a wave of layoffs that shows no sign of abating.

The economy’s collapse in the April-June quarter, stunning in its speed and depth, came as a resurgence of the viral outbreak has pushed businesses to close for a second time in many areas. The government’s estimate of the second-quarter fall in the gross domestic product has no comparison since records began in 1947. The previous worst quarterly contraction — at 10 percent, less than a third of what was reported Thursday — occurred in 1958 during the Eisenhower administration.

Soon after the government issued the bleak economic data, President Donald Trump diverted attention by suggesting a “delay” in the Nov. 3 presidential election, based on his unsubstantiated allegations that widespread mail-in voting will result in fraud. The dates of presidential elections are enshrined in federal law and would require an act of Congress to change.

So steep was the economic fall last quarter that most analysts expect a sharp rebound for the current July-September period. But with coronavirus cases rising in the majority of states and the Republican Senate proposing to scale back aid to the unemployed, the pain is likely to continue and potentially worsen in the months ahead.

The plunge in GDP “underscores the unprecedented hit to the economy from the pandemic,” said Andrew Hunter, senior U.S. economist at Capital Economics. “We expect it will take years for that damage to be fully recovered.”

That’s because the virus has taken square aim at the engine of the American economy — consumer spending, which accounts for about 70 percent of activity. That spending collapsed at a 34.6 percent annual rate last quarter as people holed up in their homes, travel all but froze, and shutdown orders forced many restaurants, bars, entertainment venues and other retail establishments to close. 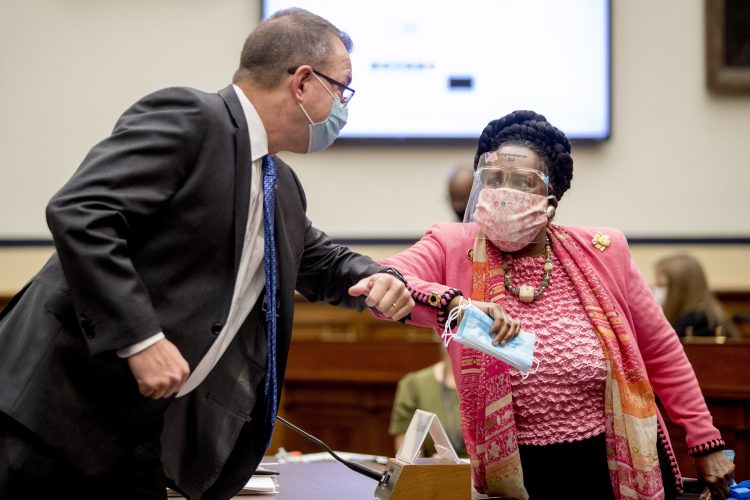