Taking in the destruction 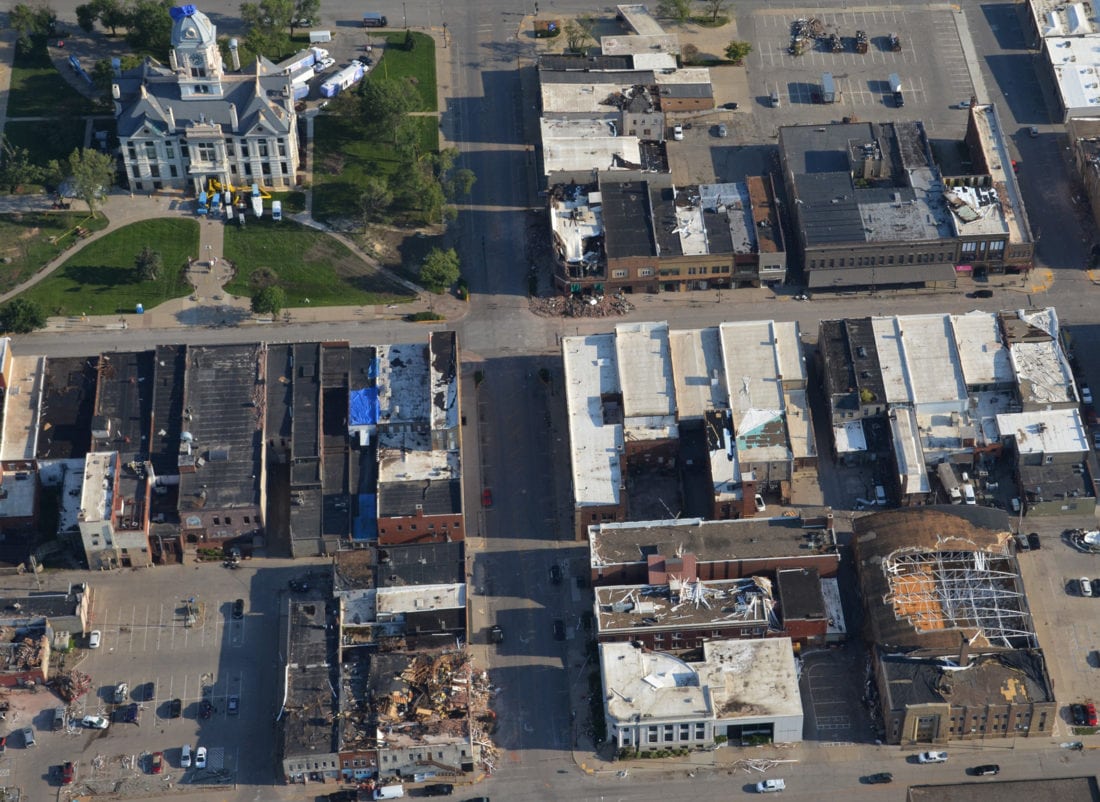 TR PHOTO BY GARRY BRANDENBURG - Debris and remnants of buildings scatter across Marshalltown, an aerial view from Saturday, July 21 shows. The downtown district and the north side of town were hit the hardest by a tornado that came through late Thursday afternoon.

At a bird’s eye view, you can see where a regular Thursday afternoon turned into a disaster.

As I flew over town with T-R correspondent Garry Bradenburg, you could see things you just can’t see on the ground. From the sky, it looks as though Godzilla came through, smashing things in a weaving line leaving some structures destroyed while the ones right next to them appeared untouched.

You can see where the storm devastated local businesses — taking roofs, shattering windows and covering most with dirt. You can see where the town’s resources like the courthouse, the Veterans Memorial Coliseum, City Hall and medical facilities were left abysmal at best.

In the northeast corner of town, the first thing you notice from the sky is blue squares — tarps covering homes where roofs once were. People, that looked like ants from 1,000 feet up, worked to move debris or fix what they could on their homes.

You can see piles upon pile of debris all throughout the damaged area and totalled cars facing every which direction.

It took us a little more than five minutes to fly over the path of the tornado in a small plane. Just as the tornado’s path began, it stopped, leaving behind nightmare conditions for Marshalltown.