Local man volunteers for Youth With A Mission 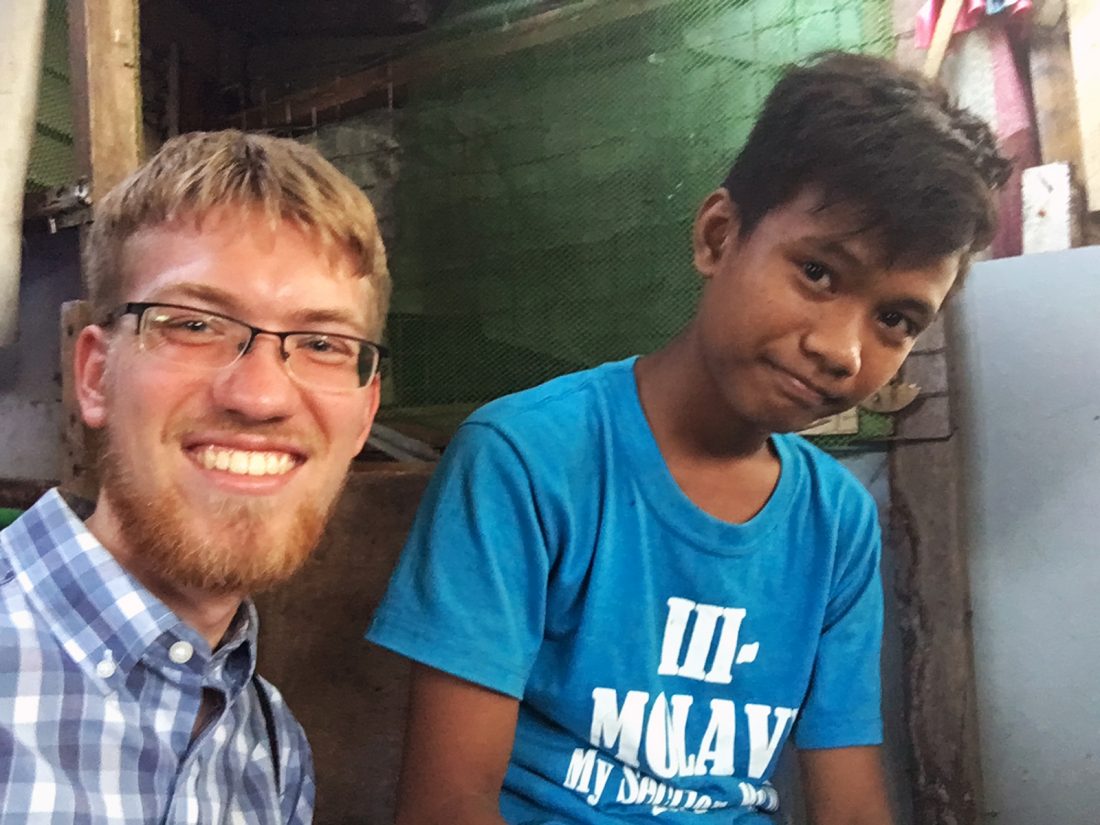 CONTRIBUTED PHOTO Daniel Blom, 22, a Marshalltown native, is pursuing ministry work for Youth With A Mission (YWAM) spending time in Hawaii and the Phillippines. Here he is pictured with a boy named Prince he met while working in the Phillippines.

Daniel Blom, 22, a Marshalltown native, graduated from Iowa State University in 2018 with a degree in mechanical engineering. But instead of going to work for an engineering firm like many of his classmates, he decided to pursue ministry work for Youth With A Mission (YWAM) spending time in Hawaii and the Philippines.

“I was reading a book someone had given me on YWAM and how they were opening a school in Kona, Hawaii that would train people to use the skills God had given them to make an impact around the world, and they talked about training short-term volunteers with practical skills to go to other countries,” Blom said. “There’s many engineering companies that I had offers from in the U.S. that I could have joined, but there is an impact to give people access to clean water in other countries, when they have to walk 4 to 5 miles a day, compared to making a small tweak on a product in the U.S.”

YWAM, founded in 1960, is an evangelical interdenominational, non-profit Christian missionary organization that calls together Christians from all backgrounds. It’s University of the Nations operates in 650 locations in 160 countries, providing programs in approximately 100 languages around the world.

“I prayed about this. I was in a public area, and this little girl ran down a hallway and stopped right in front of me and stared at me. She had a purple t-shirt on that said aloha. Then she ran away and just disappeared. About a week later, a teacher came up to me, who didn’t know me, and recommended I go to this University of Nations. God got my attention,” he said of his decision to join YWAM.

In September 2018, he traveled to Kona to begin Discipleship Training School (DTS) for three months. A total of 350 staff and students were in attendance. They were then sent out to 14 different countries for an additional three months, with Blom’s group of 80 sent to the Philippines.

While in Kona, he spent time mentoring middle schoolers.

“I specifically worked with students from the Marshall Islands, and unfortunately the history between the United States and the Marshall Islands is really sad,” Blom said. “The islands basically got destroyed during nuclear testing, so people have been displaced and a significant number ended up in Kona, Hawaii and resettlement there has been really challenging for their families and they haven’t necessarily been well-received. So in the school system we helped with an at-risk program, tutoring them and teaching sports and life skills. Just talking with those students and how they interacted with other students, they definitely felt less than. As a Christian, I believe every person is made in the image of God and has value and purpose and he has a destiny for each one of us.”

While in the Philippines capital of Manila, Blom continued mentoring youth, going into elementary, middle and high schools. A few of his colleagues reached out to prostitutes working in the red-light district, noting that many of them were under age 18. A week after the initial meeting with the women, the group learned 15 of them decided to leave work at the brothel based on their conversation about Jesus.

“What was hard to see was that as westerners we were very honored and thought very highly of — that we were above the Filipinos — but we talked to them about equality,” Blom said.

While in Manila, he met a 13-year-old boy named Prince who lives in a treehouse with an older brother, as orphans. Blom said plans are in place to get the boys placed with a family.

“They had to drop out of school and make two dollars a day collecting garbage,” Blom said.

He will next go to the International House of Prayer in Kansas City, Mo. in May, then return to Kona in September to serve as staff for the next semester of students coming into the school.

Because Blom’s work with YWAM is on a volunteer basis, he does support raising to cover his expenses. He plans to spend two additional years with the organization. For more information, Blom may be reached at daniel.lee.blom@gmail.com.

“I look at what Jesus has done for me and how he left his heavenly home. He came and lived among the lowly and had a relationship with us. Why wouldn’t I follow a person to the ends of the earth for love and I have the opportunity to do the same thing.”