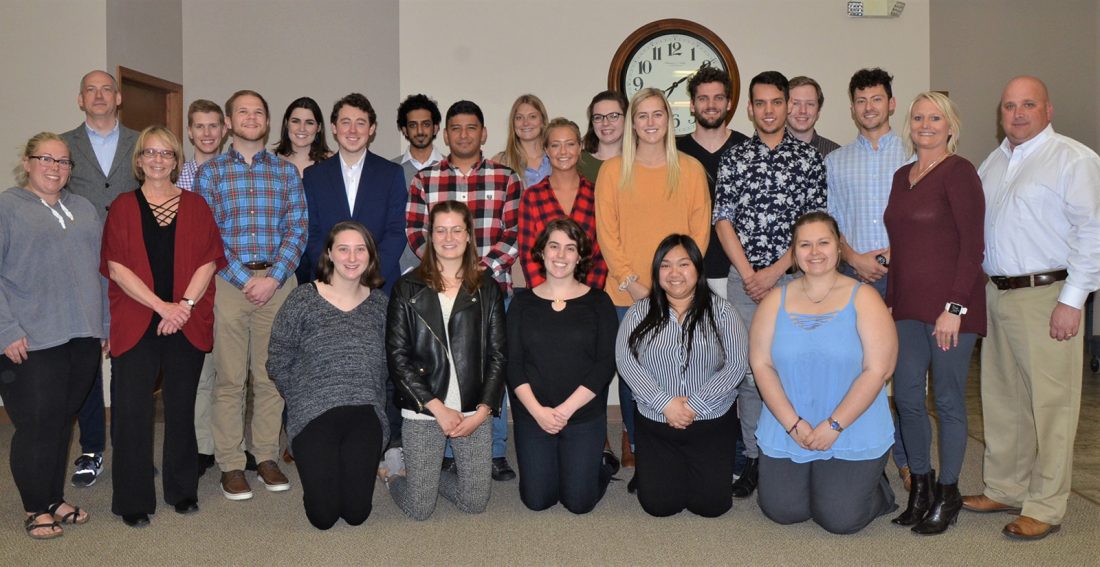 T-R PHOTO BY CHUCK FRIEND - Members of the Conrad comprehensive plan steering committee pose with the group of Iowa State University Planning Students and their professor after a final presentation to Conrad residents Wednesday evening. The 100+ page plan will be delivered to the city council this coming week, and can be viewed at the city clerk's office during regular office hours.

CONRAD – Early this year, a group of Iowa State University planning students were contacted to help a steering committee begin work on a 20-year visioning plan for the city of Conrad. Following steering committee meetings with the students in February and a survey and outreach meeting in March, the group shared their final recommendations in a presentation this month at the Presbyterian Church in Conrad.

The process took 16 weeks and had not been done in the community since the 60s. The 100+ page report will be delivered to the city council next week and will be available for public viewing in the city clerk’s office. It is a broad-based proposal with purpose-based goals.

In the introduction to the presentation, it was noted the students found Conrad to be a close-knit community. Housing needs surfaced during research and the outreach session showed residents were concerned about the lack of enforcement of city ordinances and the overall image of Conrad, they said.

Business owners shared with the students that they wanted to be attractive to new people wanting to come to Conrad and yet maintain the population that the community has now. Lack of entertainment after work was a concern, and the need for more community events in addition to Black Dirt Days and Christmas in Conrad should be considered, the students found.

The elementary school students told the planning students that they would like to see more food sources as well as more indoor and outdoor recreation areas. High school students said their big concern was no job security, making them not want to stay in Conrad after graduation. They also mentioned the lack of spaces they’re able to hang out at currently.

Oakview Nursing Home residents were helpful in telling the students they’d like to see more public transportation so they could engage with the community as well as getting to Marshalltown, etc. and they wanted more dining facilities in the area.

The survey was returned by about 200 residents with the need for a new restaurant and recreational and entertainment spaces topping the list of things that people wanted to see. Other concerns mentioned lack of diversity with shopping, options for jobs and housing.

Issues brought up were the decline in school enrollment; the lack of attraction and entertainment that keep young people coming beck; and significant growing senior population.

In this section the group identified the goals of developing a vision for the downtown district; enhancing accessibility; boosting job opportunities and increase services. It was suggested that downtown standards should be addressed as far as design; exploring the accessibility needs of the 65+ population; using new approaches to promote Conrad such as quick fact sheets for developers to define building sites; listing building sites on Cedar Valley Regional Planning; and to increase property tax by 5 percent.

Goals for this area were to preserve the value of Conrad’s current housing stock; identifying sites for development and to introduce new types of housing. The north development project and downtown mixed use district were discussed. Other goals included affordable housing for all and accessible housing for all.

Issues in this area of the plan are safety, maintenance and expansion. Recommendations for sidewalks centered on improving sidewalks to be ADA compliant, including altering the city codes. For roads, it was recommended to finish paving West Grundy Avenue, and to change many yield signs to stop signs and repaint curbs and parking lines. The group thought the city should use more street lamps to improve safety, and to have the remaining sewer lines that were not inspected in 2010.

The number one goal is to make all of the parks and outdoor areas fully accessible. A recommendation was to be sure that the park playground surfaces were made ADA compliant. Signage was another big recommendation, as well as developing other outdoor opportunities for activities beside sports. Examples noted included a community garden or outdoor excursive area.

Walkability was number two with the idea for utilizing the Comet Trail and designating bike paths and use of open spaces to promote healthy activities. Environmental Resilience is third with Locality (historic preservation on Main Street), Sustainability (expanding recycling) and Conservation (make use of conservation zones).

Green Streets and Alleys was the last goal, with the suggestion to create Main Street, Center Street and Lillian Avenue into so called “green streets” with the planting of trees, installing new lamp posts and more. It was also suggested that two or three current alleys be converted to green alley multi-use spaces with mixed-purpose uses.

City Councilman Todd Schnathorst referenced the Iowa Watch article on small town challenges that appeared in the May 8 Times-Republican.

“Conrad is not immune to these types of challenges that other small towns are facing – the next step in our process is to answer, ‘What in the heck do we do now?'” he said. “What sets Conrad apart from others is the fact that we are very proud of our community. If one looks in the past they can see that Conrad had some very progressive people – movers and shakers that took risks and put a lot of their own blood, sweat and tears into making things happen.” 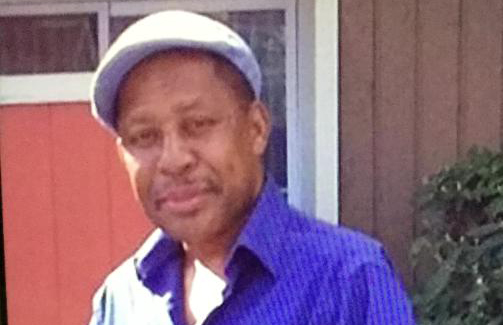