A DAY IN THE LIFE — Social worker 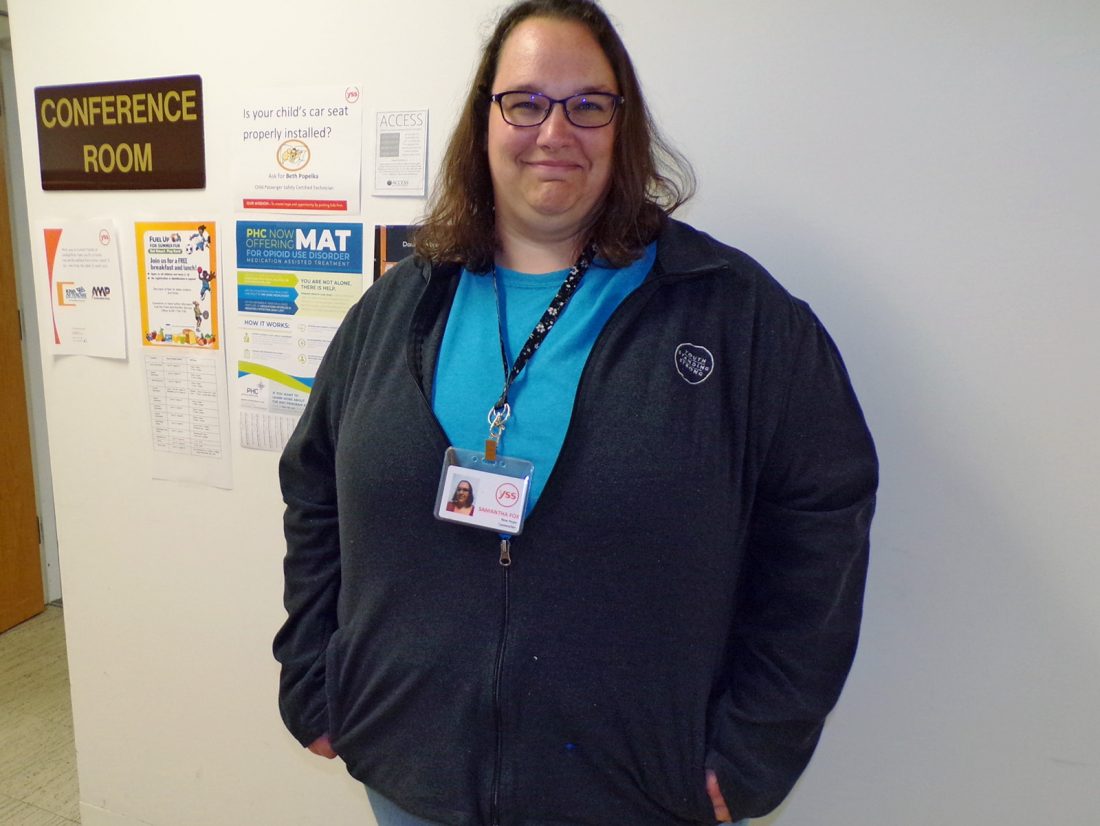 T-R PHOTO BY SARA JORDAN-HEINTZ Sam Fox, youth specialist at YSS of Marshall County, is a voice — and advocate — for people in crisis. A social worker, she helps young adults who are homeless and either pregnant or have children.

Editor’s note: This is part of a weekly series spotlighting various professionals in our community, highlighting the impact of their work. Have an idea for the series? Email sjordan@timesrepublican.com

Everyone needs a voice. Sam Fox, youth specialist at YSS of Marshall County, is a voice — and advocate — for people in crisis.

“It was a lot of finding myself in my early 20s. I was a non-traditional student; I was 25 when I went to get my associates degree,” Fox said. “I always knew I wanted to be in a field that helped people, but I couldn’t figure out what.”

Seven years ago, she started at YSS as an intern. She got hired part-time while working another job. She came on board full-time after earning her associates degree. She became a case worker after completing a bachelors degree in human services and psychology.

“She has a huge heart and represents the best of YSS’s core values — commitment, compassion, integrity and having the ‘can-do spirit,'” YSS of Marshall County Director David Hicks said. 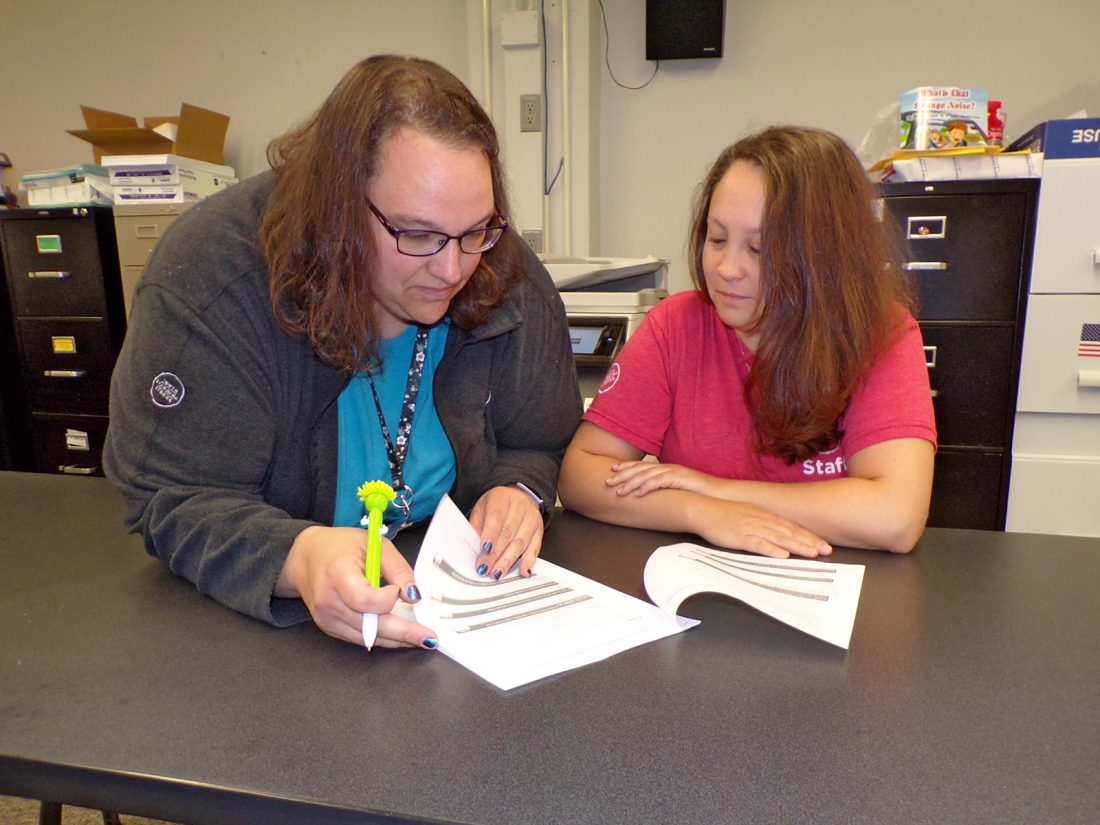 While Fox wears many different hats in her role as a social worker, her focus is on helping homeless, young adults — age 16-25 — who are either pregnant or have children, through the Light House program. She helps these individuals secure housing, jobs, medical care, social service benefits and more.

“I feel like people picture that person living under the bridge wearing shabby clothes, or that person sitting on the corner panhandling as the only types of homeless people there are,” she said.

Homelessness can take on the form of living in shelters, staying in hotels or couch surfing.

“Sometimes, it’s that mom walking down the street with her kid in a stroller trying to find something to do. Maybe it’s a kid riding his bike home to a hotel because his parents don’t have anywhere else to go,” she said.

Fox meets her clients either in-office or wherever is most convenient. YSS’s office was displaced after the July 2018 tornado and currently operates out of the basement of the Marshalltown Police Department, 22 N. Center St., until YSS takes over the entire building when the MPD moves into its new building in September.

“Working out of a basement has been hard. I don’t have access to all my files,” Fox said.

While the agency keeps 9 a.m. to 5 p.m. business hours, emergencies rarely happen when it’s most convenient.

“I am on call sometimes for the crisis line,” she said. “We try to work around what clients need, too, so if they work a 9 to 5 and because they’re required to meet with us once a week, maybe I’m meeting with them at their home at 7:30 at night.”

Substance abuse and mental health issues can complicate situations. Many people suffer with both, diagnosed as having co-occurring disorders, or dual disorders.

Fox said one of the most challenging aspects of her job is when people aren’t yet at the point they can commit to making life changes.

“I’ve had past participants who had to come in three times before they were ready – and we can work with that,” she said. “I really have a heart for helping anyone in need.”

YSS offers transitional living, renting apartments in Marshalltown for folks who are parenting to live in for up to two years.

“When you have three kids and try to stay on your mom and dad’s couch it can be very challenging for everybody in the household,” she said. “Once they get a job or get on FIP (Family Independence Program), we charge them 30 percent of income for rent, and then half of that is put in a savings for them so they have a nest egg ready, and the other half goes to us.”

Fox may work with a client for a period of weeks, months or years. She also encourages former clients to remain in touch, if desired. Programs are goal-driven, so clients decide on what aspects of their life they would like to improve. Fox often helps people budget their money, get to medical appointments and obtain food. In some cases, she is the only stable, positive influence in a person’s life.

“Some people maybe have a lot of serious medical things going on. For one girl (I worked with) I went to every appointment with her because she didn’t have many people in her life who could support her in something as scary as she was going through,” Fox said.

“Any of us are just one thing away from being homeless. For some people, it started because of a medical issue and they couldn’t work and pay rent, and it just snowballs,” she said.

Fox is a calming voice when clients face rough seas.

“I get great rewards seeing people make a connection, have that lightbulb come on,” she said. “Sometimes it’s years down the line before you see it. Seeing how far they come from where I know they began is so good,” she said.

In 1983, YSS, formerly known as Youth & Shelter Services, opened a branch in Marshalltown. The agency, first incorporated in 1976, also has offices in Ames, Boone, Des Moines, Mason City, Nevada and Webster City. It offers clients a variety of program and resources including transitional living, behavioral health counseling, family development and assistance for youth aging out of the foster care system.

T-R PHOTO BY SARA JORDAN-HEINTZ Sam Fox, youth specialist at YSS of Marshall County, is a voice — and advocate — for people in crisis. A social worker, she helps young adults who are homeless and either pregnant or have children.