Concerts continue throughout the summer 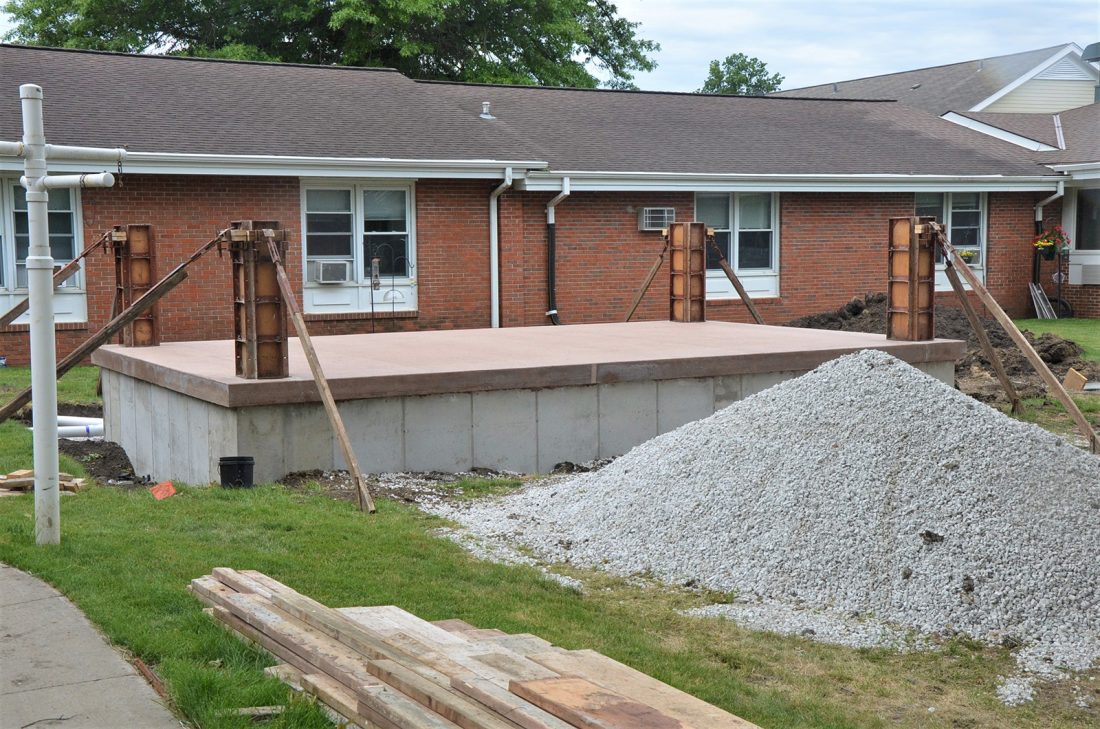 T-R PHOTO BY CHUCK FRIEND - Oakview Nursing Home's "Concerts Under the Oaks" will be getting a new outdoor stage in the near future. Woosly Construction began work in May.

CONRAD — It has been three or more years in the planning and fundraising stages, but before the season is over this fall, Oakview Nursing Home in Conrad will have a completed outdoor stage to hold its “Concerts Under the Oaks.”

Oakview Assistant Activity Director Kelly Case said fundraising began in March of 2016 when a soup supper kicked off the donation campaign needed for the project.

“Concerts under the Oaks have been a regular activity for the residents and the community for the past 15 years, but the performers were always on a flatbed trailer instead of a permanent facility,” Case said. “The concerts are a joint effort of the activities department and Oakview Maintenance Man Van Switzer who provides sound equipment and lines up the concert personnel.”

Oakview Nursing Home and Oak Estates Assisted Living Community Administrator Kara Butler said it had been extremely hard to find a contractor that wanted to take on the project before Scott Woosley of Woosley Construction came forward this spring. Also helping with the project is Rick Eckerman (member of the board of directors) and Larry Olson (friend of Oakview).

Construction began in May and the stage is to be completed (weather permitting) before of this year’s concert schedule.

“In fact, the concrete slab may be ready for the June 20 event ‚Äî although not fully completed,” Case said.

The stage will be a concrete platform with a roof supported by pillars. A concrete patio will be laid in front of the stage to make it easier for the residents of both facilities and community members to have solid seating.

All concerts begin at 6:30 p.m. and concertgoers are reminded to bring their own lawn chairs. The concerts are cancelled if it’s raining.

The public is cordially invited to all of these future concerts.

“We are blessed to live in a community that cares so much about our residents wellbeing, and so happy to be able to share these concerts with the community members as well as our residents and tenants,” Butler said.