A DAY IN THE LIFE — Design engineer 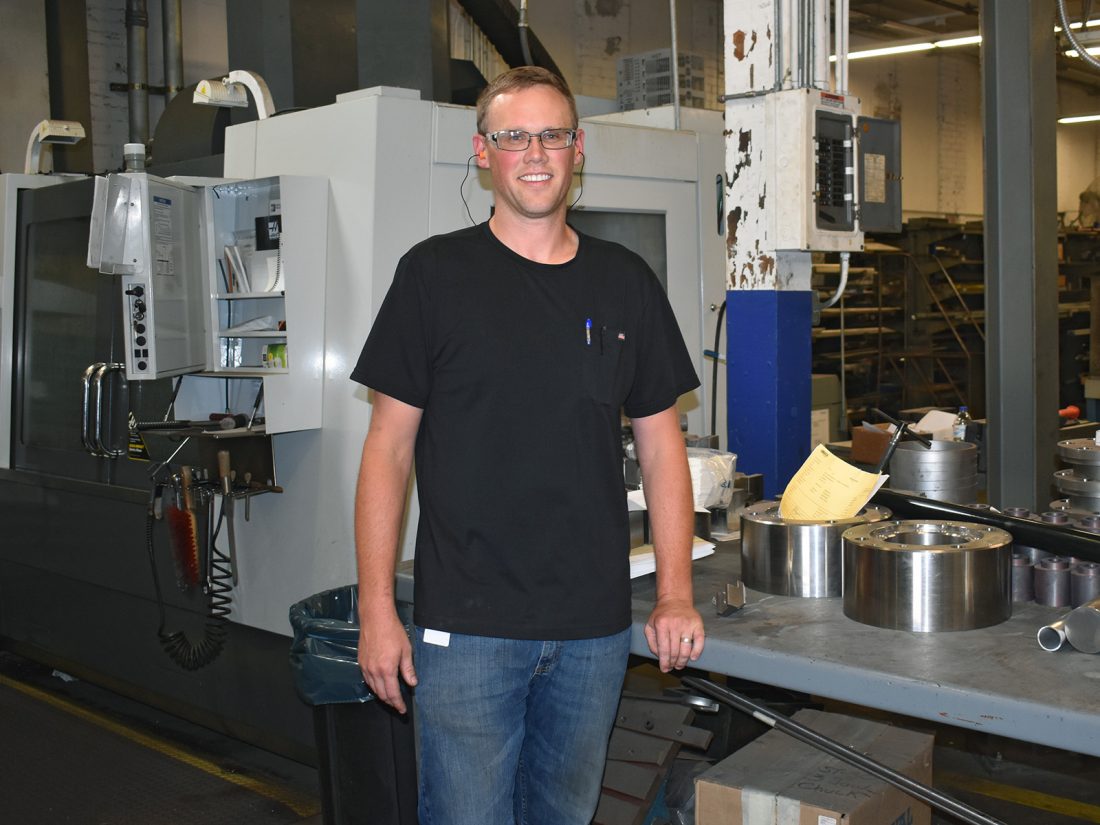 While engineering involves a heavy amount of math and science skills, it also requires a creative mind and artistic flaire.

Ross Schade works as a design engineer at MARSHALLTOWN, formerly known as Marshalltown Company. He’s been with the company for four and a half years, having been previously employed at Emerson for almost nine years as a new product development engineer, then at Almaco in Nevada for a year.

A native of South Dakota, from an early age, he’s been intrigued about how things work.

“I rode motorcycles growing up and worked on cars,” he said. 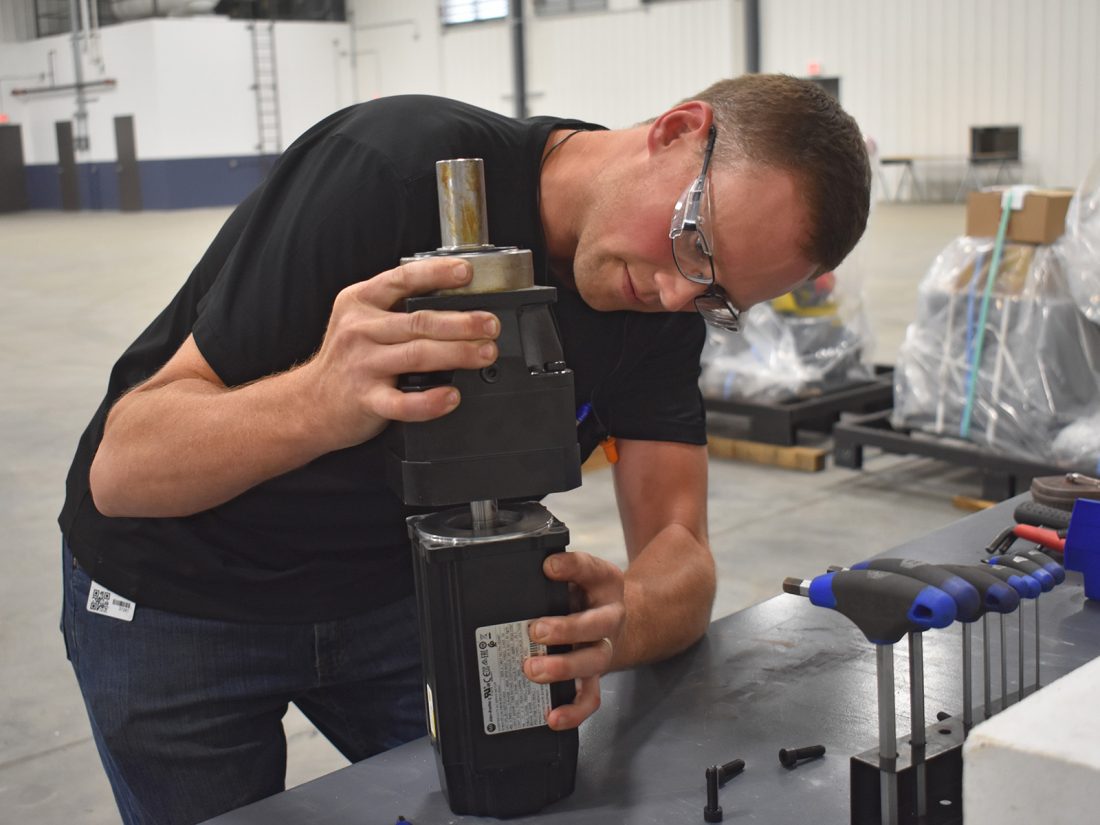 After jobshadowing a mechanical engineer at a 3M factory, Schade was hooked.

“When I followed her, she showed me some of the machines in their production facility and it was amazing — some of the most bizarre and impressive machines — and that’s when I knew I wanted to be a mechanical engineer,” he said.

MARSHALLTOWN is a global leader in the manufacturing of tools and equipment in the construction trades, noted for its trowels.

His work day at MARSHALLTOWN starts at 7 a.m. and wraps up by 4 p.m. He will see if there were any problems with machinery that occurred during second shift (3:30 p.m. to midnight) and address any concerns.

“I spend most of the day thinking of how to make forgings more efficiently,” he said. “Forging is a very difficult process. You’re heating metal to nearly 2,000 degrees, and hitting it with several hundred tons of force, doing it in a precise manner.”

Around five months ago, Schade began leading the forging group, which consists of four engineers. A total of 25 people work in the engineering department.

Schade is also involved in product development. He said someone in marketing might identify a need for a new product. Management then authorizes the spending of funds to explore this idea. Preliminary designs are made, beginning with sketches done by hand and 3D modeling. If those are approved, 2D prints are created, and a prototype is made. Test units allow the engineers to gain hands-on experience working with the new product. How many units are then created depends on the project.

Schade said the most rewarding aspect of the job is also the most challenging.

“The goal is always to maximize quality and efficiency while lowering costs. Those three things are always tugging against each other, and almost seem impossible,” he said. “Someone says ‘here is this extremely difficult task, go figure it out.’ If it has a lot of moving parts, every part can fail, so you try to make things as simple as possible, and I think there is an art to that.”

At any given time, the engineer will be working on 3-4 projects. Because every project is unique and completion depends on the availability of parts, Schade may have to shelve one project and turn attention to another, as to not fall behind in his work.

When a new part is created by MARSHALLTOWN, the engineers assemble it to evaluate performance.

“That is fairly unique to this company — the engineers not only design it but put it together and commission the piece of equipment. We’re working with controls engineers, electricians and maintenance personnel to do that. My hands get dirty every day. Most design engineers’ hands don’t get dirty,” he said.

Schade is proud of his accomplishments working to secure 10 patents during his time at Emerson.

“It’s exciting to create things no one has seen before,” he said.

In his spare time, he golfs and rides motorcycles. He enjoys chasing around his three kids.

“I have a Bridgeport Mill (machine) in my garage I like to mess around with,” he added.

He said youth interested in pursuing a career in engineering need to gain real-world experience.

“You need to get out and build something,” he said. “It is not always about the school you attend or GPA. You need to be able to work with your hands, know how mechanical parts interact, work well with others and collaborate.”