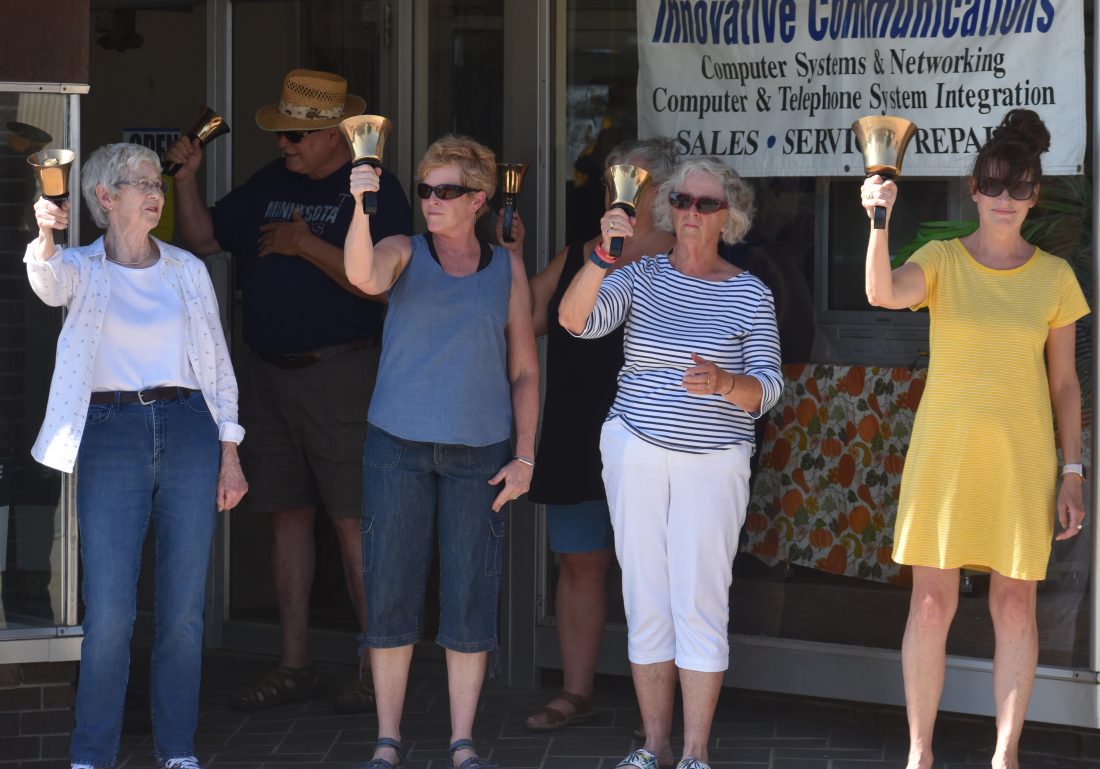 T-R PHOTO BY MIKE DONAHEY
Six bell ringers found shade by a Main Street business Friday as part of a ceremony with their chimes interspersed with city church bells commemorating the one-year anniversary of the tornado.

On Marshalltown’s Main Street Friday, church bells were heard followed by the soft chimes produced by six hand bell ringers to commemorate the first anniversary of the July 19 tornado. The melodic church bells from St. Paul’s Episcopal Church and others, combined with the hand bell ringing, were a stark contrast to the once roaring winds of the tornado one year before as it pushed its way down Main Street.

The Rev. Richard Graves of St. Paul’s emceed the short event timed to coincide with the tornado plowing a vicious path through more than eight miles of the Marshalltown community north of Boone Street.

Peak winds were estimated at 144 miles per hour and the tornado’s width was 900 yards, according to the National Weather Service.

“The reason for the bell-ringing was that at approximately 4:31p.m. the tornado came down west of town,” Graves said. “It was on the ground for approximately 13 minutes.”

Then one bell from St. Paul’s rang.

“Let us be as quiet as we can, to remember how difficult that day was, and how the community responded,” he said. “My house was hit, my church was hit. One of the first things I hears after I got up off the floor was the sound of many chainsaws, sirens. The tornado had just barely lifted off east of town and people had already started cleaning up.”