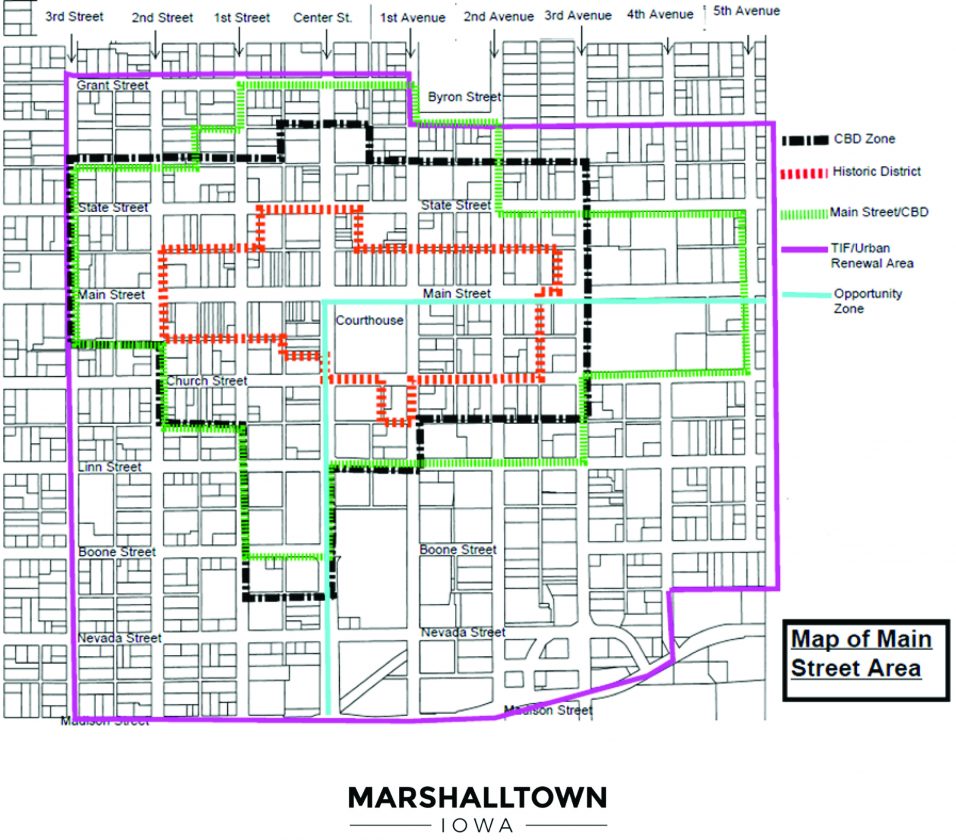 While nothing was finalized, it is clear councilors and staff want to have programs in place in the near future. Motivating debate at Monday night’s regular council meeting was a proposed amendment to the city’s Urban Renewal Area No. 4.

Perhaps a second factor was the opening earlier this month of the newly constructed Thompson True-Value store, a 14,000 clear-span facility not far from the Marshall County Courthouse – a downtown icon. Another example is the ongoing post-tornado repair of McGregor Furniture Co. building on Main Street or the newly remodeled Black Tire Bicycle Co. next door to McGregor Furniture.

At Monday night’s meeting and the June 24 meeting, Councilor-At-Large Leon Lamer made it clear incentive programs must be put in place for new construction projects, specifically businesses.

“I asked that this item be put on the agenda,” Lamer said. “We need to be able to respond to developers who want help putting in items like water sprinkler lines and other items. If a developer wants to build something new downtown we must show support. We help with installation of fire lines and facade grants for existing buildings. We need to take a hard look at those policies.”

As she did at the June 24 meeting, City Administrator Jessica Kinser said a variety of financial incentives for new building developers could be put into place.

“The urban renewal plan gives the council authority to offer tax rebates … that is a tool that can be used for new construction … to rebate their taxes specifically back to the builder over a period of time. One time cash grants could be done too. There are options for council.”

Motivating debate at the June 24 meeting was the release and approval of the city’s new downtown development plan.

“What we have before us is a really exciting downtown development plan,” Spohnheimer said then. “It gives us a tool and a guide to look at future private development.”

The concepts presented were six months in the making, encompassing ways to revamp the Central Business District following the July 2018 tornado.