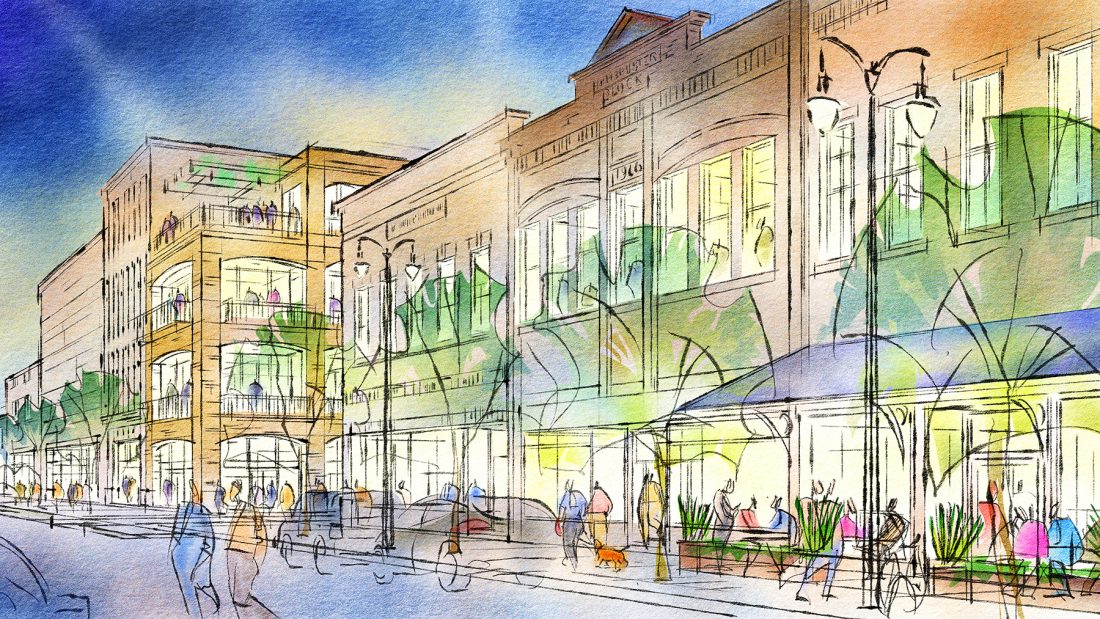 The Downtown Marshalltown Master Plan draft was unveiled to the public in June. The concepts presented were six months in the making, encompassing ways to revamp the area following the July 2018 tornado.

“Whenever an individual project would come forward, those have to be approved if they require city funds, such as streetscaping, public improvements, etc. It would have to be approved by the council, project by project. This Master Plan gives us a guide, especially as we talk to private developers coming in and we have the opportunity to say what our vision is,” City Housing and Community Development Director Michelle Spohnheimer said.

Project Manager Bob Kost of SEH Inc. has been working closely to develop the Master Plan.

“But funding is already going on and people have been applying for grants. (The work) is happening but it’s not all on the city. (The master plan) really tries to lay out strategies and give our recommendations that bring the private sector hand in glove with the public sector,” Kost said.

A Library Corner Park, to be built on a vacant lot at the southeast corner of Linn and South First Streets, would be multi-functional for library patrons, downtown residents and employees and a spot to enjoy the outdoors. It would include a fountain, shade structure, rain gardens/flower beds, shade trees, interactive public art playground, parking and more.

Nine places in downtown Marshalltown have been identified as potential spots for pocket parks, including full sun corner lots, under the Center Street bridge, surrounded by two walls, etc. These spaces could play host to concerts, kids programming, play spaces and more.

Streamlining downtown parking options is a key component of the master plan. It includes encouraging the development of underground and above ground parking, requiring bike parking facilities to be included in all new downtown development projects. Changes would also simplify on-street parking restrictions to 2-hour parking from 8 a.m. to 5 p.m., Monday through Friday.

The plan encourages converting Church and Linn Streets from one-way to two-way streets. The plan promotes conducting a traffic engineering study to access the impact on traffic and turning in downtown, and see if modifications to traffic control and signage is needed. In addition, it is encouraged to maintain current parking options in that area and use a “yield-street” configuration in the most narrow part of the streets, outside the downtown area.

Defined as a concept that has the potential to have a positive economic impact within an area, catalysts projects can gain funding through the Community Catalyst Building Remediation Program.

Defined as a “neighborhood within a neighborhood,” the goal is to cluster homes in close proximity to one another and include common green space/garden space. The homes would range between 800 and 1,400 square feet and be between 6-10 units per acre. This could span the areas along South Fourth in the Opportunity Zone.

For more information, and to view the Downtown Marshalltown Draft Plan, visit www.downtownmarshalltown.com.