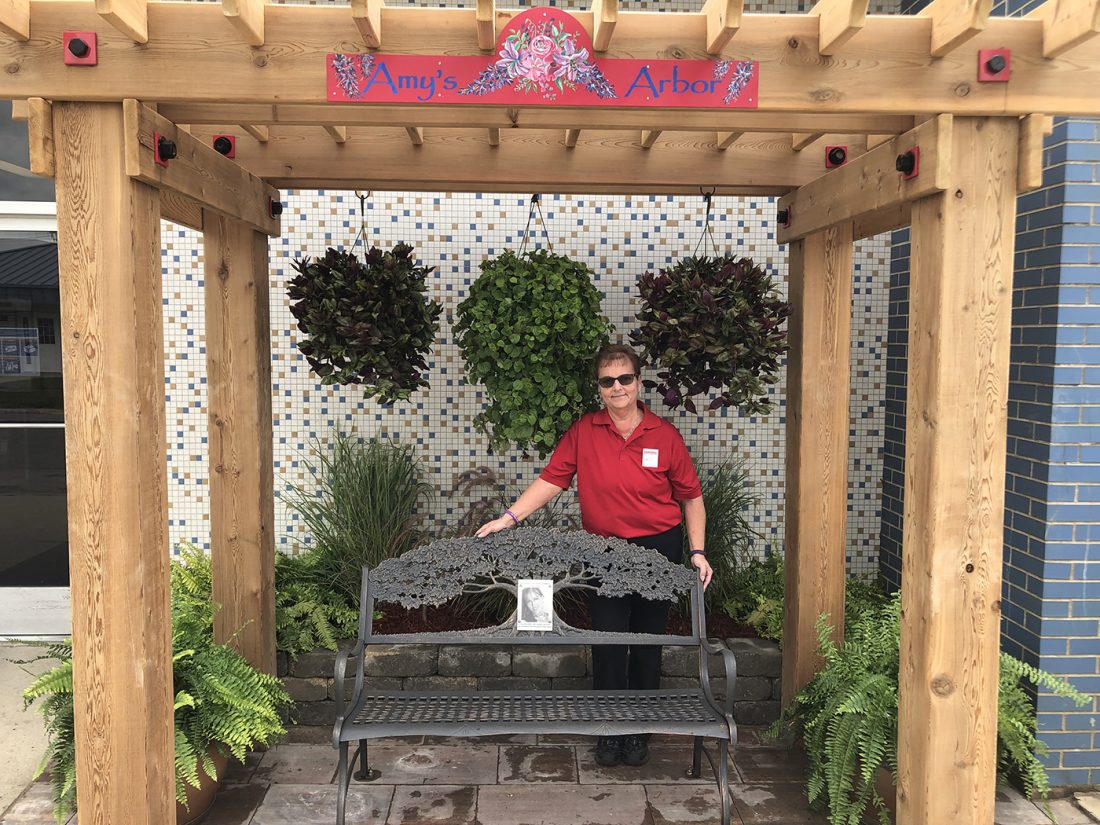 TR PHOTO BY LOGAN METZGER A memorial for Amy Sanders was dedicated at the marshalltown Post Office where she worked until her death in 2017. Her mother, Deb Smith, says she can thank everyone enough for their generosity and love.

A memorial was erected at the Marshalltown Post Office on Tuesday in memory of a postal worker who died while on the job.

Amy Sanders, of Grinnell, was struck and killed while driving a postal truck through the intersection of Church and South Center Street in 2017.

Sanders’ postal vehicle flipped over on its side following impact and she was pronounced dead at the scene. Meister was treated for minor injuries.

The memorial includes a pergola that is called “Amy’s Arbor” with a bench under it with a plaque on it that says “A co-worker, mother, wife, daughter and friend. You will always be remembered and missed forever!” The post office employees all pitched in together to create the memorial.

“This means that her memory will live on,” Deb Smith, Sanders’ mother, said. “There are so many loving people in this community that she took care of and are now giving back.”

Smith said she can’t thank everyone enough for the memorial. The memorial is located directly outside the Marshalltown Post Office.