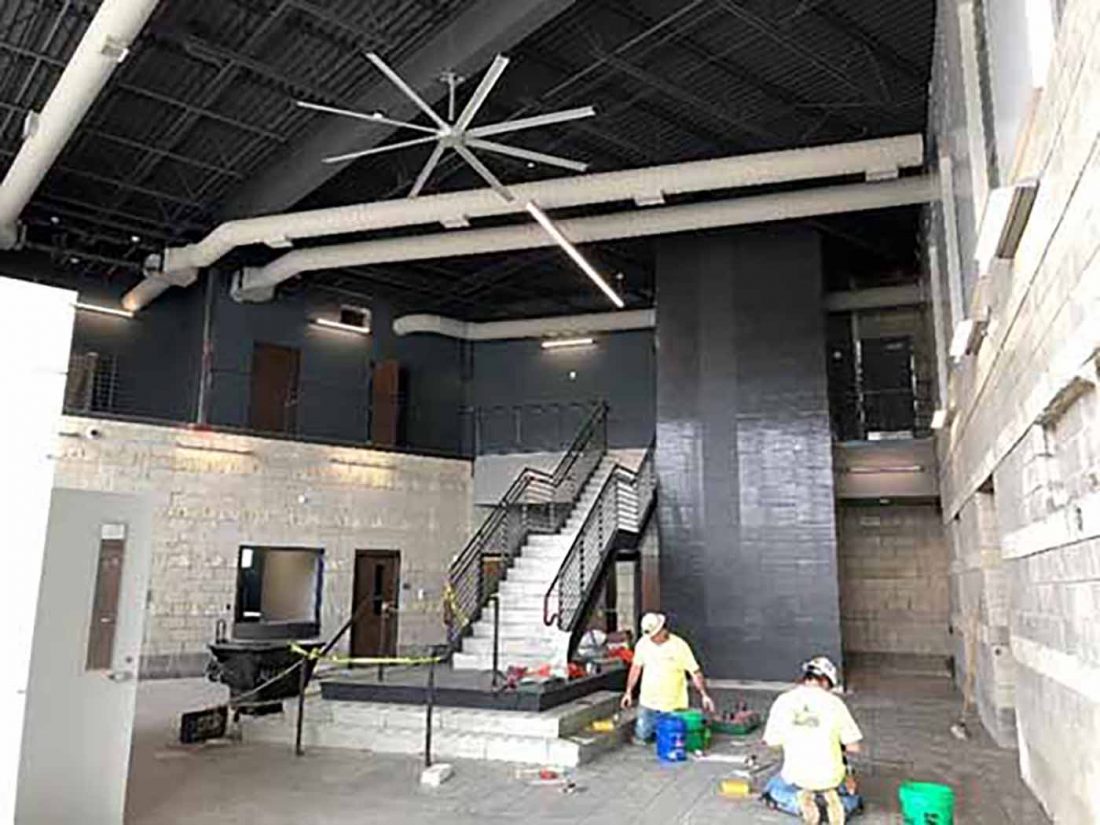 CONTRIBUTED PHOTO Construction workers in the joint Marshalltown Police Department/Fire Department building in the 900 block of South Second St are shown earlier this year. One of three artists will be selected by the Marshalltown Public Art Committee in the near future to have their work displayed.

One of three artists will be selected by the Marshalltown Public Art Committee and given the honor of placing his or her art at the new joint Marshalltown Police Department/Fire Department facility.

The 53,000 square-foot building is under construction in the 900 block of South Second St. MPAC member Heidi Dalal of Marshalltown said the three finalists were selected by fellow members and were told to submit conceptual designs and other information by Sept. 1.

The artists’ submissions will be evaluated and a winner selected afterwards. The three finalists were selected from a group of 29 who responded to a Request for Proposals due June 14.

MPAC — a program of the local Arts & Cultural Alliance — made their case to the city council earlier this year to place public art in the MPD/FD headquarters. The council unanimously allocated $55,000 for art at the building which may be placed inside or on the grounds.

“Much like ‘Drills’ — the Marshalltown High School Roundhouse renovation project — placing art in the new facility will enhance the overall beauty of the site and state-of-the art facility,” Rierson said.

“Public art is a community asset which plays an important role in the history and culture of any community,” Tupper said. “This project provides public safety with an opportunity to engage the community in a meaningful way, which I hope will allow us to turn this public safety space into something exciting and approachable.”

“We are excited to continue our partnership with local governments and community stakeholders by being a resource for public art projects,” Executive Director of the Arts & Cultural Alliance Amber Danielson said. “To see the support of the city council, police and fire departments to include public art is fantastic and we are thrilled to help lead the process.”