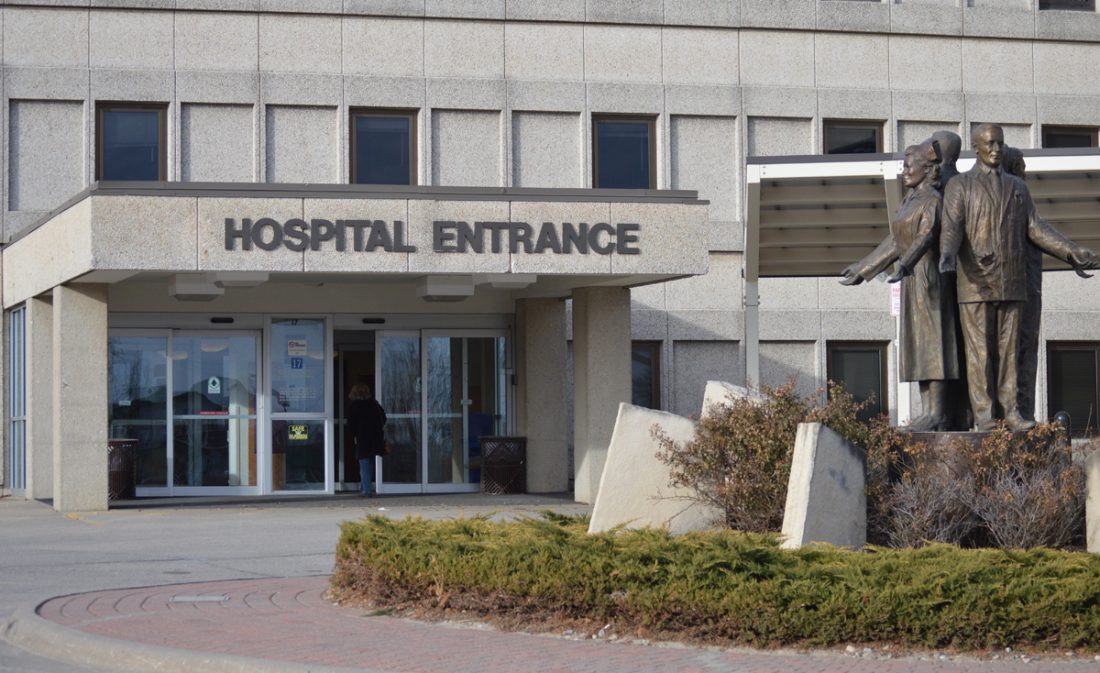 T-R PHOTO BY MIKE DONAHEY Pictured is a portion of the UnityPoint Health-Marshalltown Southside campus near the intersection of Highway 30 and Highway 14.

Marshalltown’s longtime downtown hospital and services are expected to be relocated to its southside medical park with planning efforts underway, hospital officials said.

“We are continuing to go through approval process with our system to consolidate and relocate to the south campus,” UnityPoint Health — Marshalltown President Jenni Friedly said. “More to come on the timeline.”

Central to the downtown facility, 3 S. Fourth Ave., is the emergency department, 49-bed hospital, administrative offices and more. The relocation proposal is part of the hospital’s announcement that its obstetrics unit and women’s health care center will close Sept. 30 because of declining births.

“While this is believed to be the last and final service to close in Marshalltown for the foreseeable future, UnityPoint Health — Marshalltown continues to evaluate how it can best serve this community, including the opportunity to potentially consolidate on and expanded south side campus,” hospital leaders said in a news release.

The relocation of emergency services has not been studied, hospital officials said, but Marshalltown police and fire department officials expect no disruption of services with the relocation.

“We are moving to the exact geographical center of Marshalltown and our personnel do first response for the ambulance on all medical calls in town,” Deputy Fire Chief Chris Cross said.

A new joint police and fire facility will open at the end of August.

The downtown hospital campus, opened in 1914, spans an entire city block and is an east-side anchor to Marshalltown’s Main Street and its businesses and restaurants.

At various roundtables hosted by local community, economic development and image-building groups, ideas of converting the mammoth building have ranged from housing or commercial development to a park.

The Marshalltown Downtown Development Master Plan, published in May of this year, identifies the hospital building and parking as a “Hospital Redevelopment Area.”

“The age and unique nature of the existing medical facilities are likely to limit or even prevent their reuse so redevelopment scenarios explored with this Downtown Master Plan assume the entire site will be cleared.

The hospital’s $35 million medical park at 55 Central Iowa Drive opened in August 2015 under the ownership of Central Iowa Healthcare. UnityPoint purchased all of the struggling hospital’s assets in 2017 after it declared bankruptcy.

The south campus is home to a award-winning wound clinic and diagnostic imaging department as well as a host of other services, including urgent care and physical therapy.