Woman arrested by MCSO after discharge from prison 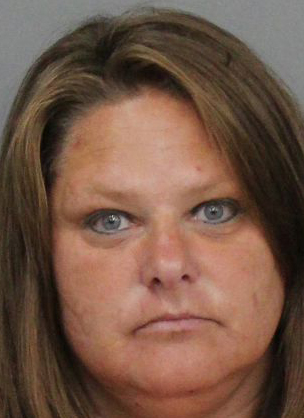 A suspected forger, address unknown, was arrested by the Marshall County Sheriff’s Office Tuesday after she was discharged from the Mitchellville Correctional Facility on a warrant charging her with several felony counts.

Anderson was taken to Marshall County Jail where she is being held on $25,000 cash or surety bond.

In 2018 she was seen on multiple store surveillance videos from stores throughout the state making multiple forgery transactions on the checking account of a Marshall County woman, according to a criminal complaint. The investigation revealed the forgeries in the victim’s name began July 30 and continued through Aug. 1 of last year.

Business surveillance videos depicted the same person making forgery transactions. The suspect was identified as operating a gray-colored PT Cruiser at some locations. In December last year, Urbandale police identified Anderson as the forgery suspect found to be operating a gray PT Cruiser with two of the victims’ checks in her possession.

Anderson was serving out a sentence in Mitchellville on offenses from other jurisdictions said Marshall County Sheriff Steve Hoffman.