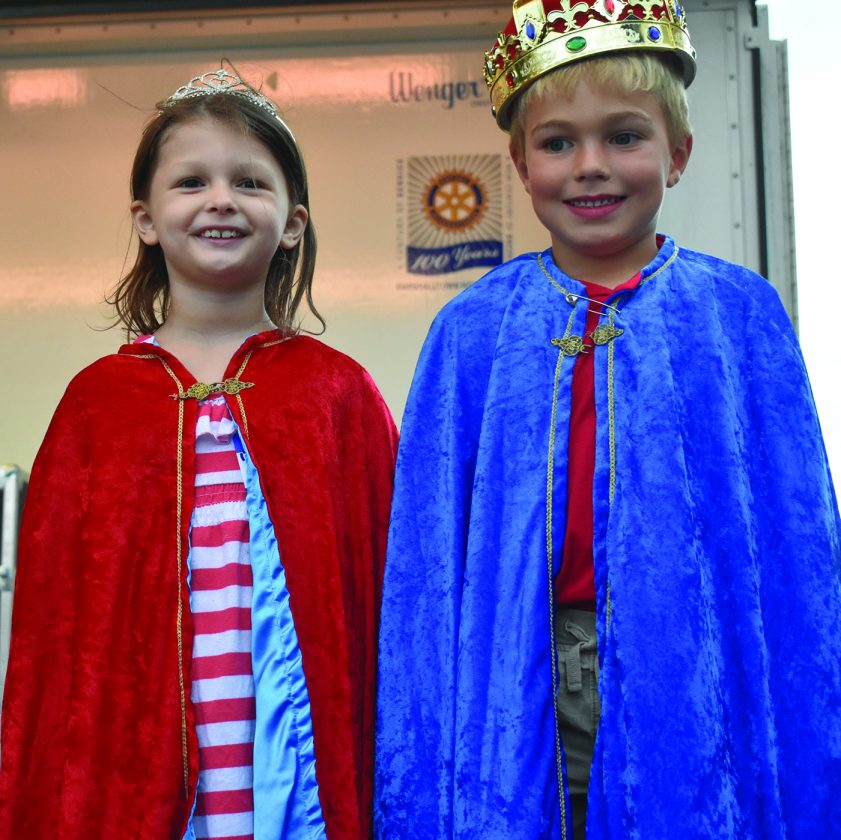 T-R PHOTO BY MIKE DONAHEY Skyler Stackhouse and Henry Hogan, both of Marshalltown were crowned 2019 Little Miss and Mr. Oktemberfest in ceremonies Thursday night near the Courthouse Square.

Skyler Stackhouse, 7, and Henry Hogan, 6, both of Marshalltown were crowned 2019 Little Miss and Mr. Oktemberfest in ceremonies Thursday night near the courthouse square.

The two were selected through a random drawing by event emcee Rev. Dylan Does of Marshalltown.

“I was hoping I would win,” said a smiling Stackhouse shortly after she received her robe and crown.

“This is fun,” said the Fisher Elementary School student as her parents, friends and relatives congratulated her.

Hogan, a St. Francis School student, was equally excited as he received congratulations from family and friends.

“This is fun,” he said with a big smile while wearing a crown and robe on the giant stage.

Every one of the nearly 40 participants was introduced on stage by Does, with each proudly announcing the name of their school.

Every Marshalltown elementary school was well represented, along with East Marshall and home-schooled students.

Does warmed up the crowd before selecting the winners.

“We are incredibly excited tonight to kick-off Oktemberfest with Little Miss and Mr. Oktemberfest,” he said. “Our theme is, ‘Looking Through Rose Colored Glasses,’ so who does not have a rose colored sports jacket in their closet?” he said while looking down at his. “If you do, you get to be the emcee. This is an exciting time, the British have royal coronations, in the United States we have a presidential inauguration every four years. Marshalltown annually has Little Miss and Mr. Oktemberfest.”

Stackhouse and Hogan will be feted Saturday in the annual Oktemberfest parade, which begins at 10 a.m.

Past winners were Genevive Caryl and Roman Medhaug in 2018, and Anora Hill and Jovanni Guzman in 2017.