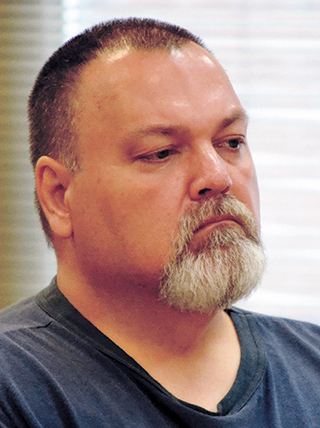 Tait Otis Purk’s conviction and sentence on 2nd degree murder in Tama County District Court has been affirmed by the Iowa Court of Appeals.

District Court Judge Ian K. Thornhill found Purk guilty of killing his girlfriend Cora Ann Okonski, 23. Okonski had vanished in Tama on April 16, 2000. Neither she, nor her body, have been located. Purk was indicted by a Tama County Gand Jury in December 2016. A bench trial was held in Toledo on December 2017.

The Appeals Court found Purk’s claims of ineffective counsel, improper evidence and the verdict was not supported by sufficient evidence were all faulty.

“The family of Cora Okonski recognizes the decision of the Iowa Court of Appeals is another step toward justice in State v. Purk,” Tama County Attorney Brent Heeren said. “The Okonski family is grateful and deeply appreciative of the efforts of the Iowa State Attorney General in convincing the appellate court to affirm the conviction.

“Cora’s family will never forget the time, expense, and dedication put into the investigation by the Iowa State DCI, the Tama Police Department, and the Office of the Tama County Sheriff during the nearly two decade investigation and two ‘back-to-back’ trials,” Heeren said.  “Cora’s son, Austin, is now an adult and he said ‘Thank you to everyone who helped.'”

At the time of sentencing Purk launched into a detailed denial of the case brought against him. He accused his defense attorneys, Scott Hunter and Aaron Siebrect of not following his directions at times.

“I loved Cora, I missed her,” Purk told Thornhill and about a dozen persons in the Tama County District Courtroom in Toledo at his sentencing.

Referring to a list on his defense table, Purk said he had 32 witnesses he wanted the defense to call which the attorneys declined to do.

“I did everything I was supposed to do,” he recounted of the days following the disappearance of Okonski. He said he reported her missing and cared for her son, Austin.

He claimed prosecution witnesses Chad Rogers and Sean Michael Ward were not credible. Ward testified he was told by Purk he had “choke-slammed Okonski” which resulted in her death while both men were federal prisoners in Ft. Leavenworth, Kan.

Purk told the court on Thursday that Ward had read a copy of the local paper in his cell because he subscribed and the case was followed with a “Where is Cora Ann” ” theme on occasion.

Purk said he would have never admitted to another prisoner if had been responsible for Okonski’s death.

He said they did have a good relationship.

He also took issue with the testimony which claimed he had dug a hole “so deep to bury Cora Ann’s body he had to build steps to get out.”

“It took 17 years to charge me,” Purk said in referring to Department of Criminal investigation and local law enforcement handling of the case.

Purk, 52, was also found guilty of first-degree murder in a trial held on a change of venue in Iowa County in May 2017. District Judge Mitchell E. Turner set aside that verdict in August 2017, citing issues he had with witnesses’ credibility.