City’s old firehouse to be sold at auction 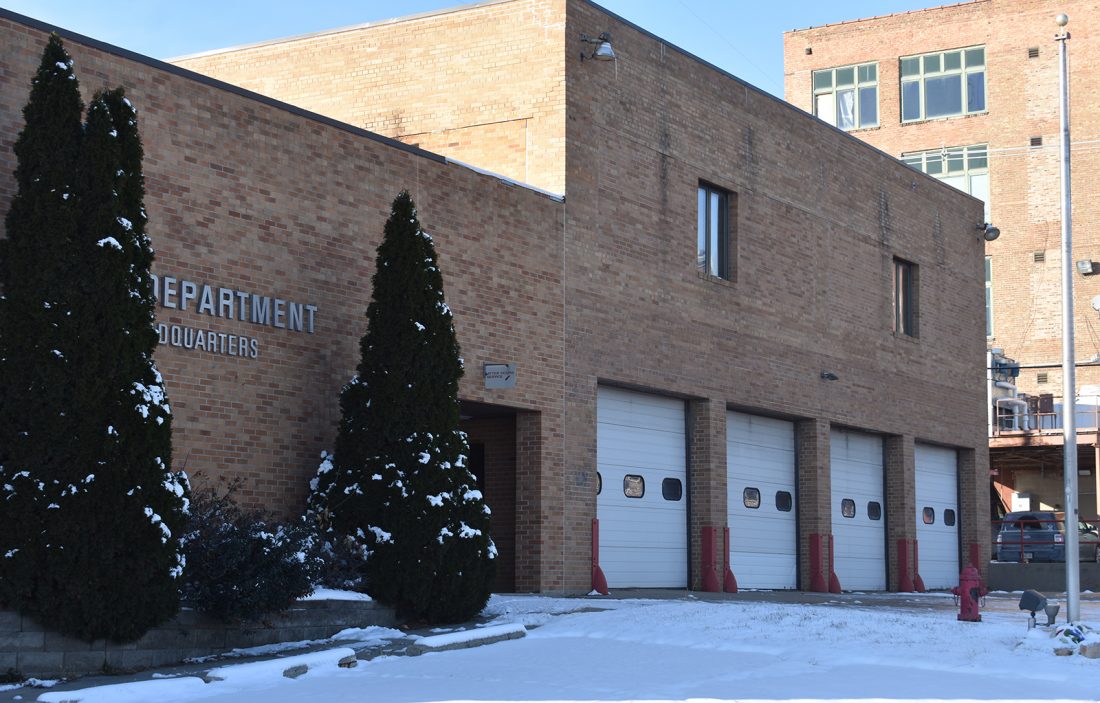 T-R PHOTO BY MIKE DONAHEY The “old” firehouse, 109 S. First Ave., Marshalltown, has been vacant since August. The city will hold a public auction to dispose of the 21,600 s.f. building in the immediate future.

The Marshalltown Fire Department’s home for more than 60 years will be sold to the highest bidder at an upcoming public auction.

“We told residents while building the new joint police and fire facility we would try to get the old firehouse and police station back on the tax rolls,” councilor at-large Leon Lamer said Monday. “We missed with the police station (it sold to the nonprofit Marshalltown office of Youth and Shelter Services for $35) We could get this one.”

Not to be sold will be the iconic brass poles fireman used to slide down when answering calls years ago. They will be removed and kept by the MFD.

A boiler and generator will also be removed and stored by the city.

The Marshalltown City Council voted unanimously at Monday night’s regular meeting to put the firehouse up for auction.

This was in response to seven inquiries made by parties to city administrator Jessica Kinser about the building since the fire department moved into the new facility.

“They are interested in knowing what our process is for disposal,” Kinser said.

“That is by far the fairest way to sell it while getting the highest bid,” he said. “We can put a ‘bottom’ number on it, so we get at least a minimum amount. Let’s get rid of it.

Whoever bids the highest will have a clean building, albeit one with a large crack on the building’s east wall that lets in rainwater.

“The building was recently cleaned out by the fire departments,” Kinser said.

The city will be releasing additional details about the auction in the immediate future, she said.