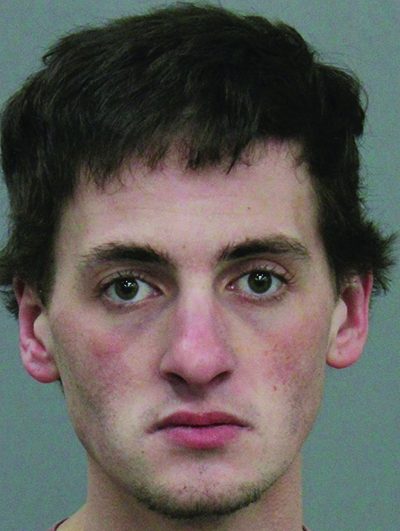 Baylee Austin Waldo, 24, of Gilman, was arrested by a Marshall County Sheriff’s deputy on a warrant issued by Marshalltown Police Tuesday and taken to jai.

All are Class D felonies.

From Aug. 7 to Sept. 2, Waldo forged and cashed 11 checks at a Marshalltown retailer for a total of nearly $1,827. The account was owned by his grandmother, Tana Johnson. She reported the checks were stolen while she was hospitalized. All 11 checks were written out to Waldo and signed by him when cashed.

At his initial appearance Wednesday, Waldo said he would hire local attorneys Kaplan and Frese LLP. Also, the district associate judge released him to supervision by the Department of Correctional Services. He was to report to DCS within 24 hours of being released to sign a pre-trial release agreement.