Public hearing to be held in the spring 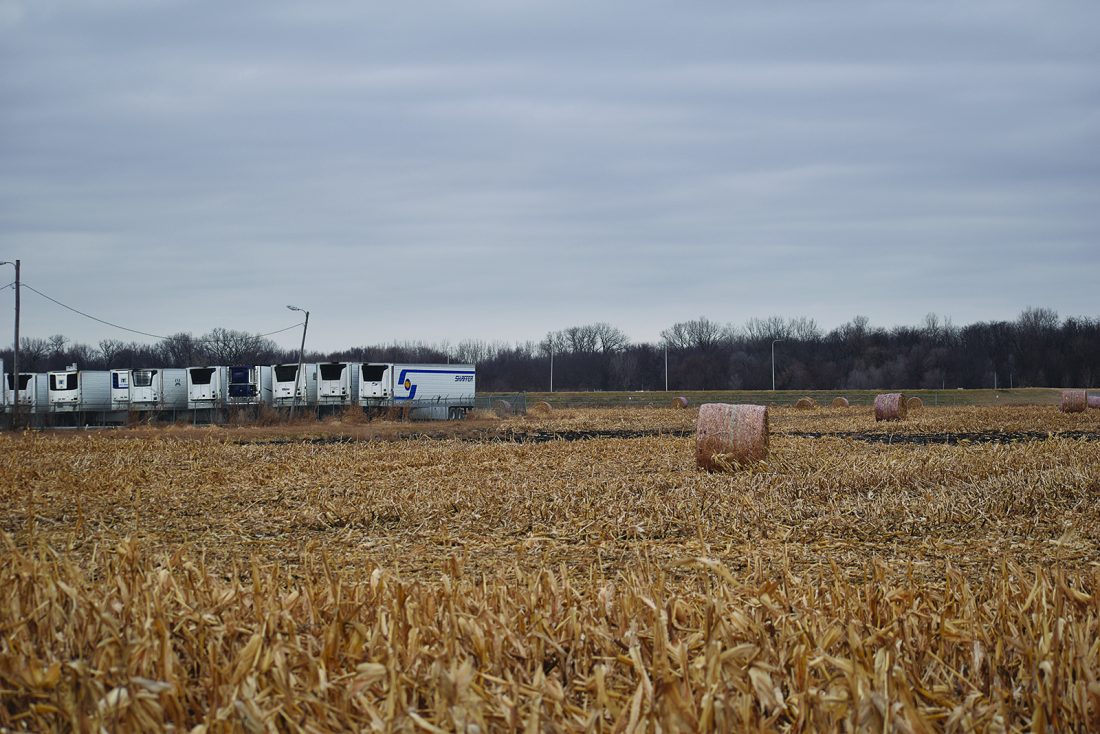 The agricultural fields north of JBS will soon house an extension of 13th Street, allowing for an easier flow of semi traffic to and from the plant.

Pending the completion of engineering plans in February or March of 2020, the City of Marshalltown is moving forward with the Edgewood Street extension.

A public hearing on the matter will be held in the early spring.

The multi-million dollar project has been in the works since 2018. It has an anticipated start in the coming spring and a completion at the end of 2020.

The road will be funded with a $1.6 million RISE — Revitalize Iowa’s Sound Economy — grant through the Iowa Department of Transportation.

However, the grant will not cover the entire cost. The city will use $2 million from collected sales tax and an additional $300,000 from the city’s road tax fund, with no increase in tax fees for taxpayers, according to city administrator Jessica Kinser.

The extension of Edgewood Street to East Marion Street will smooth the flow of traffic in the area by providing an alternate route for semis hauling trailers entering and leaving JBS.

Once started, the construction will not affect regular traffic until the connection onto Marion Street, allowing for as smooth a transition as possible.

A 2018 Bolton and Menk engineering study recommended the addition of a truck diversion route for those entering and exiting U.S. Highway 14/North Third Avenue.

The Marion Street intersection has had more accidents in comparison to the rest of the city, Kinser said.

There has been one fatal accident and 290 reported accidents at that intersection.

The land on which the extension will be built is agricultural land owned by the city, with a portion set to be purchased from Alliant Energy.

In October, the city rezoned the Marion Street area from low-density residential to heavy industry, allowing for a greater influx of industry growth in the community.

Kinser said that the project will open opportunities for further development in the city.

“This being something that really is an economic and growth value of our community as well,” Kinser said.

Despite minor protest from Edgewood Street residents, the city council voted in favor of the extension, citing safety concerns for those both on and off the highway.

“This is going to affect the lives and safety of the people that live on that highway,” Marshalltown Mayor Joel Greer said.